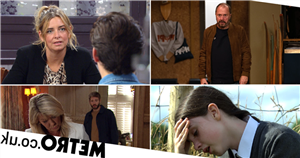 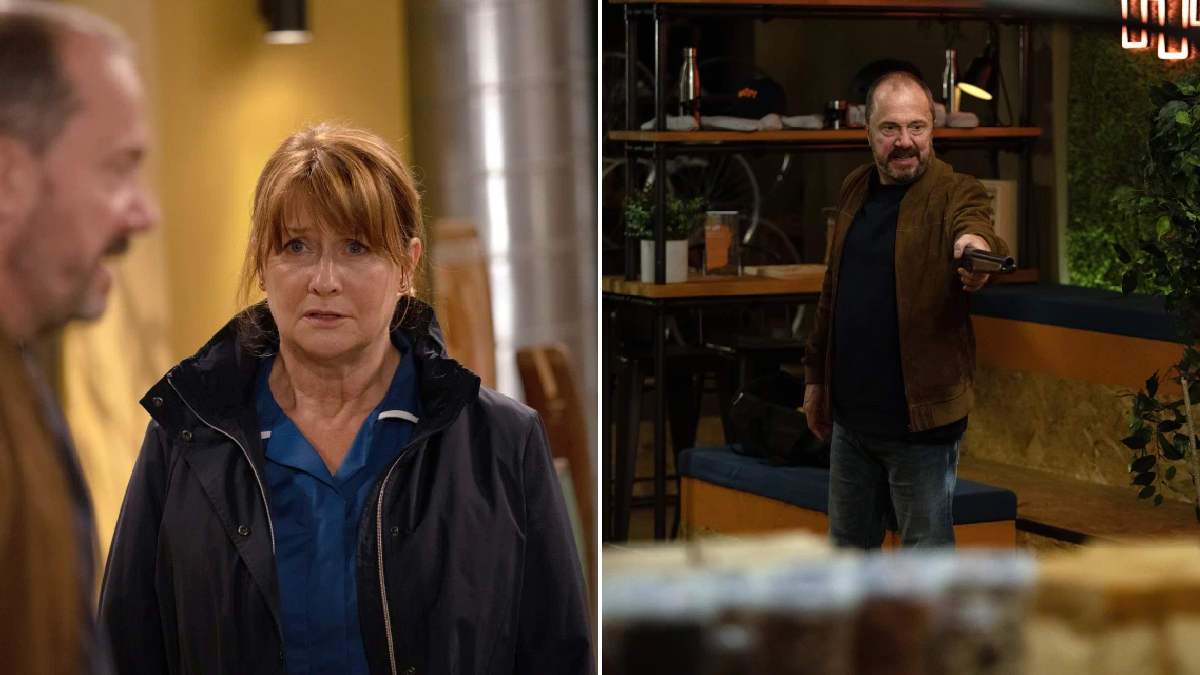 There are lives on the line and scenes or torment and horror in a particularly cheerless week in Emmerdale as Wendy Posner (Susan Cookson) and Victoria Barton (Isabel Hodgins) are held hostage at gunpoint – and a gunshot rings out.

This isn’t the only tragedy either as Leyla Harding (Roxy Shahidi) opens up about the loss of her baby while the bullying horror for April Windsor (Amelia Flanagan) only gets worse.

Wendy’s ex Russ reveals to her that the reason he’s on the run is because he shot a policeman during the armed robbery of a jewellery store.

Wendy realises Russ is much more dangerous than she had ever imagined.

Liam confronts Leyla, suspecting that something might be wrong. She eventually confirms that she’s had a miscarriage. Can Liam put his grief to one side and be there for his wife when she really needs him?

Charles tells Andrea that he loves her and April’s phone pings with messages and she realises her number has been posted online. She thinks this means she must know her bully. Cathy looks increasingly worried by this.

As the bully’s messages become increasingly threatening, April collapses into tears. Cathy is horrified by the level of emotional damage she’s responsible for.

As her guilt mounts, Cathy goes to the café and comes clean to Heath that she’s responsible for April’s bullying.

When Russ orders Wendy to convince Victoria to hand the money over, she does but instantly feels disgusted with herself.

Wendy is unaware that Russ has a plan B in the boot of his car: a sawn-off shotgun.

Kim is dumbfounded to discover that Jamie is back living under her roof after worming his way back in with Gabby.

Seeing Russ was willing to blackmail Wendy to rip off his grandson, Victoria is disgusted with him. As she makes to call the police, Russ reaches into his coat and pulls out the gun.

After taking Vic and Wendy’s phones, Russ secures the door to The Hide. The women are terrified to be held hostage.

When armed police arrive on the scene, the stand-off at The Hide escalates into a full-blown siege.

Outside The Hide, Jacob, Dan and Bob hear a shot ring out.

Meanwhile, Charity orders Mack to put Diane off the scent of their fling, and so he starts to flirt with Bernice.

Tracy warns Nate not to expect an instant fix, but he’s proud of how she’s working through it all.