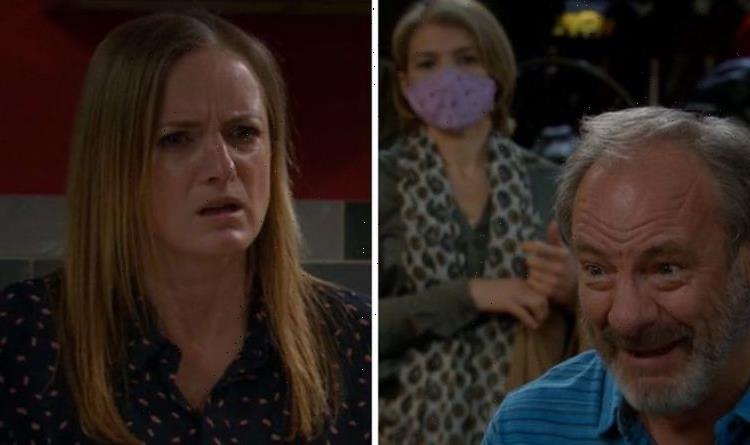 Nicola King (played by Nicola Wheeler) may not be Carl’s biological mother, but to her, he will always be her son. During the past few weeks on the ITV soap, Nicola’s marriage to Jimmy King (Nick Miles) has been on the rocks following his truck crash and death of Paul Ashdale (Reece Dinsdale). After being charged with Paul’s death by dangerous driving, the businessman decided to plead guilty which led him to make a major decision over his son Carl’s future.

Towards the end of Wednesday night’s Emmerdale, after failing to get his son to talk, Jimmy made the decision to hand Carl over to his mother Juliette – without telling his wife Nicola.

The custody battle Jimmy has had with Juliette had already put pressure on his marriage to Nicola, but will the news push his wife over the edge?

In the bid to get their son to talk, Carl asked Juliette to speak with him while he sat close by and overheard the entire conversation.

Six-year-old Carl explained to Juliette that he blames himself for Nicola and his dad arguing all the time. 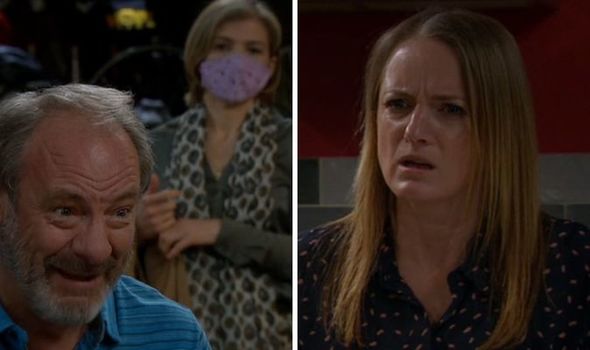 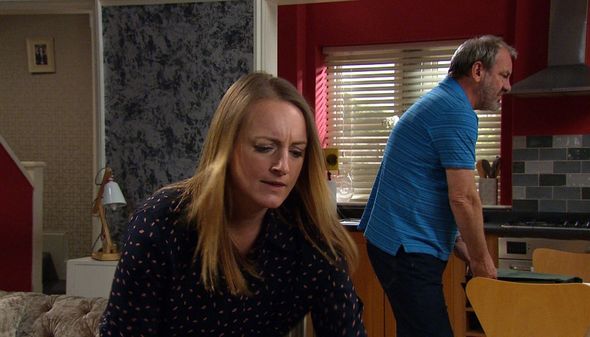 “I know it’s a tricky time at the moment,” Juliette said to Carl. “He says he’s explained to you about the poor man who died. It’s really sad, isn’t it?

“I think your daddy feels sadder than everyone even if he’s trying to not show it too much.

“That might make everything scary at home. Daddy has been different and mummy Nicola is worrying, is that why you’re being quiet, Carl?

“If you don’t talk, we don’t know what you’re feeling you see and you’re really important in all of this.”

She continued: “So, it doesn’t have to be daddy or mummy Nicola. If you’re upset about anything, you can tell me.”

Carl simply replied: “I like being quiet,” as his mum asked: “Why is that?” 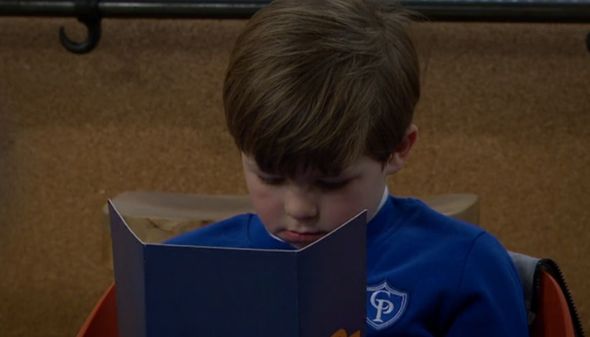 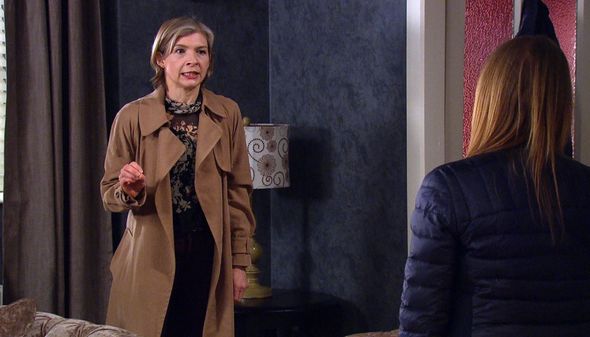 Carl continued: “Because nobody argues. I heard them, it’s my fault.

“Mummy was angry today because daddy is going to prison. He says he has to face the consequences.”

Meanwhile, Nicola opened up to Charity Dingle (Emma Atkins) about Jimmy’s idea to plead guilty, and in doing so she is persuaded to confront Jimmy.

As the episode came to a close, Nicola had a plan to speak with Jimmy about his court date, which is when her husband dealt the devastating blow that he had handed Carl over to Juliette for a few weeks.

“Come on Jimmy before Juliette comes back with Carl,” Nicola persisted. To which Jimmy simply replied: “She’s not.”

Jimmy went on to explain to his wife that Carl was going to be staying with Juliette for a few weeks, which did not go down well with Nicola.

“It was my idea,” Jimmy said. “I asked her, and she agreed. We said we’d give it three weeks to see how’d they go. He talked to her Nicola, he spoke.”

As Nicola began to get angry, she quizzed: “Do you have any idea what this is going to look like in court?

“You’re handing him to her, just when he needs us the most.”

“He doesn’t need us,” Jimmy shouted. “We’re doing this to him. He thinks it’s his fault that we are rowing.  He heard me this morning saying I was going to plead guilty.”

An emotional Nicola concluded: “This is his home, I am his mum. I am his mummy and we promised him we wouldn’t do this, don’t you remember?

“Tell Juliette that you made a mistake. I will never forgive you for this.”

Taking to social media to share their own theories about Nicola and Jimmy’s relationship, one tweeted: “Jimmy forgetting how it was Nicola who brought Carl up after Juliette dumped him like a bag of trash.”

Another penned: “Jimmy’s just put the last nail in the coffin of his relationship with Nicola.”

A third added: “Jimmy and Nicola are totally on the rocks ain’t they?” (sic)

“Nicola needs to beat some sense into Jimmy before it’s too late,” a fourth said.

What will Nicola do now Juliette has got her son and what lengths will she go to to get him back?