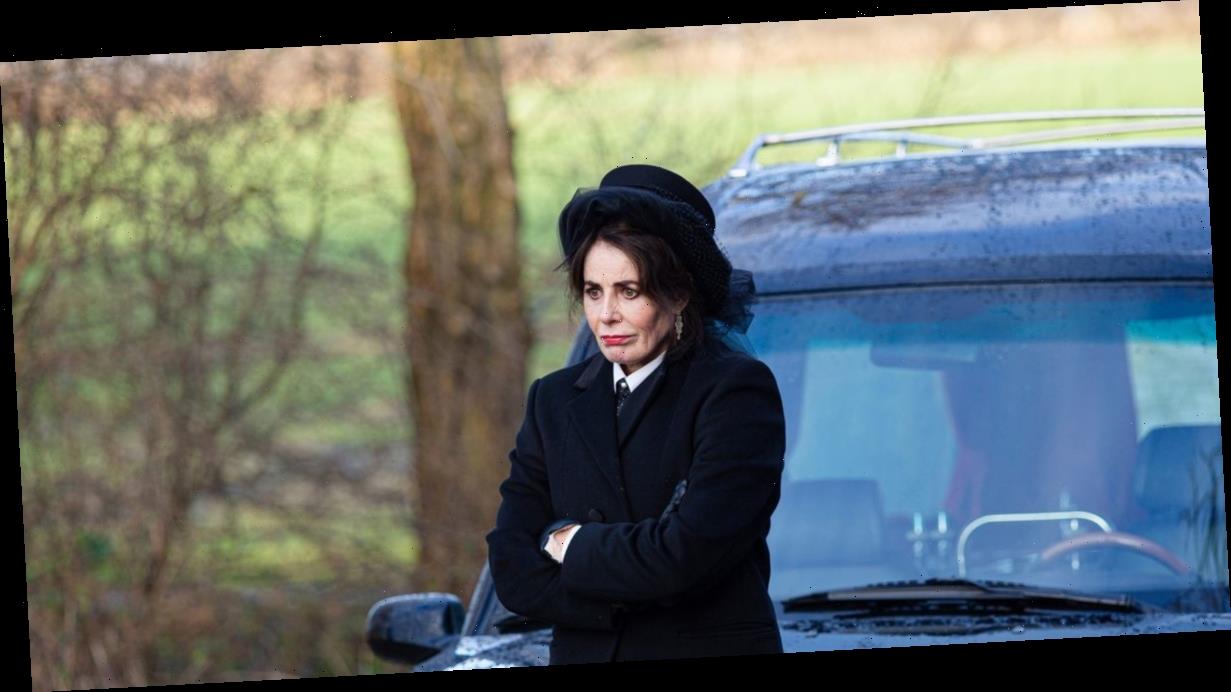 Emmerdale fans have missed Faith Dingle’s presence in the village, with her reputation for extravagance and questionable romantic pursuits.

Thankfully, the Dingle matriarch is making an almighty comeback, Emmerdale spoilers have revealed, appearing in the village next week in an unexpected funeral plot line.

Played by Sally Dexter, Faith will be welcomed by some, but others – namely her furious son Cain Dingle – will go out of their way to reject her return.

It all kicks off when Moira Dingle (Natalie J Robb) learns her plans for a romantic hotel getaway with hubby Cain Dingle (Jeff Hordley) are scuppered, with the venue cancelling their booking.

However, in the car park of the hotel, she runs into Faith, who is dressed head to toe in traditional mourning uniform. Recognising her estranged mother-in-law, a stunned Moira tries to confront Faith, seeking answers about her whereabouts.

The unexpected reunion proves too much for Faith, who runs to a waiting hearse, jumps into the driver’s seat, and speeds away, leaving Moira behind with more questions than answers.

Later, when Moira returns to the farm, she noticed the hearse parked near their home and realises Faith has decided to return.

Welcoming Faith inside the house, Moira probes her for answers and finally starts to learn the truth. Recalling the incidents of the past year and a half, Faith admits she was caught up in an ill-fated romance with an undertaker named Kenny, who has since left her with a broken heart.

Moira takes pity on her, but when Cain returns from the hospital, he is furious at the sight of his mother.

Faith begs her son’s forgiveness, pleading with him and apologising for lying about the existence of his lovechild Nate Robinson.

However, unable to let go of the past, Cain refuses to give in and orders her to get out of the house. Running out of options, Faith heads to Chas Dingle’s place, asking her daughter for a bed for the night.

While Chas is cold to her at first, she admits she missed her mother and invites her to stay, secretly thrilled to have her close once again.

In the days to come, Chas remains on Faith's side, and argues with Cain about their mother, begging him to let her stay in the village.

The siblings decide there’s only one way to solve their dilemma, arranging a “Dingle court” before the family.

Whether Faith stays or leaves is for the court to decide – what will be the verdict?

Emmerdale airs on weekdays at 7pm on ITV, with an extra helping on Thursdays at 8pm.