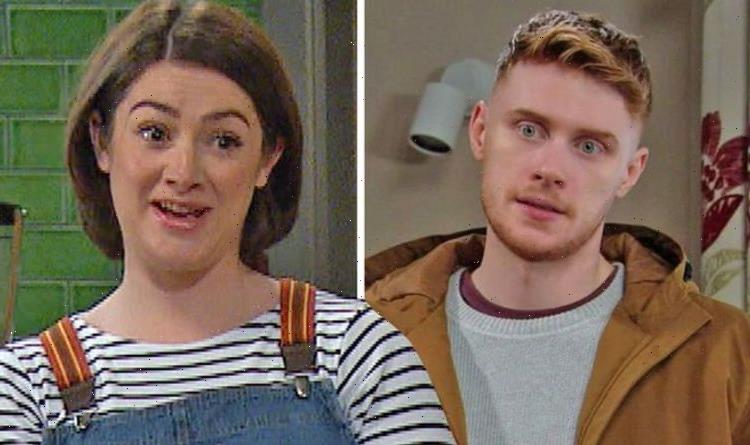 Emmerdale: Harriet Finch speaks to Charles in the pub

Victoria Sugden (played by Isabel Hodgins) hasn’t been seen on screen for a while and the fan-favourite is usually front and centre of some of Emmerdale’s biggest storylines. A few months ago, the mother-of-one broke up with her boyfriend, Luke Posner (Max Parker) after discovering he had previously dated a man. After some thought, Victoria realised Luke’s past did not affect the way she feels towards him. However, recent soap spoilers have suggested there could be another hiccup in their relationship. Will Victoria end up swiping across Luke’s profile on a gay dating app?

The newcomer struck up a friendship with Victoria, despite his past connection to Luke which she doesn’t know about.

Ethan thought he reconnected with his mother, but little does he know it is actually Meena Jutla (Paige Sandhu) who has been messaging him and posing as his mother.

Meena had set up a chance to meet Ethan, and obviously, his mother never showed up which left him extremely disheartened. 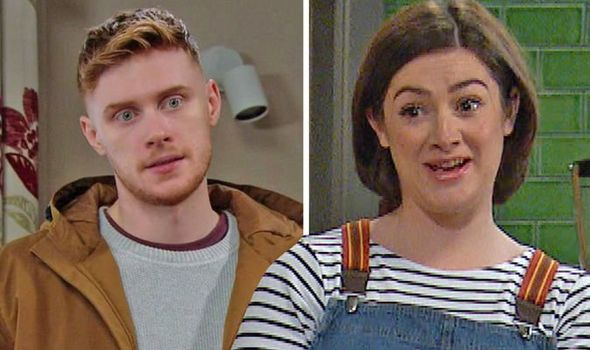 Ever since then, he has been in contact with his mother via text but has had no response.

And all of this has taken place behind his father, Charles Anderson (Kevin Mathurin) back.

Understandably, the vicar will be furious when he finds out about the betrayal of his son – after all, Ethan’s mother left them both high and dry with no explanation and Charles spent years trying to find her, so much so, he lost his own way in life.

But next week, Ethan sits his father down and explains to him what’s been happening over the past few weeks.

The solicitor tells Charles he no longer wants to look for his mother and puts the search behind him, adamant he is going to start living his life.

Elsewhere, Victoria runs into Ben Tucker (Simon Lennon) in the HOP and gets chatting his job and love life. 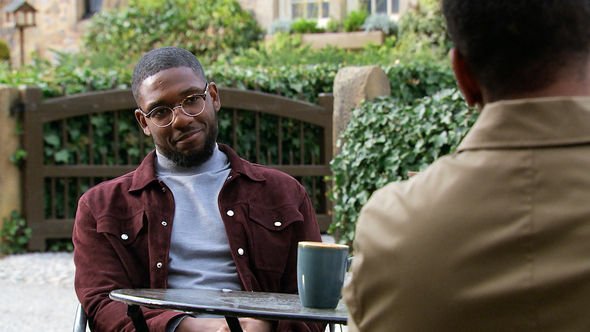 And it soon becomes apparent the kayak instructor is not over Aaron Dingle (Danny Miller).

Viewers will remember how the two used to go to school together with Aaron bullying Ben for his sexuality.

Aaron apologised for his behaviour as a teenager and the two tried to go on a date, but Liv Flaherty (Isobel Steele) suffered an epileptic fit and Aaron darted off to the hospital to be by her side.

Since then, Ben has not been seen in the village, but with him confiding in Victoria about his feelings, this sparks an idea.

When she bumps into Ethan later that day, she speaks to him about his love life and suggests he go on a dating app and have some fun. 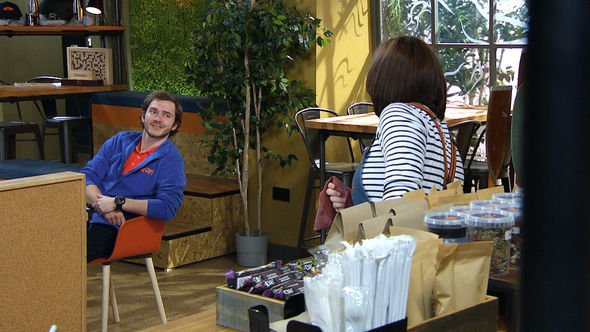 But as the two scrolls through the app, will Victoria end up stumbling across Luke on the app?

As for how Ethan will cope should he find out about Meena’s scheming, the actor who plays Ethan spoke to Lorraine earlier this year and said: “Ethan is a very sort of self-righteous person, he has everyone’s best interest at heart but he is very honest, a very honest person.

“If anyone is being done wronged he will stick up for them as he’s got a really good, strong moral compass.

“But he is not anyone to be played with, you don’t mess around with Ethan because he will come at you with full force and fire and he’ll tell you about yourself.”

Emile added: “He is a really sort of fully-fleshed three-dimensional character, he hurts, he’s got issues with his mother, he doesn’t know his mum so there’s a lot to play with.”

As for how Matty Barton’s (Ash Palmisciano) love life is going, he will be left taken aback when Amy Wyatt (Natalie Ann Jamieson) declares her love for him.

The farmer doesn’t know how to respond and thanks her for sharing her feelings – not the response Amy was hoping for.

After rushing out of the door thoroughly embarrassed, Amy is left mortified the next day when she runs into him.

The atmosphere is awkward between the pair, will they be able to resolve things?