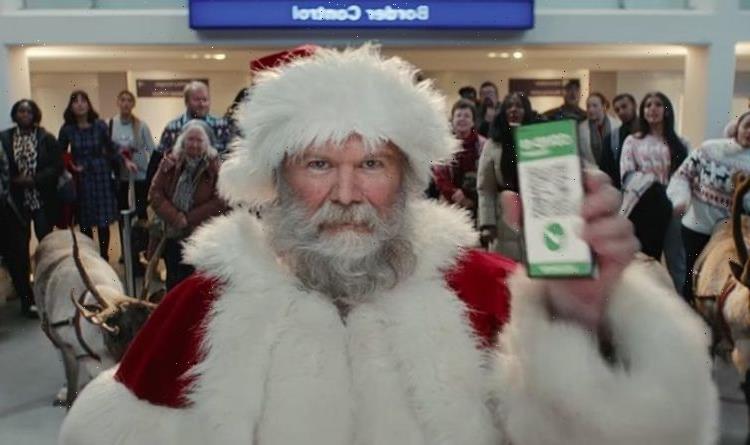 Emmerdale: Meena Jutla and David Metcalfe meet each other

Aaron Dingle (played by Danny Miller) will have to watch his back in upcoming episodes of Emmerdale as he may be killer Meena Jutla’s (Paige Sandhu) next victim. In scenes yet to air on the ITV soap Aaron’s boyfriend Ben Tucker (Simon Lennon) uncovers camera footage of Meena attempting to drown Victoria Sugden (Isabel Hodgins) during the team survival week challenge. Will Meena viciously attack Aaron when Ben threatens to expose her?

Emmerdale villain Meena could finally have her murderous past exposed this week after attempting to drown Victoria during the survival challenge.

Meena has murdered other residents and tried to drown Victoria when she found out her ex David Metcalfe (Matthew Wolfenden) was in love with her.

However, the villain’s downfall could be on the horizon when Ben uncovers some incriminating evidence of Victoria’s attempted drowning.

Speaking to Express.co.uk and other publications, Ben actor Simon Lennon hinted he might come to blows with Meena in a dramatic scene.

Simon explained: “We tend to think that people she [Meena] will confront will be people who are close to her but a lot of the people who have come to blows with her have been people from outside of those circles.

“He [Ben] wouldn’t allow things to happen in the way of Meena walking all over him.

“There is so much more that comes from moments of violence between two people and what people forget is that Ben is very capable.”

When Ben discovers he hasn’t got the job due to the survival challenge disaster, he’s is fired up about taking all the blame and convinces Aaron to keep Jai Sharma (Chris Bisson) distracted while he goes to the HOP to find some evidence to clear his name.

Having broken into the HOP office Ben is at a loss after failing to uncover any new evidence on the bridge collapse.

However, when he turns on a body camera he’s horrified to watch shaky footage of the attempted drowning of Victoria.

Ben calls Billy Fletcher (Jay Kontzle) and pleads with him to come to the HOP and witness the traumatising footage.

Unbeknownst to Ben, Meena is sat with Billy and has heard everything about the potentially incriminating evidence.

Later on, Meena appears in the office and lunges to grab the camera from Ben but fails to wrestle it from him and he makes off with it.

Ben actor Simon added: “The audience knows what Meena is and what she is capable of, but Ben isn’t quite aware of that.

“He doesn’t feel as vulnerable as he isn’t scared of her like a lot of people have been.”

Opening up on whether his character would feel bad if Meena died, Simon added: “If she slips and falls and cracks her head and passes away that’s not on him.”

If Meena gets out of their fight alive will she see red and seek revenge on Ben by attacking his lover Aaron?

Could she strike Aaron and leave him fighting for his life in a hospital to hurt Ben?