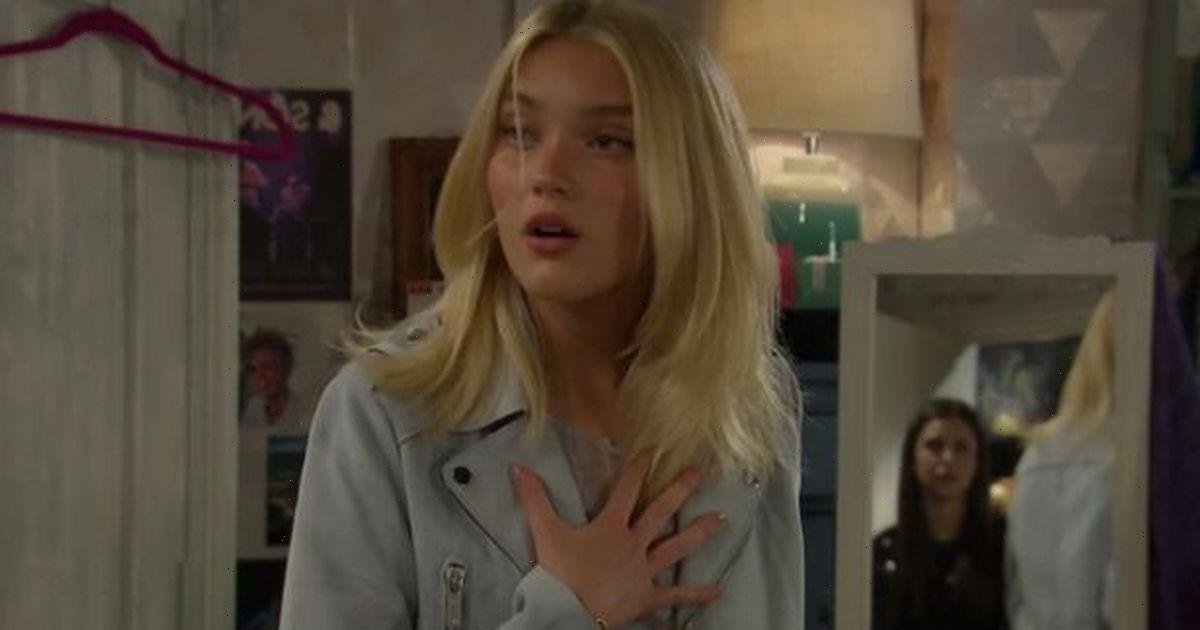 Emmerdale's Mimi Slinger sent fans wild on Sunday as she shared a fun video showing off a brunette hair transformation.

Taking to Instagram, the actress, 19, who played Leanna Cavanagh, posted a clip of herself with brown hair as she posed to the camera.

Mimi captioned the video with: "Playing dress up" and her 69.5K followers were quick to go wild over the stunning transformation.

One person said: "YOU SHOULD DEFINITELY DYE YOUR HAIR BRUNETTE IT LOOKS ABSOLUTELY AMAZING."

Another follower wrote: "You look like Keira Knightley here!" while a different fan added: "YOU COULD LITERALLY PULL ANYTHING OFF."

Get exclusive celebrity stories and fabulous photoshoots straight to your inbox with OK!'s daily newsletter.

However, Mimi later explained on her Instagram Story that her brunette hair transformation was in fact a wig as she clarified with: "It was just a wig – still a blonde for all you asking haha."

Only recently, Leanna's name has been mentioned on the ITV soap due to Meena's explosive court case in April where it was revealed that she had been sentenced to a minimum of 75 years in prison.

Emmerdale fans bid farewell to Leanna after shocking scenes in July during a gruesome confrontation with Meena.

At the time, Mimi admitted she was “shocked” when she finally read her last scenes, despite knowing she was leaving in December 2020.

“I had taken the decision to leave the Dales and I was so looking forward to hearing how the producers were going to engineer my exit,” she said.

“I was so excited to be given the opportunity to be challenged and show my acting abilities.”

The actress had been a part of the Emmerdale cast since March 2018, but also makes music and works as a model.

Mimi acknowledged that the acting industry is "very uncertain" but said she was "keen to pursue other acting opportunities."

For all the latest cast updates and juicy Emmerdale spoilers, sign up to our daily OK! Newsletter . Emmerdale continues weekdays at 7:30pm on ITV.