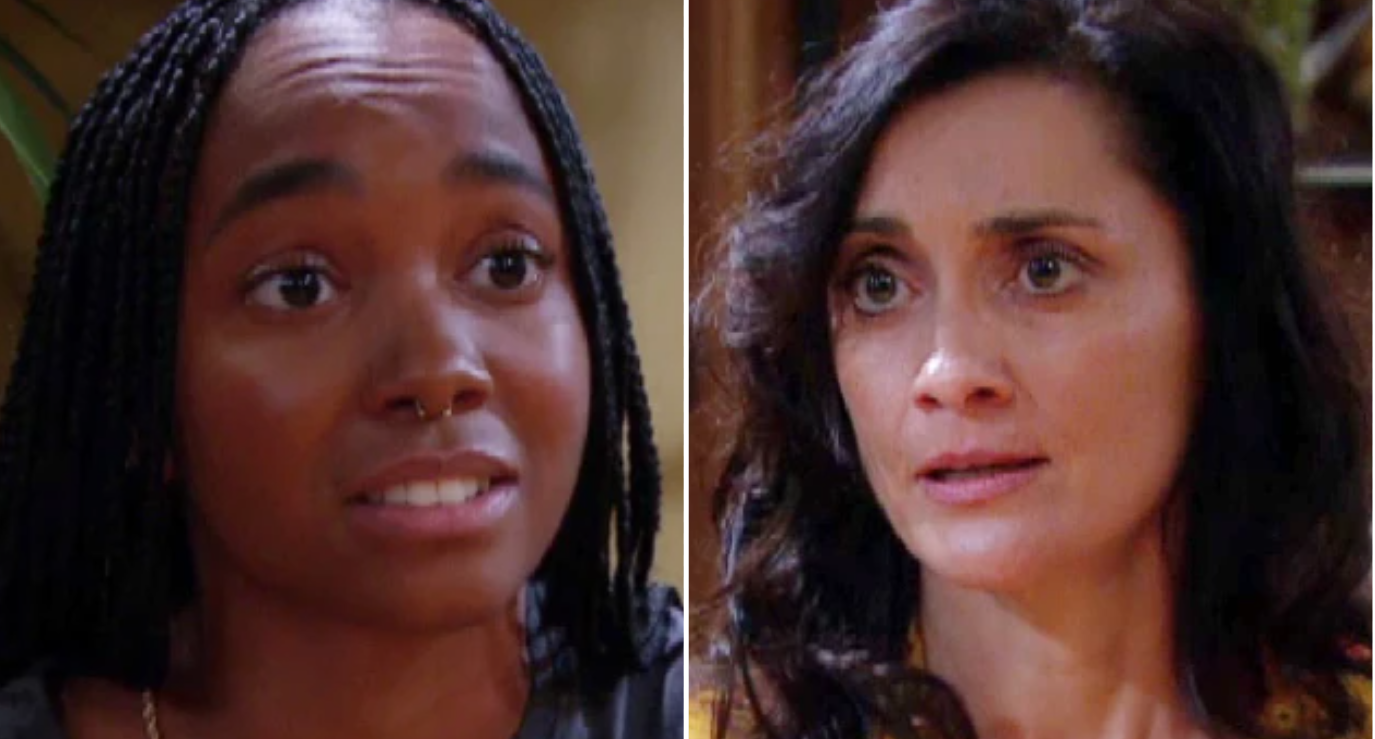 Tonight’s Emmerdale opened with Charles (Kevin Mathurin) still unconscious in hospital and his daughter Naomi (Karene Peter) being questioned by police about what happened in the church just before Manpreet (Rebecca Sarker) found Charles lying injured.

Manpreet was absolutely convinced that Naomi had attacked Charles. She’d heard them arguing and saw Naomi rush out of the church and moments later found Charles with a head wound. Ethan (Emile John) questioned Manpreet’s version of events, asking why Naomi would return to the church if she’d assaulted Charles.

‘People like that like to see what they’ve done,’ Manpreet said, and this was the key to her whole version of events. There’s something about Naomi, and especially the threatening way she spoke to Manpreet at the bus stop, that has brought up all of Manpreet’s fears and trauma about her sister, Meena.

When Charles woke up, he was able to tell them what really happened and that it was all an accident. He tripped over his tool box and hit his head on the font while following Naomi as she rushed out after their row. He was obviously upset when he heard that Naomi had been arrested and Manpreet admitted that she’s been having nightmares that there’s ‘another monster in the village.’ She hadn’t wanted to talk about Meena to Charles for fear of upsetting him by reminding him of Andrea.

Later, Naomi agreed to meet Manpreet so Manpreet could apologise. Naomi brought her mum, Esme (Eva Fontaine) for support, but when Esme was abrupt with Manpreet, Naomi told her to back off and said she’d like to talk to Manpreet alone. Were we about to see a nicer side to Naomi?

Well, no. Naomi told Manpreet in no uncertain words to get off her case and warned, ‘You need to pray for a miracle if you ever want Charles to forgive you.’

Have Naomi’s actions proved that Manpreet’s instincts about Naomi could be correct? She didn’t assault Charles, but could she still be a new ‘monster in the village’?

Or is she just misunderstood?