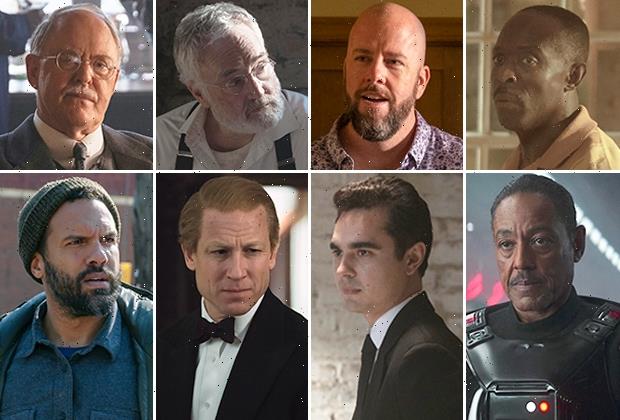 This year’s Emmy race for Outstanding Supporting Actor in a Drama Series is an eclectic mix of performers… but The Handmaid’s Tale dominates the field.

Hulu’s dystopian drama claimed three of the eight nominations this year, just like HBO’s Succession did last year. But with Succession — along with last year’s winner, The Morning Show‘s Billy Crudup — ineligible this time around, The Handmaid’s Tale has stepped up to fill the void, led by Bradley Whitford with his second straight nod as Commander Lawrence. (He also won an Emmy for the role in 2019 in the Guest Actor category.) He’s joined by costars O-T Fagbenle (Luke) and Max Minghella (Nick), each snagging their first career nomination.

Their fellow nominees have plenty of Emmy experience, though. Perry Mason‘s John Lithgow is angling to win his seventh (!) Emmy, including a 2017 win in this category for The Crown. Michael K. Williams notched his fifth career nomination as Lovecraft Country‘s Montrose Freeman, and Giancarlo Esposito is also looking for his first win on five career nods as The Mandalorian‘s wicked Moff Gideon. Plus, Chris Sullivan is back in this category for a second time as This Is Us‘ Toby, and Tobias Menzies earned his first career nomination as The Crown‘s Prince Philip.

Would you give the Emmy to one of The Handmaid’s Tale‘s trio? Or would you opt for another of this year’s worthy contenders? Vote for your favorite in the poll below, then hit the comments to defend your pick.

Every weekday through Aug. 27, we’ll be posting another “Who should win?” poll, so be sure to visit TVLine.com each day to weigh in on who deserves TV’s most prestigious honor. (For a list of this year’s major Emmy nominees, click here.)