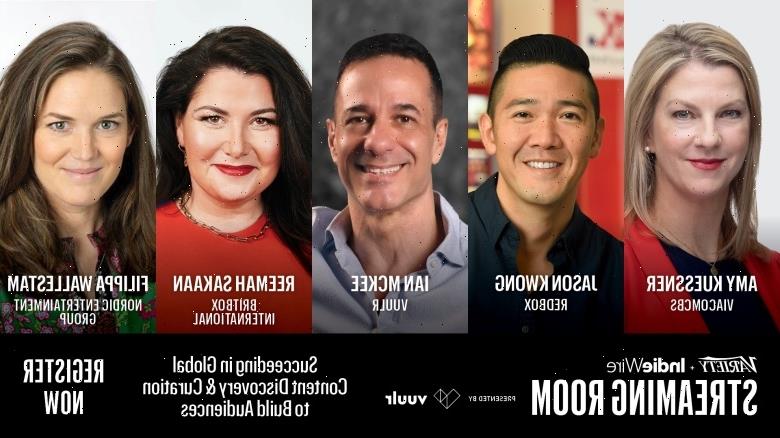 IndieWire and Variety announced Wednesday a planned virtual panel discussion about curating content in the global marketplace in order to build a streaming audience, featuring executives from a range of domestic and international executives.

Among the topics covered in the discussion will be how today’s TV channels are assessing the best content for their target audiences and how programming deals are being reimagined for the global marketplace.

You can register for the event right here. More information about each of the panelists is available below:

Sakaan was named CEO of BritBox International in February, with a directive to oversee expansion of the British-content streamer, owned by the BBC and ITV, into 25 countries. She was previously group director of ITV SVOD, where she managed the launch of BritBox in the U.K., as well as chief brand and creative officer for BritBox Global, overseeing the editorial and marketing activities for the service worldwide.

McKee, who previously founded social media firm Vocanic, co-founded Vuulr in 2017. The company’s online platform allows for licensing and acquisition by connecting content owners and creators with businesses that need their content.

Kuessner spent eight years at DirecTV before joining Pluto TV, the linear AVOD service that was acquired by ViacomCBS in 2019. Today, she is ViacomCBS Streaming’s senior VP of content strategy and global partnerships, where she oversees acquisitions and the development of it channel strategy. The company has positioned Pluto TV as a key piece of its push to streaming.

Wallestam plays a key role in Nordic Entertainment Group’s push for expansion of its Viaplay streaming service outside its native Scandinavia. It’s now available in the Baltics, Poland, and will launch in the U.S. and other European countries in 2022.