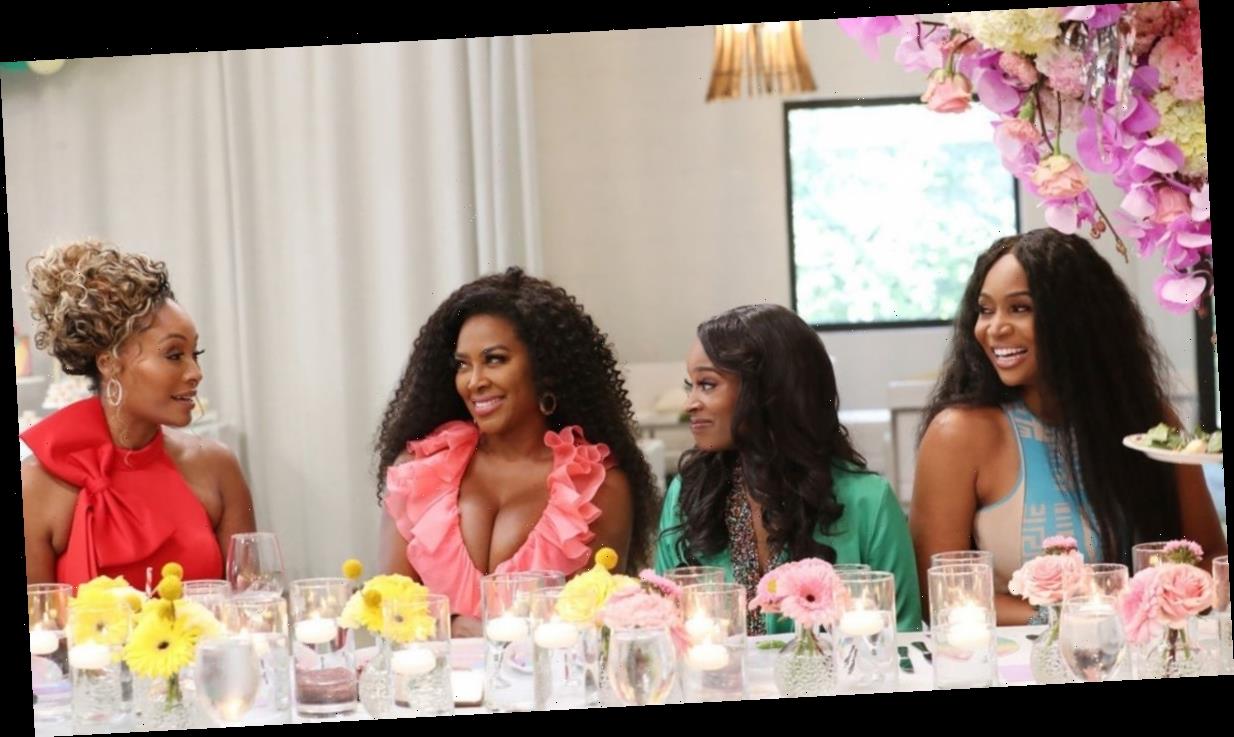 Bravo has reportedly halted production on The Real Housewives of Atlanta after a member of the crew tested positive for COVID-19.

It’s not clear if this news will affect the premiere date for the show, which is set for December.

This unfortunate situation might very much affect the show’s original timeline, but safety comes first.

And the network has been trying to take all the necessary precautions to keep the cast and crew safe with regular testing and temperature checks.

It was during one of these testing sessions that they found a positive diagnosis among a crew member.

The Jasmine Brand reported the news about the alleged shutdown on the RHOA set.

A source revealed to the media outlet that a crew member has tested positive for the disease, putting a screeching halt to production.

And the crew member in question has been around most of the cast members so, reportedly, “Everything is shut down right now. They’re pausing everything until everyone can be tested and quarantined.”

The Insider added, “It’s a really scary situation because this affects more than just the cast, but their families as well.”

Did RHOA cast members cancel event due to COVID fear?

This COVID-19 news adds some clarity to a recent event that was supposed to be hosted by RHOA alums Porsha Williams and Cynthia Bailey.

The pop-up shop called Let’s get it Poppin was created to shine a spotlight on and help support black-owned businesses.

And it was scheduled to take place on Tuesday, November 10.

But soon after the RHOA castmates posted the flyer on their respective Instagram pages, Cynthia then reposted the flyer with a “cancellation” stamp and told her fans that the event has been postponed, “due to emergency circumstances.”

Cynthia has since removed the cancellation notice, but the original flyer promoting the event is still on her page.

This COVID-19 news is certainly not what anyone wants to hear, as Bravo just released the premiere date for The Real Housewives of Atlanta Season 13.

The network also released a Season 13 trailer, showcasing all the shenanigans that are set to take place when the new season arrives.

The show was set to make its return on Sunday, December 16, but this diagnosis could very well cause them to postpone the date.

Furthermore, since the crew member has come in contact with other members of the cast and crew, they all have to get tested and wait for their results.

The outcome of those results will then dictate how the RHOA production and cast will move forward.

The Real Housewives of Atlanta Season 13 premieres on Sunday, December 6 at 8/7c on Bravo.