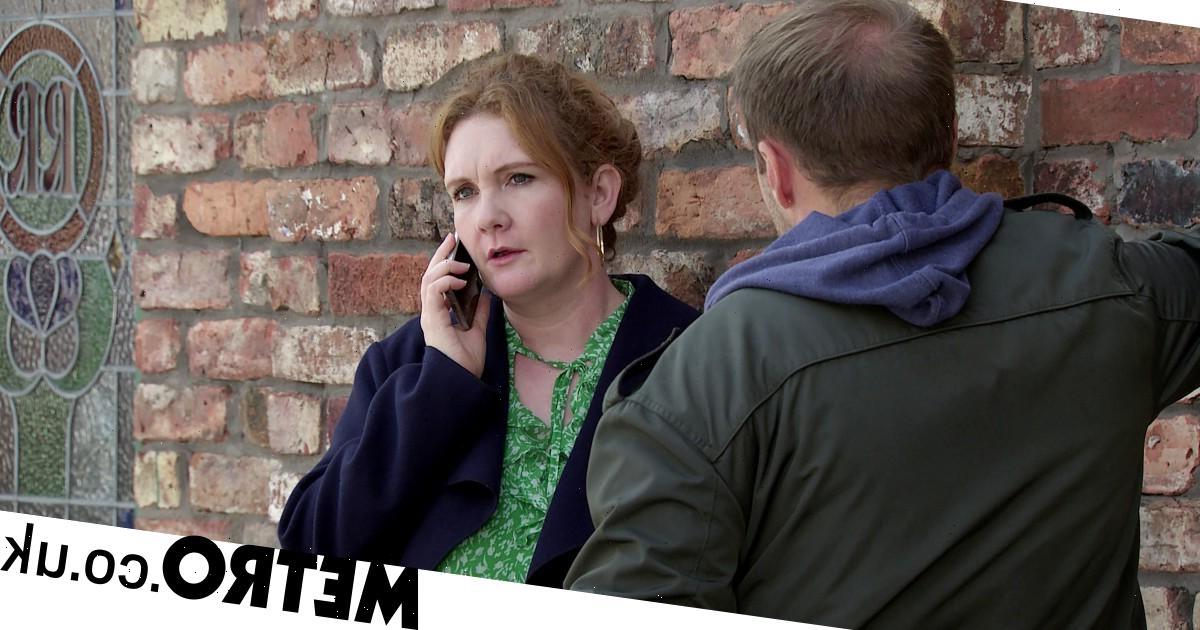 Fiz (Jennie McAlpine) is concerned to discover that a book is being written about her ex-husband John Stape in Coronation Street, a new video shows.

Confiding in Tyrone (Alan Halsall), she explains that the mystery author will let her read the first chapter if she provides an interview.

Tyrone is instantly convinced that the culprit is Phill (Jamie Kenna), who had already began working on a book about the infamous Weatherfield serial killer when the two were together. 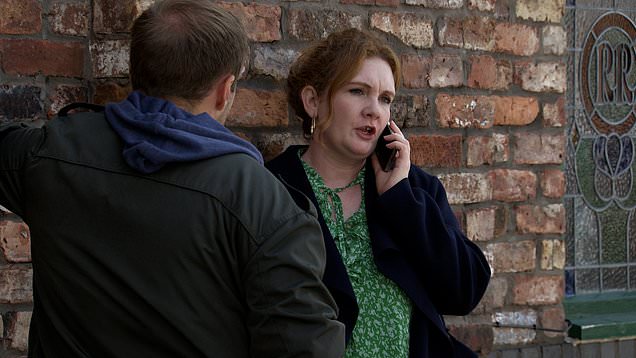 However, Fiz isn’t convinced, claiming that Phill promised to drop it entirely.

With Tyrone doubtful, Fiz decides to confront Phill once and for all, by paying him a visit. She informs Tyrone that she wants to look him in the eye and make him stop whatever it is that he’s up to.

Phill’s research into John Stape has already caused harm for the family, with Hope (Isabella Flanagan) discovering the truth about her father’s crimes through Phill’s laptop.

Will Fiz be able to stop John Stape ruining their lives any further?

And is it really Phill behind the book?