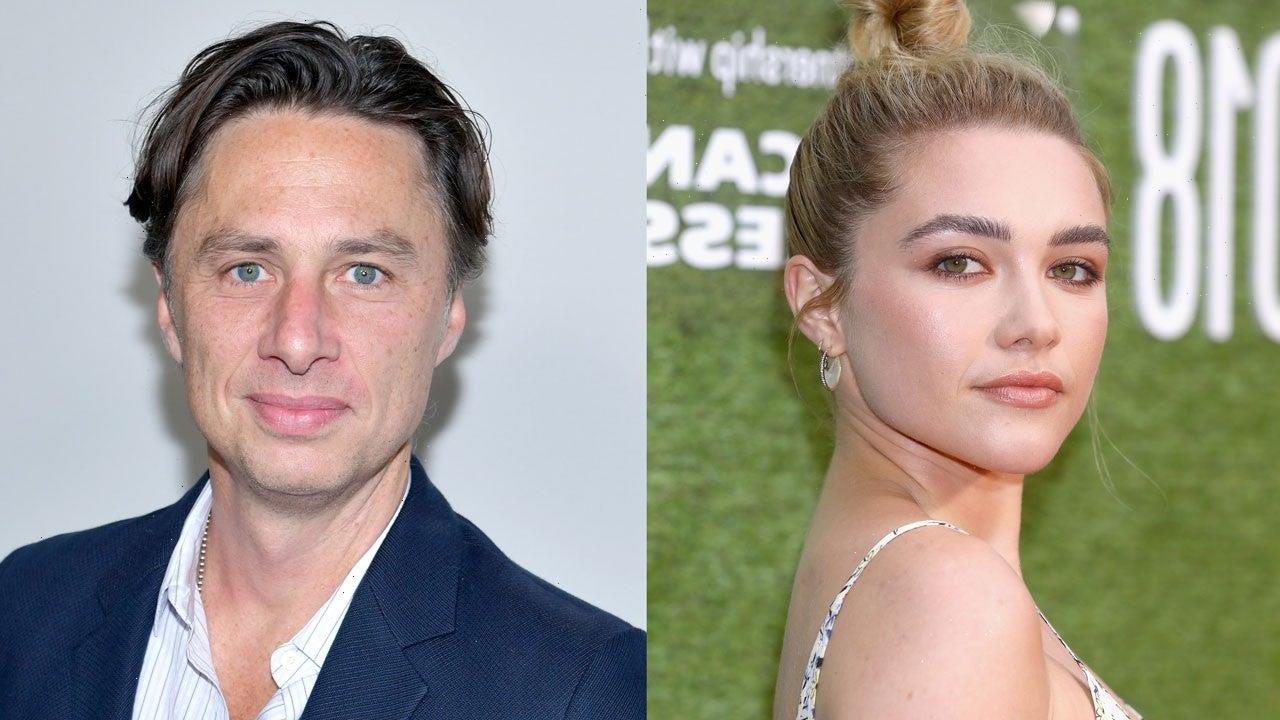 Florence Pugh got a major gift from boyfriend Zach Braff.

The Scrubs star shared that he commissioned a portrait of the actress’ Black Widow character in celebration of the film’s release. Pugh plays Natasha Romanoff’s (Scarlett Johansson) “sister,” Yelena Belova, in the latest Marvel movie. The painting shows Pugh in her Yelena wardrobe, which includes a white jumpsuit and green vest, raising two pistols.

“Go see ‘Black Widow’ this weekend and watch @florencepugh save the world!” Braff, 46, proudly wrote alongside the art work. “I commissioned this painting from the legendary painter and comic book artist @philnoto . (the Russian says ‘Widow’.)”

Braff and Pugh, who worked together on his short film In the Time It Takes to Get There, were first seen together in public in April of 2019. In April, she showed her beau some love on his 46th birthday by sharing some photos of Braff along with a touching tribute.

Additionally in January, Braff also celebrated his ladylove for her special day, ringing her 25th birthday in with a sweet social media post.

Black Widow, meanwhile, is Pugh’s introduction to the Marvel Cinematic Universe. The movie is set between the events of Captain America: Civil War and Avengers: Infinity War. It follows Johansson’s Natasha as she and Pugh confront their past and the mysterious villain called Taskmaster, with the help of Rachel Weisz, who plays their surrogate mother, fellow Widow Melina Vostokoff, and David Harbour, who plays their father figure, Soviet supersoldier Red Guardian.

“It’s so fun. For me, when I started all this, it was like, ‘Hey, learn all of this!’ Just having professionals wanting to teach you how to do martial arts or, like, kickboxing is so wicked, and then you get to do it on set with Scarlett and you’re like, ‘What is my life!'” Pugh told ET’s Nischelle Turner while on the set of the movie.

When asked how she felt being welcomed into the Marvel universe, she said it all felt like it happened so fast.

“Weirdly, because everything got going straightaway in terms of training and I met all of these amazing stuntmen and stuntwomen who were desperate to get me going, I actually didn’t have a moment to really think about it,” she expressed. “When it really sunk in was at Comic-Con. We walked out and that’s when I was like, ‘OK, it’s happened. It’s happening. Can’t go back now.’ I couldn’t see the back wall. It was crazy.”

See more in the video below. Black Widow is now in theaters and available on Disney+ with Premier Access.