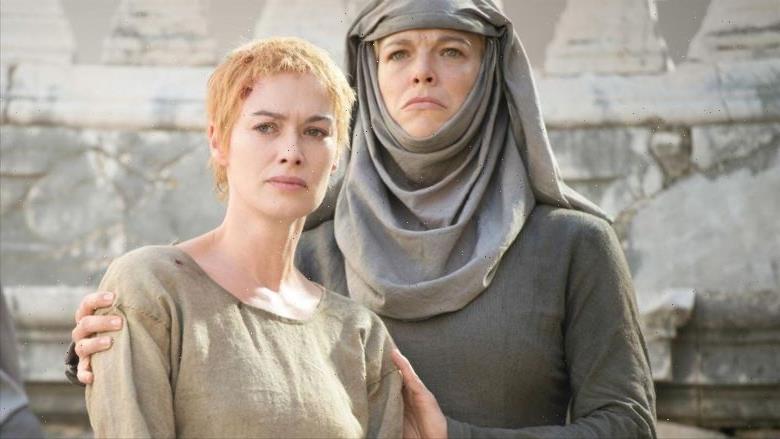 Many “Ted Lasso” fans are surprised the first time they learn that Hannah Waddingham is a “Game of Thrones” veteran, and not just any “Game of Thrones” veteran. Waddingham starred in the series as Unella, one of the Septa of the Faith of the Seven, who served under the cult leader-ish High Sparrow (Jonathan Pryce). Unella tortures Cersei Lannister (Lena Headey) and famously shouts “shame” during Cersei’s walk of atonement to the Red Keep. Once Cersei regains her power, she turns the tables on Unella and imprisons her. The last viewers saw of Unella, she was being tortured by Cersei and left in the brutal hands of The Mountain.

“She was meant to be raped by The Mountain, and I think they’d had so many complaints about the rape of Sansa that they chose not to go with it,” Waddingham revealed in a recent interview with Collider.

Waddingham said she discovered the scene was changing as she was flying to Belfast to film the episode. New parts of the script arrived and made mention that she would need to wear a wetsuit because the production wanted to waterboard her for real while filming Cersei’s torture of Unella.

“I was strapped to a wooden table with proper big straps for 10 hours,” Waddingham said. “And definitely, other than childbirth, it was the worst day of my life. Because Lena was uncomfortable pouring liquid in my face for that long, and I was beside myself. But in those moments you have to think, do you serve the piece and get on with it or do you chicken out and go, ‘No, this isn’t what I signed up for, blah, blah, blah?’”

Waddingham continued, “The funny thing was, after we’d finished shooting it for the whole day, and people like Miguel Sapochnik, the director by the way, walking past with a cup of tea and a sandwich on-the-go and going, ‘Hi hunny, you alright?’ And I was like, ‘Not really.’ ‘The crew have just been saying we are actually really waterboarding you here.’ And I was like, ‘Yup, you don’t need to tell me that!’”

According to Waddingham, she “could barely speak” after the day of filming because she “had been screaming through The Mountain’s hand, which is quite frightening as a singer to completely lose your voice.” The actress added, “I had no voice at all…bruises already coming up like I had been attacked.”

The actress concluded, “I hadn’t even realized that it definitely gave me claustrophobia around water. Definitely. I hadn’t realized until I watched a program where the camera’s down on the actor’s face and they’re being dipped into the water, but you see them face-up to the camera, and I got in a terrible panic about it. And I actually went and had a bit of a chat to somebody about it, because it’s quite full-on being waterboarded for 10 hours, and then only one minute and 30 seconds can be used on camera.”

Head over to Collider’s website to read more from Waddingham’s interview.