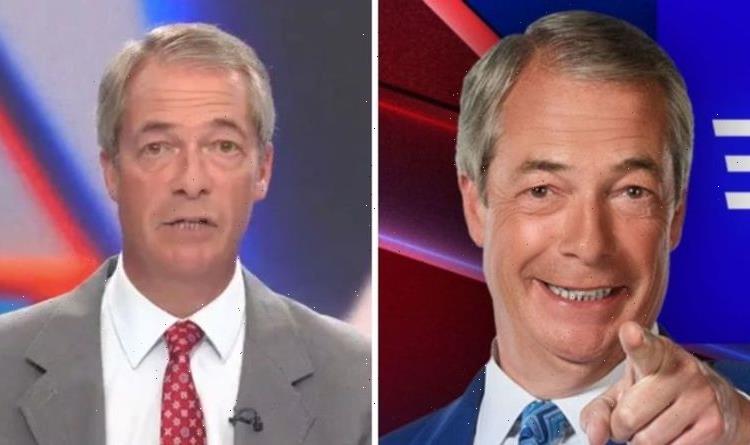 Nigel Farage says he 'believes in Andrew Neil' in monologue

After a rocky start in June, GB News views were significantly boosted with the arrival of new presenter, former UKIP leader Nigel Farage. However, Farage’s self-titled show has suffered a huge decline in figures according to official BARB ratings.

The success continued to soar, as, on August 5, the show raked in 145,100 viewers, which Farage spoke about to Guido Fawkes.

Farage told Guido: “I am really pleased with the growth of these numbers and was surprised to beat Sky and the BBC news channel combined last night.

“GB News will go much further,” he explained.

However, the high numbers of viewers have started to see a dramatic decline in the last two weeks as viewers have begun to switch off.

Last week, Farage’s show gathered around 43,900 views for the Monday evening edition, and comparing the figures to the week of August 9, there has been a slow decline.

According to official BARB ratings, it shows a huge decrease in figures with the highest on a Wednesday night, with 137,300 watching.

He was knocked off the top spot by The Political Correction show on Sunday night which had the highest audience of the week, with 63,700 people tuning in.

Farage’s move initially seemed to be working wonders for GB News, however, the latest batch of viewing figures show significantly less people are tuning in than near the beginning of his tenure.

The decline in the show figures comes amid speculation whether Chairman and former BBC Broadcaster Andrew Neil would be returning for his nightly show.

Andrew Neil was set to return to GB News later this month, but it has now been reported he’s thinking of taking a step back from the political show.

According to the Telegraph, plans for the presenter to return have been put on hold due to tensions rising between Neil and chief executive Angelos Frangopoulos.

Their rumoured differences came from the company’s direction, with the two having different views and aspirations for the show.

Since the departure of Neil, the audience levels have dropped dramatically, leaving Mr Frangopoulos with plans to remodel the news programme.

Initially, GB News compared the viewing numbers to rival channels as the network presented itself as a centre-right alternative to the BBC.

“But we are up and running, and as you can see, we get better every day, and there is clearly an appetite for what we’re doing.

“And in two short weeks, we’ve already built a loyal audience which has beaten all out expectations, it’s often bigger than the other news channels, and it’s growing,” he said.