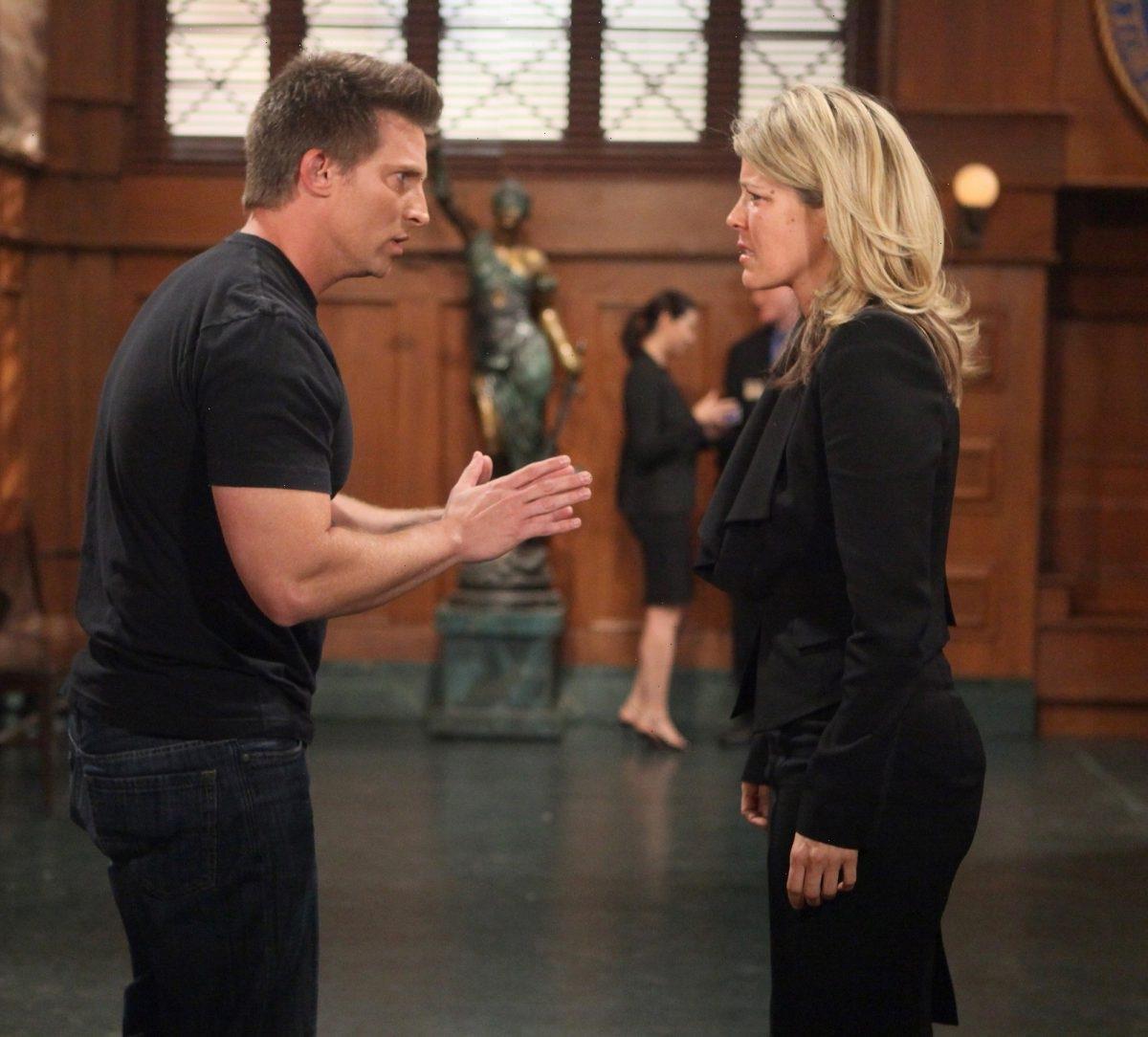 On this week’s General Hospital, Spencer’s secret lover is finally revealed. Plus, Carly and Jason get the wedding blues — will Carly call the whole thing off? And more secrets, lies, and drama gets exposed in Port Charles. This is definitely a week you don’t want to miss.

[Spoiler alert: Potential spoilers for upcoming episodes of General Hospital are up ahead.]

On ‘General Hospital,’ Carly desperately wants the wedding to Jason to happen

Is it a marriage of love or a marriage of convenience? Who really knows, and who really cares? All we know is that this week’s General Hospital spoilers tease that Carly and Jason desperately want the wedding to take place.

SoapHub teases that Carly is trying her best to make the marriage one based on love. If she does go through with the wedding, it will save more than a few lives. But that seems to be a bit of a cover for the bigger picture. As it turns out, Carly has been in love with Jason for years. So even if her official story is “it’s a marriage of convenience,” she’s lying to herself, and others too.

But there’s a bit of a fly in the ointment. Namely, Carly’s being plagued with thoughts of her “dead” husband, Sonny.

But thoughts of her ‘dead husband’ plague her thoughts

General Hospital fans already know that Sonny isn’t really dead. He’s living life as “Mike,” and carrying on an affair with Nina. There’s a possibility that Nina may spill the beans about “Mike”/Sonny, but Nina’s been keeping everyone‘s secrets this whole time, so what’s another one?

But according to Soaps @ SheKnows, that little secret is probably going to come back to haunt Nina in the coming weeks. Carly just can’t get her old feelings for Sonny to die down. And while we’re still not sure if they’ll really make it down the aisle, the end of next week shows that things really come to a head for Carly.

It will be interesting to see what happens when she realizes that Sonny isn’t really dead — and that he’s carrying on with Nina and living life as “Mike.” But where does that leave Jason? And what’s he going to do about it when it all comes out?

Celeb Dirty Laundry reveals that Avery Kristen Pohl — known for her work on Dirty John and The Sound of My Voice — will be revealed as Spencer’s secret girlfriend on General Hospital.

According to their spoilers, they tease that she’s already posed as a nurse to do some of Spencer’s dirty work. That already indicates there’s no low to which she won’t go to make her man happy.

But there’s a chance she might go off the proverbial reservation and take matters into her own hands. Ava better watch out.