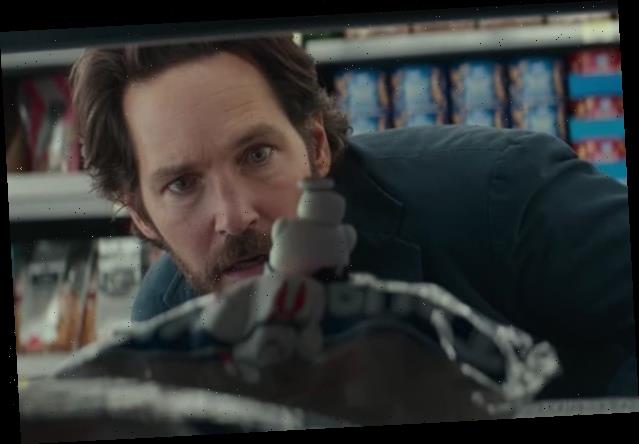 Meet the Mini-Pufts — they’re cute but definitely not sweet

The Stay-Puft Marshmallow Man is returning to the “Ghostbusters” movie franchise — the time in miniature form.

In a new clip for “Ghostbusters: Afterlife,” Paul Rudd’s character meets the mini version of the giant monster that terrorized New York in the original 1984 film.

Rudd is seen loading up on ice cream in a grocery store when he decides he needs some toppings. He heads to the aisle where they’re stored, where a Mini-Puft tears itself out of its packaging.

And not just one, as Rudd discovers. Mini-Pufts have run amok in the store, commandeering a robotic floor cleaner. They also appear to be masochists, impaling and setting themselves on fire to create smores. Suffice to say, they’re anything but sweet!

The synopsis for “Ghostbusters: Afterlife” reads:

Jason Reitman is directing the next chapter in the original Ghostbusters universe, which follows a single mom and her two kids as they arrive in a small town and begin to discover their connection to the original ghostbusters and the secret legacy their grandfather left behind. The film is written by Gil Kenan & Jason Reitman.

Check out the Mini-Pufts debut above.