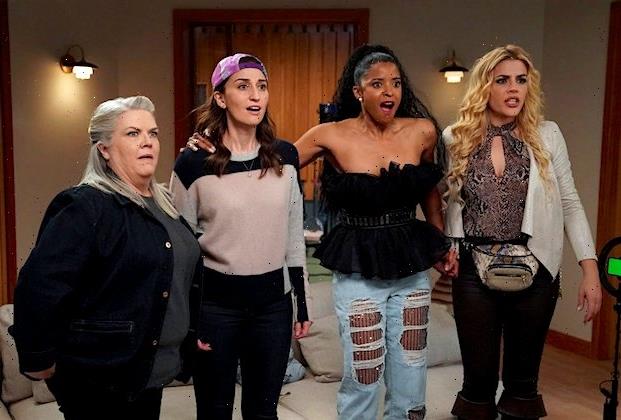 Tina Fey comedies are almost a distinct genre at this point. The formula, established by 30 Rock and followed closely by Kimmy Schmidt and Great News, seems to be confidently quirky characters delivering rapid-fire punchlines laced with ultra-current pop culture references, with quick cutaways and peppy music bopping along in the background.

It doesn’t always work (see: Mr. Mayor), but Peacock’s Girls5eva — premiering this Thursday, May 6; I’ve seen the first four episodes — is a delightfully entertaining new entry to the genre, with a ridiculously stacked cast, lots of sharp jabs at the music industry and a refreshingly sunny tone. It’s the TV equivalent of the breezy, catchy song of the summer. 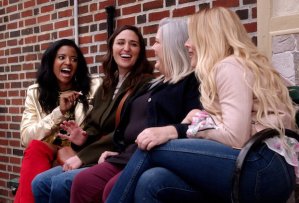 Created by Kimmy Schmidt scribe Meredith Scardino, with Fey serving as an executive producer, Girls5eva catches up with the former members of a Spice Girls-esque girl group two decades after their one and only hit has long since faded from everyone’s memory. They’re all grown up now and have settled into mundane routines and lost touch with each other. (One of them even died tragically when she tried to swim off the edge of her infinity pool.) But when a rapper uses their hit song as a sample and sparks a fresh wave of interest, they all decide to ditch their disappointing lives and mount an unlikely comeback.

Fey’s name always attracts a top-flight cast, but this one is exceptional. Singer Sara Bareilles shows off nice comic timing (and some serious Liz Lemon energy) as frustrated housewife/group leader Dawn. Busy Philipps adopts a breathy, slightly drunk voice to play the ditzy Summer, and 30 Rock writer Paula Pell adds deadpan sass as Gloria. Plus, Renée Elise Goldsberry (The Good Wife) is simply spectacular as Wickie, the self-styled Beyoncé of the group whose solo career fell flat, but who still fakes her way through a super glam lifestyle, speaking every line of dialogue with a self-satisfied purr. (When Dawn and Wickie duet, suddenly we’re reminded that Bareilles and Goldsberry can really sang.) Andrew Rannells is a riot as Summer’s clueless, Bieber-haired husband Kev, and as Sara’s blunt brother, Dean Winters is basically slipping back into his 30 Rock character Dennis Duffy — but that’s just fine with me. 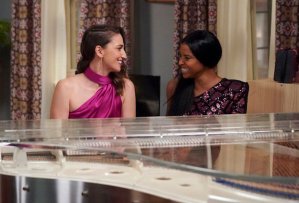 The flashbacks to Girls5eva’s glory days are a sugar rush of pure Y2K-era nostalgia, with the girls soaking up the fame on TRL and Cribs. And their songs are… actually legitimately good? Not in the sense of quality music, mind you, but they are hilariously spot-on copies of that era’s brainless pop hits — maybe the funniest TV songs I’ve heard since Crazy Ex-Girlfriend. (I’ve had the theme song stuck in my head for days now.) But there is real emotional depth to be mined here, too, as the fortysomething ladies take stock of their lives and brace themselves to reenter a brutal profession. The struggle against middle-aged irrelevance, and the music industry’s predatory misogyny, is very real. (Dawn notes that the unfavorable contract they originally signed was actually an old Ringling Brothers contract — “not even for humans! For bears!”)

The early episodes do have a few rough spots that could use some smoothing out. The group’s slimy ex-manager Larry is more creepy than funny, and I know Dawn’s humdrum husband is supposed to be a drip, but he’s maybe too drippy. Girls5eva‘s pleasures, though, far outweigh its stumbles. And best of all, it’s a fun, easy binge, with all eight episodes dropping at once. It’s a relief to have something light and fun to watch, frankly. So much TV these days, even the good stuff, is hard to watch — but this is a joy.