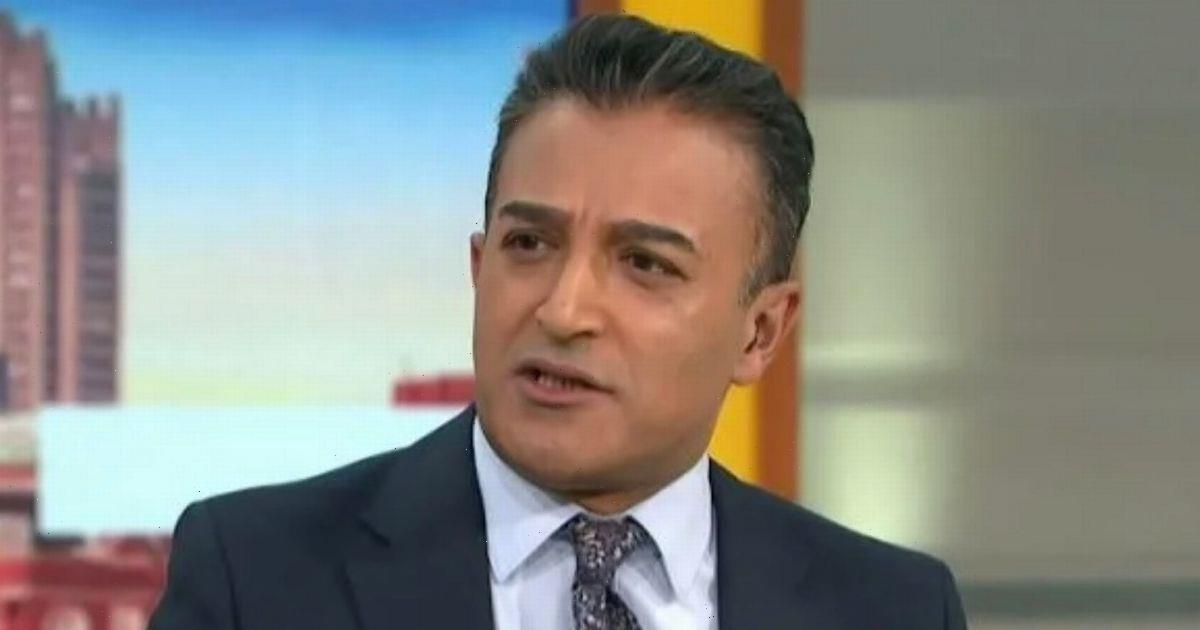 Fans of the show accused the ITV show of "running out of staff" on Twitter as they noticed the switch up.

The "missing" presenter caused a stir on social media as they blasted for the change.

The show was broadcast in line with the UK nurses' strike, which was the first time in history.

However, as the Good Morning Britain stars reported on the national protest, some viewers pointed out the problem in the studio.

Some viewers questioned why Adil was on the show as they dubbed it a "Ben day", in reference to the panel's regular host spots.

One fan tweeted: "So looks like @GMB #GMB running out of staff Martin, Ben now Adil. Whoops nearly forgot Richard so is it different tomorrow too Susanna, Kate, Ranvir, Charlotte."

Another said: "WTF Is Adil doing in the studio??

"It’s a #BenDay. Thursday Ruined #GMB Over to #BBCBreakfast."

While a third penned: "Useless Adil Ray is resurrected on the day nurses strike."

"Eh up just turned on and saw that vile man Adil," a fourth shared.

Yet others were more chirpy with ITV's decision to put the Lingo quiz show host on the programme.

This comes after Adil recently came under fire from GMB fans for clashing with a TV guest.

Don't Pay UK member Louise spoke on the show about the spiraling cost of energy and revealed that she was halting her payments to energy companies as a protest.

Adil hit back against Louise and told her to fully explain the dangers of not paying and suggested how it could cause big problems for the companies.

However, fans were left furious with his "patronising" tone as he interrupted the guest live on air.

GMB continues weekdays from 6am on ITV