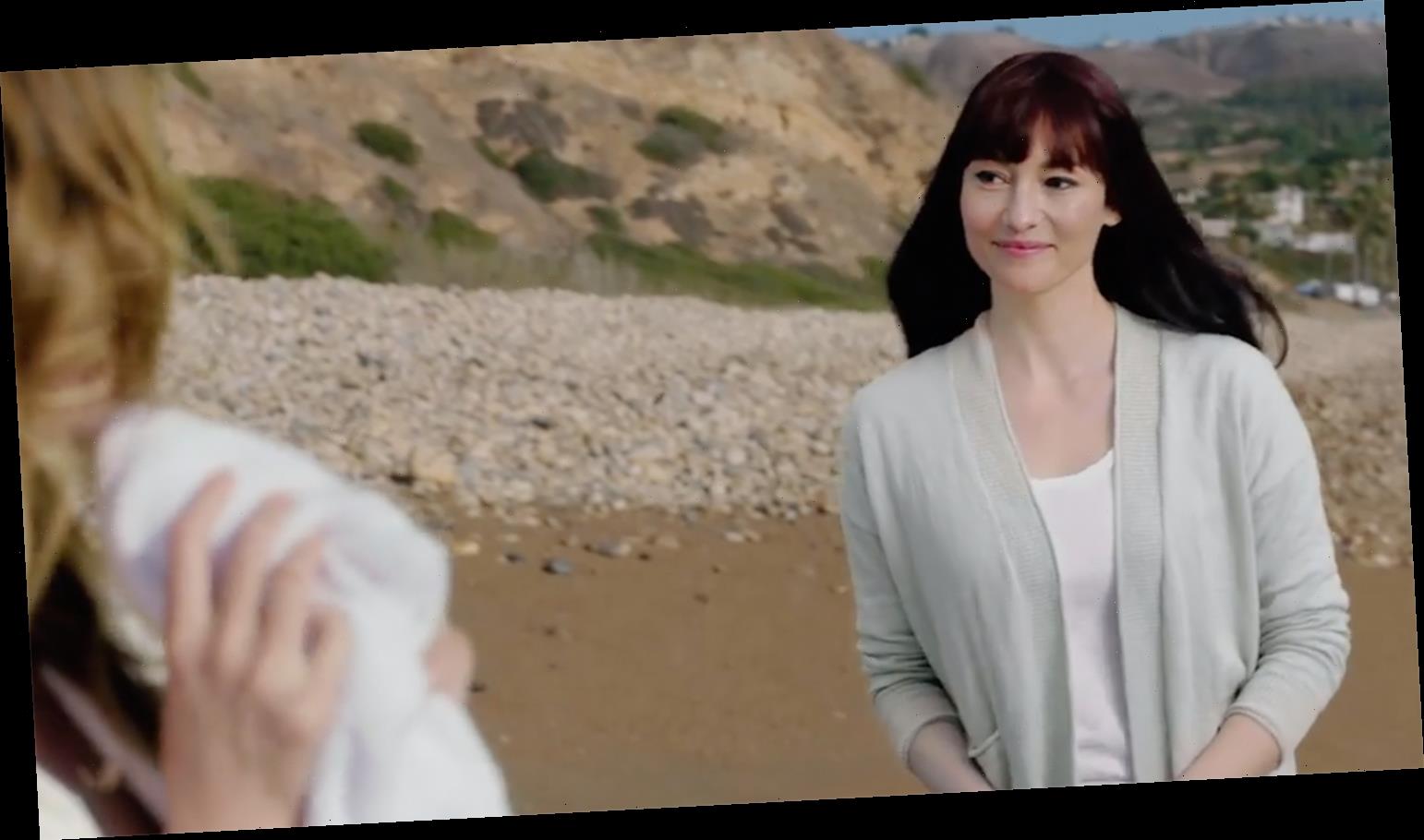 During Thursday's episode of the ABC medical drama, not only did a Grey Sloan Memorial doctor receive a romantic marriage proposal but two fan-favorite characters washed up on Meredith Grey's dream-state beach: Meredith's sister Lexie (Chyler Leigh) and Dr. Mark "McSteamy" Sloan (Eric Dane), who both tragically died as a result of a plane crash during the show's eighth season.

As Meredith (Ellen Pompeo) continued to experience a dream sequence trip to the beach while battling COVID-19, fans saw her reunite with the two doctors whose names now adorn the hospital she calls home. "Are you here to stay?" Lexie asked Meredith.

"I don't think there are any rules," said Lexie. "I was big one rules. I actually, like, I think I liked rules."

"You totally did," Mark, Lexie's former love interest, said as he appeared next to Meredith.

"You're early, killer," he told Meredith. "Too early. I promise you it's too early." "I don't know how to get back," said Meredith. "I keep seeing Derek (Patrick Dempsey) and he won't help me get back or close enough to touch."

Throughout the episode, Mark and Lexie continued to offer Meredith guidance as the doctors of Grey Sloan Memorial tried to nurse her back off to life and off a ventilator.

"This is nice being able to talk to you." Mark told Meredith during the dream sequence. "I spent a fair amount of time trying to talk to people — Sofia, Callie, Arizona. I try to warn them sometimes. I can't let go."

Referring to his daughter Sofia with best friend Callie (Arizona's ex-wife), Mark said, "When you have a little kid like that, it's hard to let go. That's why I hang out and watch her grow up. Sometimes I see something coming." "Like the divorce," Meredith said, referring to Callie and Arizona's split.

Fast forward to Lexie's chat with Meredith about Meredith's favorite recent memory. After Meredith told a story of her son Bailey intentionally face-planting into his birthday cake, she said, "I realized that was the point. He wanted to make us all laugh. When I looked at him and I saw that light in his eyes, he looked just like his dad. That same sparkle. That same delight." "Life is pain, right?" Meredith asked Lexie and Mark during the dream sequence. "Life is pain and somehow that's the point? I lot you both. I lost George. I lost my parents. And even before my parents died…so much grief, so much loss, so much pain."

"But what's the thing that caused the pain?" Mark asked.

"I know it but I just don't want to say it," Meredith said.

"Stubborn as you ever were," said Mark.

"The depth of grief that you felt with all the love, it's because of the depth of love," said Lexie. "As long as you're alive, you get to feel it and you get to do something about it. Everything changes all the time when you're alive and all the time you fight the change. You hang on to what you have and what you know. That's how it should always be."

"Such a waste of life," Mark added. "Fighting change."

"I miss you both so much," said Meredith.

"That's kind of a waste of time too," Lexie responded. "Because we never left you. Don't waste it, Meredith."

At that point, the doctors successfully took Meredith off the vent — and she seemed to be breathing on her own. After decompressing from a long but rewarding day, Maggie and Winston began to discuss Winston's upcoming move to Boston — a decision Maggie wasn't so thrilled about.

"I thought we could listen to something before I leave," Winston told Maggie as he pulled out a headphones case.

"I'm trying to tell you I don't want you to leave," said Maggie. "I know, but I'm trying to tell you you might really love this song," he said as he opened the headphone case that displayed a diamond ring.

"I still have my loose ends to tie up back home, so you have an out," he said while kneeling on one knee. "But I hope to God you don't. I hope you say yes. I can't imagine life without you anymore. I don't ever want to try. Maragaret Pierce, will you marry me?"

In 2012, Dane announced he would be leaving Grey's after a successful six-season run.

"I am extremely grateful to everyone at Grey's, ABC and Shondaland for the experience and memories I have had over the course of this run," he told TVLine in a statement. "It has been wonderful to work alongside and learn from a creative force such as Shonda Rhimes."

"After much consideration and conversations, he and I have decided that this is the right time for his storyline to end," show creator Shonda Rhimes told the outlet at the time. "We're a big family here at Grey's with a long history together and Eric will always remain an important part of our family."

Derek, Meredith's late husband who died in a car crash during season 11, reemerged during one of Meredith's dreams earlier this season.

Since then, Derek has appeared in Meredith's COVID dreams twice more. According to showrunner Krista Vernoff, fans will spot him one more time before the season's close.

T.R. Knight's George O'Malley, who died during season 5 after saving a woman from getting hit by a bus, also made an appearance in Meredith's dreamsthis season, prompting fans to wonder if more past stars could return to the long-running medical drama.

"We all have hopes, but we don't have anything new to report yet," Vernoff previously told Variety of whether viewers could expect future cameos.