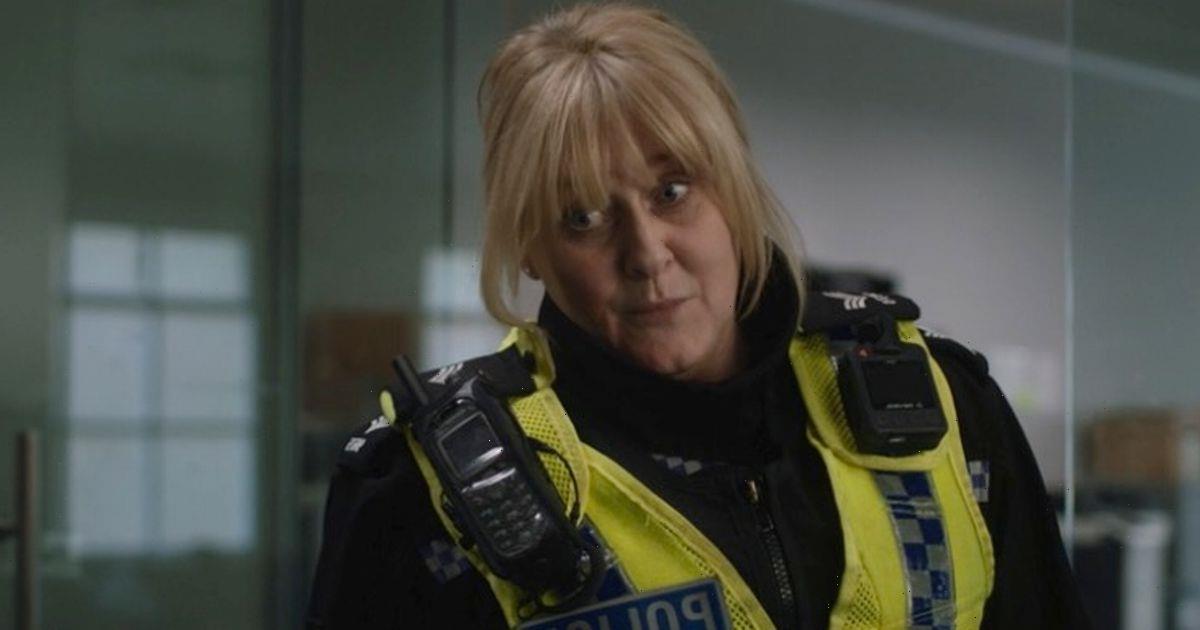 Happy Valley viewers have been left worried for Catherine Cawood on the hit BBC One series after Sunday's episode ended on a Tommy Lee Royce cliffhanger.

During the latest instalment, Tommy, played by James Norton, made an explosive and energetic escape during his court hearing, where on-screen son Ryan Cawood attended, after the Knežević's gang provided a distraction in the corridor.

The episode ended with Tommy ducking into a corner shop, where he was able to change into cyclist gear and ride off on a bicycle without the police spotting him due to the clever disguise.

Prior to the escape, sergeant Catherine had feared enemy Tommy would escape as she begged Inspector Mike Taylor: "And what about me? I need protection because if he gets out, he's coming for me.

"You need to find out what sort of escort he's got and whatever it is, they need to triple it."

And now, thanks to Catherine's prediction coming true, viewers have been left terrified that the beloved sergeant, who is due to retire soon, will be killed off by Tommy in a harrowing twist as this is the third and final series of the BBC One police drama.

Taking to Twitter, one person said: "I'm so scared that Catherine Cawood is going to die instead of being able to retire and I don't think I will be able to take it #HappyValley."

A different account put: "#HappyValley is far too stressful for a Sunday night [shocked emojis] need to find something calming to watch to try and sleep! I have an awful feeling either Catherine or Ryan are going to die."

While another fan wrote: "Im scared Catherine is going to die just before her retirement #HappyValley."

However, other viewers had a more positive outlook for Catherine, with one fan writing: "My #HappyValley prediction. Tommy will be about to kill Catherine. Ryan will defy Tommy and protect Catherine. He will be faced with a choice to kill Tommy or let him live, mirroring S1 Ep6. He will not kill him, confirming it's nurture not nature and then it's Himalayas time!"