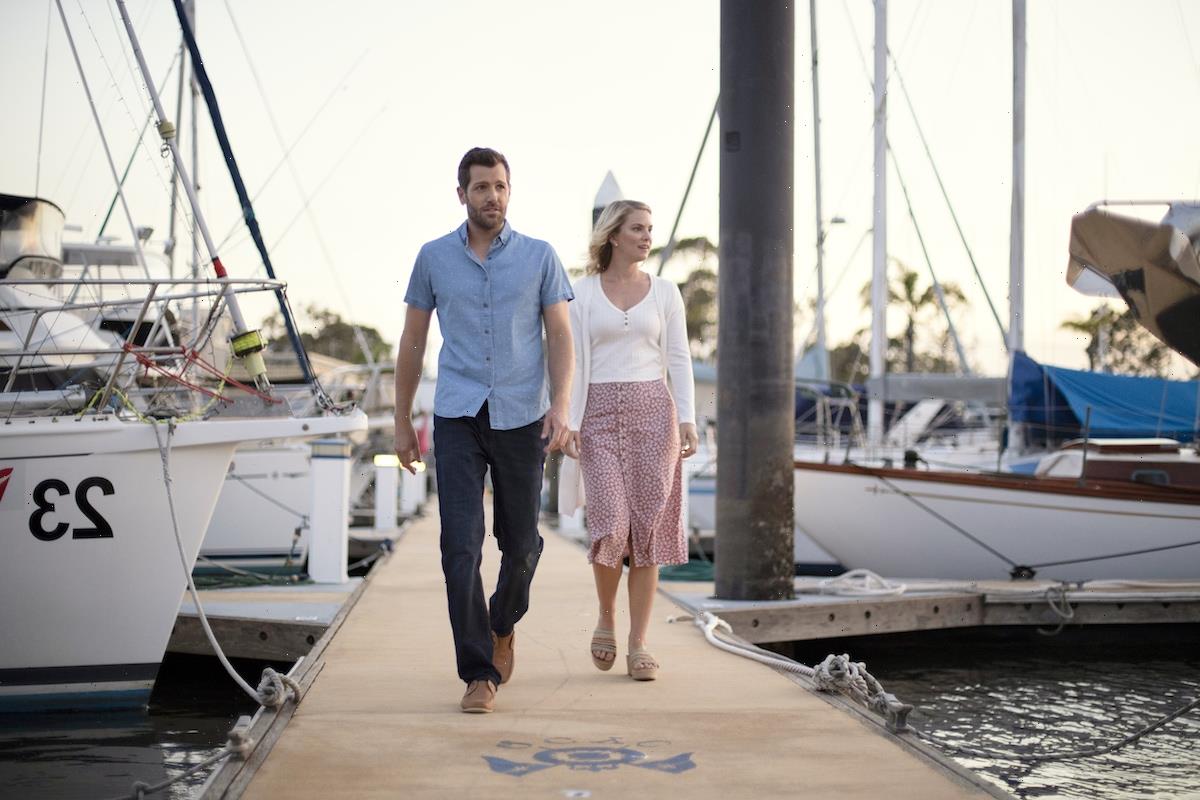 Hallmark Channel is taking a trip to Oz. Hearts Down Under, which premieres April 24, follows a chef named Caroline (Heartland star Cindy Busby) who inherits a restaurant in Australia. When she visits the café, she falls in love with its small town location, and with handsome cook Simon (Tim Ross from Wonderland) who works at the restaurant.

‘Hearts Down Under’ was shot on location in Australia

Like several other recent Hallmark movies that take place outside the U.S. (including the Ireland-set As Luck Would Have It, which aired earlier in April), Hearts Down Under was filmed on location. How did that work, given that Australia’s borders have been closed since March 2002 to prevent the spread of the coronavirus (COVID-19)?

It turns out, the movie was actually shot back in 2019, as Busby revealed in an April 16 tweet.

Though Hearts Down Under will be new to American audiences, the movie has been available to stream on Netflix in Australia for a while, under the title Romance on the Menu. 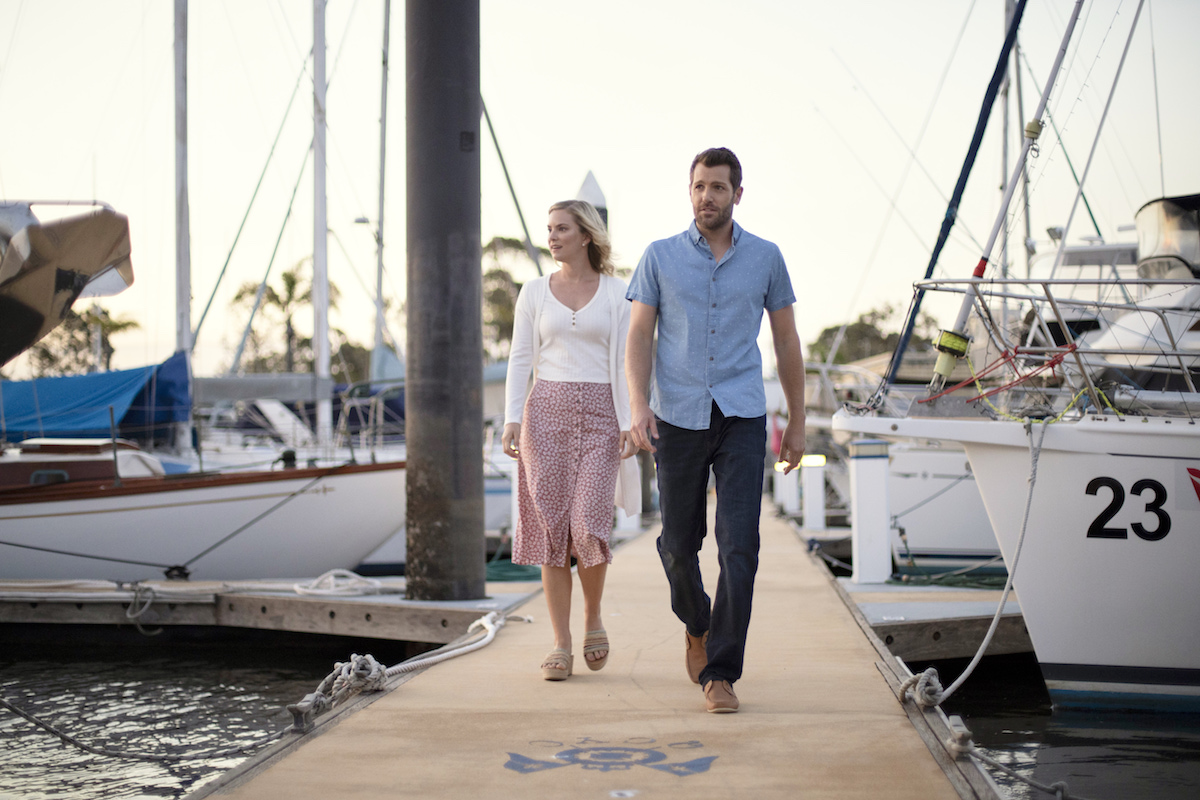 In a 2019 interview with the Courier-Mail, Busby — who recently appeared in the Hallmark movie Chasing Waterfalls — said she related to her character’s situation in Hearts Down Under.

“My character Caroline finds herself on the other side of the world in unfamiliar surroundings, and that is something I can relate to,” the Canadian actor said. She added that she was “so happy to have the opportunity to film in Australia for the first time.”

Hearts Down Under might have been filmed in Australia, but the town where the story takes place is fictional. Lemon Myrtle Cove isn’t a real place. Filming actually took place in Shorncliffe, a suburb of Brisbane, director Rosie Lourde told the Daily Mail.

What is ‘Hearts Down Under’ about? 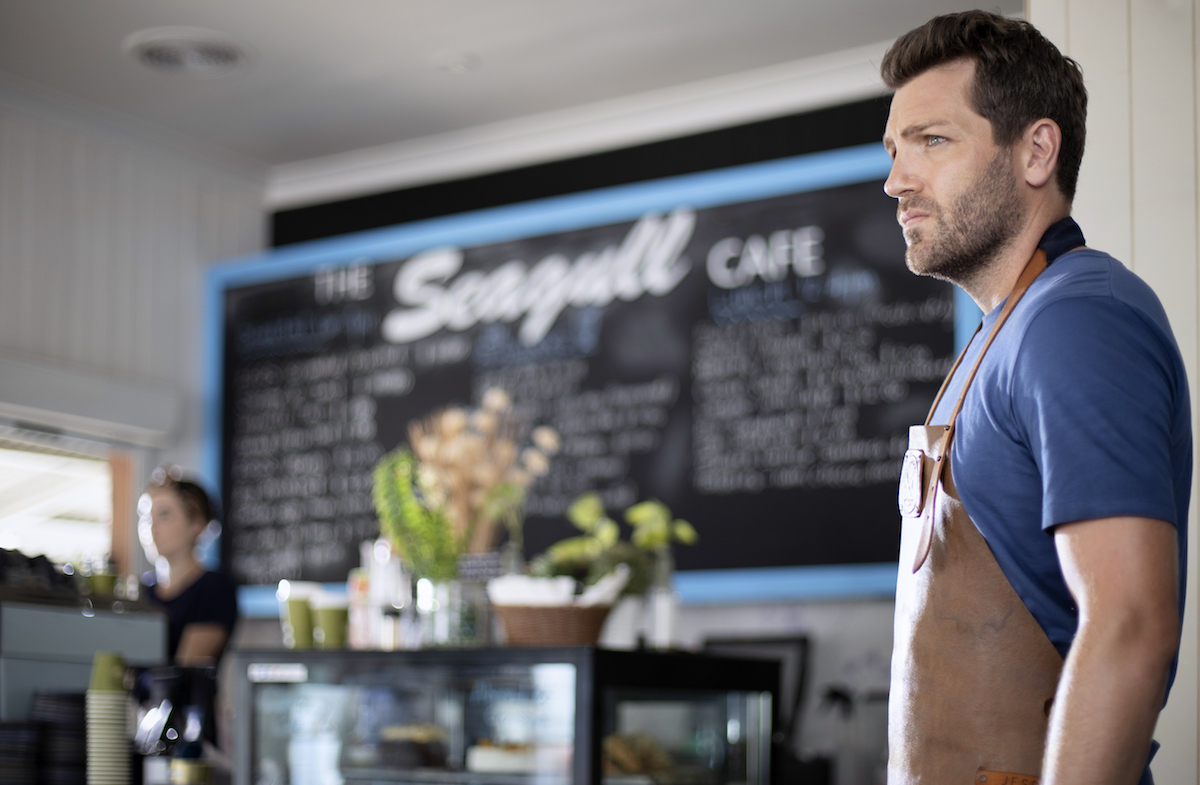 In Hearts Down Under, Busby’s character is a busy New York chef who unexpectedly inherits the Seagull Café from her beloved late aunt. She travels to Australia to visit the restaurant, with an idea that she’ll renovate he business and then sell it. But after spending some time in Lemon Myrtle Cove, she begins to fall for the town and its inhabitants — especially Simon.

Caroline starts to reevaluate her priorities, but her life in New York — and her ex-fiancé — are calling her back to the States. She faces a tough choice about whether to stay in Australia or return home to the familiar big city. The movie also features Naomi Sequeira, Joey Vieirra, Peter Bensley, Marita Wilcox, and Barbara Bingham.

Hearts Down Under airs Saturday, April 24 at 9 p.m. ET on Hallmark Channel.