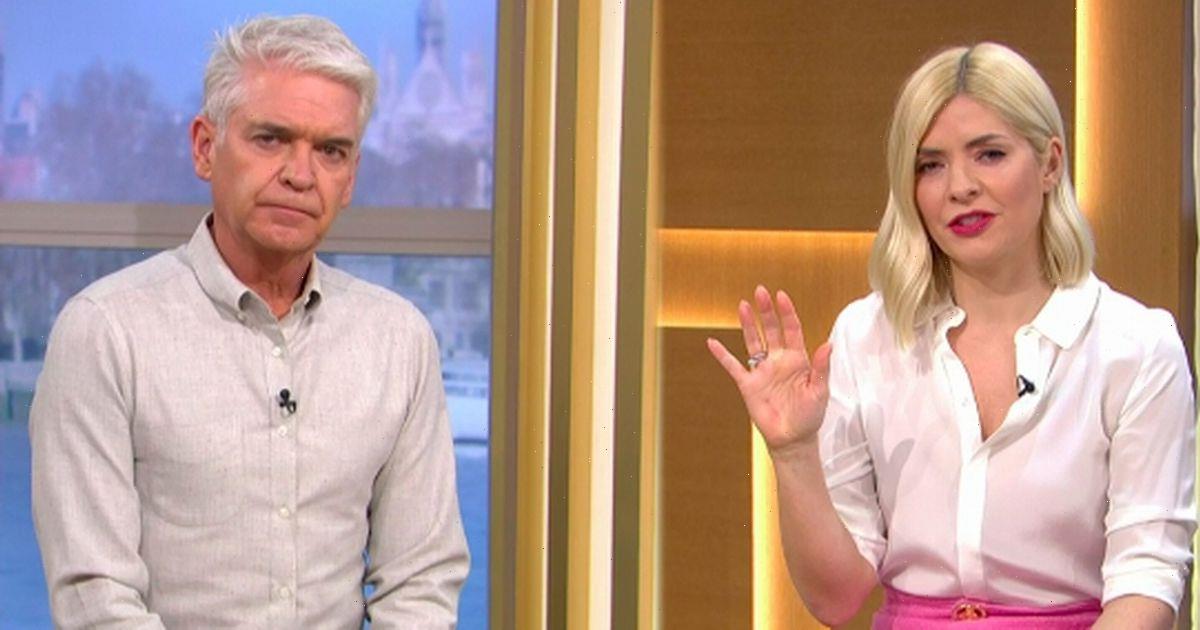 This Morning presenters Holly Willoughby and Phillip Schofield often set tongues wagging among fans and the press after reports emerged that there were apparently cracks in their friendship.

But now, mother-of-three Holly has spoken candidly about their relationship and insists the rumours are "nonsense" and the pair are in fact "best mates".

The presenting duo recently spoke to The Times to discuss speculation surrounding their ongoing rift but claimed it didn't "make sense".

Speaking to the publication ahead of the BAFTA TV awards on Sunday, Phillip said: "It's just nonsense," as Holly added: "Doesn't make sense."

Phillip continued: "You can't do two-and-a-half hours with people not having an opinion. I'm glad people have an opinion. There will always be the keyboard warriors, of which none of us take any notice."

Previously, reports claimed that a disagreement between Holly, 40, and Phillip, 59, began when she won a BAFTA award for stepping in as a replacement host for I'm a Celebrity… Get Me Out of Here! alongside regular presenter Declan Donnelly in 2018.

Presenter Holly went on to win the prestigious award the following year, but an ITV source claimed that Phillip was not happy about her win and did not want her to mention or celebrate her victory.

Talking to The Sun at the time, a source claimed: "Phillip was furious. He didn’t want Holly mentioning her triumph when they reunited on This Morning.

"It felt very petty and bitter for someone who is his close friend. But it felt like he was jealous."

An ex-colleague of Phillip reportedly confirmed the claims and said that the host was "jealous" of his co-star.

The former colleague said: "He is very jealous of Holly, who has remained a nice person despite her success."

According to reports at the time, things further escalated between the pair when Holly demanded that Phil stopped posting images of her drinking socially on his social media platform.

But because Holly was too nervous to ask him herself, she decided to go through her management company that they both shared at the time.

The twosome was also labelled as fake by former Dancing on Ice judge Jason Gardiner who worked with them on the skating show.

The presenting couple have worked together side-by-side for the last 15 years on This Morning, Dancing On Ice and Text Santa.

But in 2020, Holly appeared to become rather emotional when she discussed her relationship with Phillip at the Dancing on Ice press conference.

She said: "Phil and I met on this show. There's a lot of history in this show.

"My kids really love the show as well, I get quite emotional thinking about it, that all of them were carried in my tummy on this show and when we finished I always went off and had the babies.

"So now it's really nice because they love it and I tend to split it, I bring one of them each week, they come for the whole day and sit through the rehearsals. It's really nice. It's a real family show."

When asked if there was any tension between them, Holly said: "You couldn’t do the amount of hours of TV that we do with each other without getting on."

Phillip added: "We have such a laugh. We're best mates, she's like the sister I never had. I just adore working with her, she's just perfect."