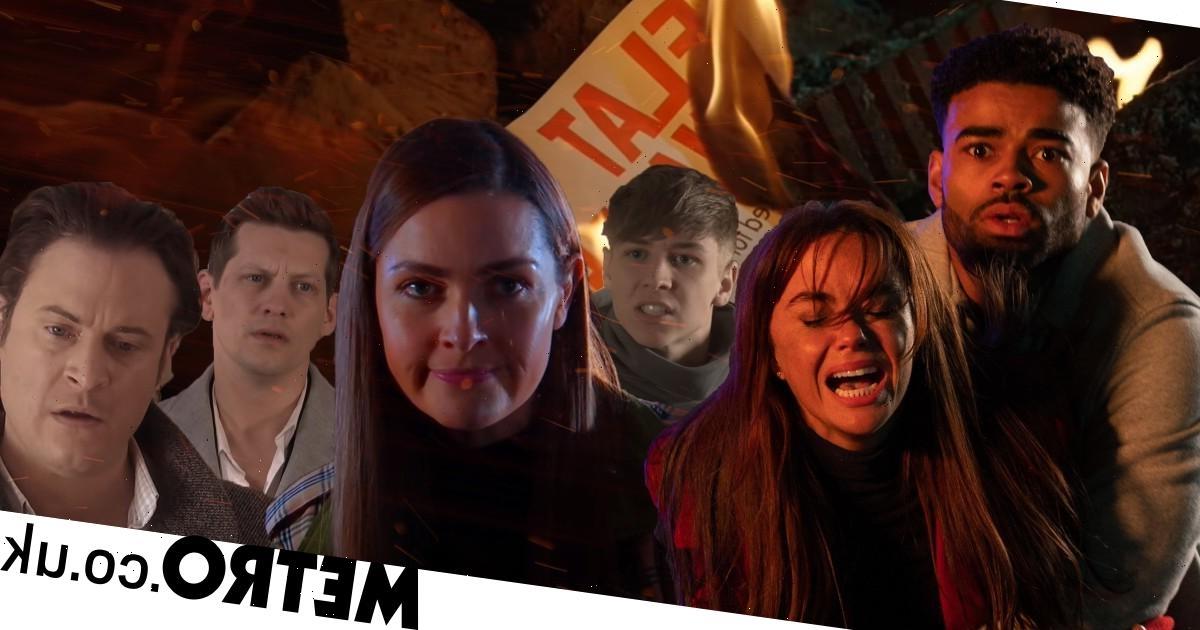 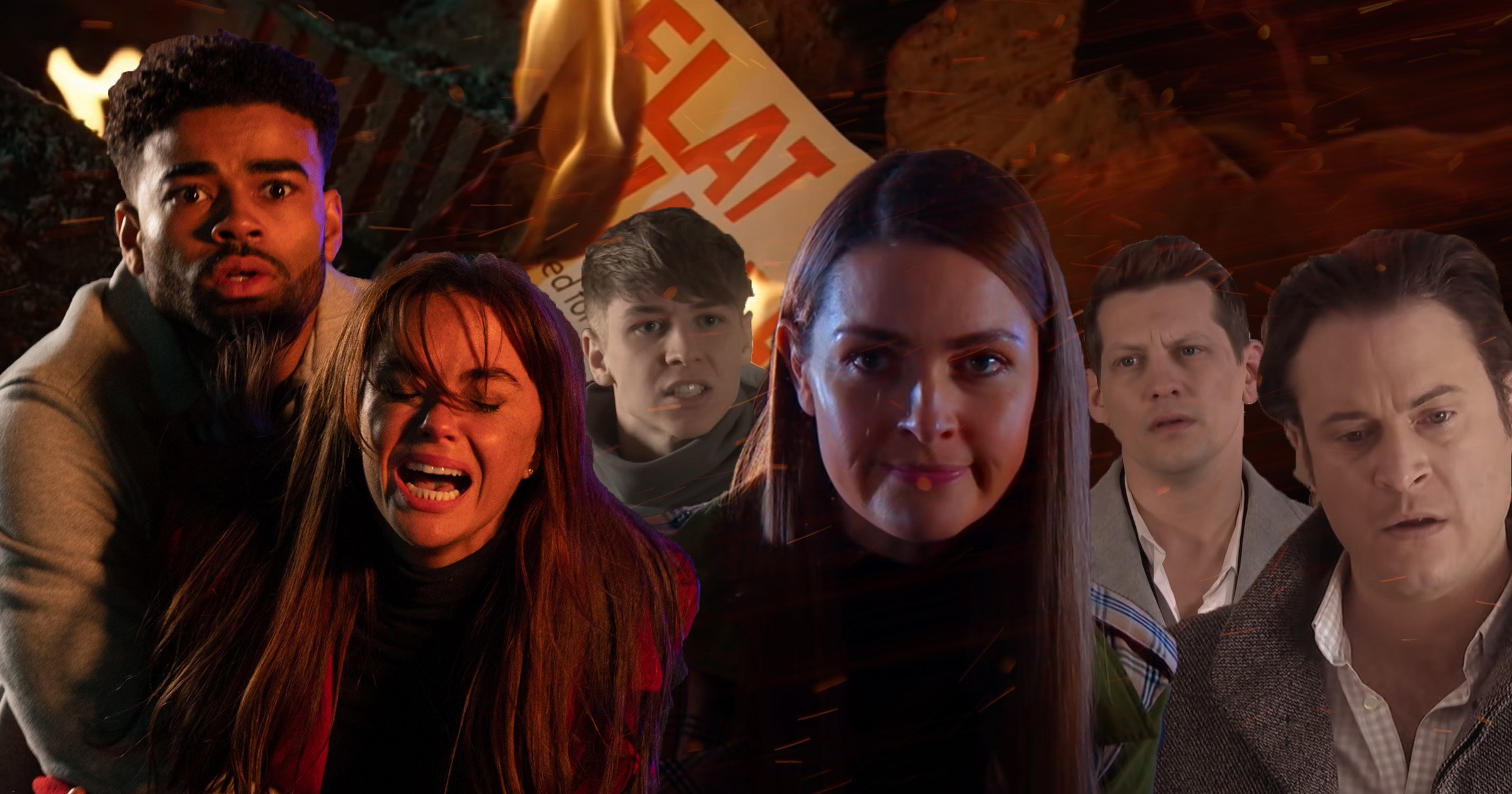 Hollyoaks is kicking off the year in spectacular fashion as a massive stunt will kill at least one character – and create storylines that will spiral in different directions.

As the show sets itself up for a year fans will never forget, we thought it was high time we caught up with new show chief Lucy Allan, to find out her plans and what is in store for our favourite characters.

How easy was it to decide who dies in the stunt? What is next for Sienna Blake, Juliet Nightingale, Warren Fox and Ste Hay?

And could the gang be heading off to sunnier climes again, defying the limitations of Covid?

What were your key aims when you took over Hollyoaks again?

Obviously, it was a delight and a joy to come back to the show. I started working as a script editor many, many years ago. The brilliance of Hollyoaks is that it’s still at the forefront of doing things first and doing things in a very Hollyoaks way.

The joy of coming back was looking at how that had developed in the intervening years and look at how we can continue growing that. Obviously we have had the joys of Covid to contend with too.

Which new characters since your last tenure were you most excited to work with?

There were loads but you can’t ask me to name them! (laughs). Come on, that is going to lead to a long line of people outside of my door saying ‘why don’t you love me’

Can you tease your big storylines for the year?

The massive thing is the one hour special and the stunt. Channel 4 have really backed us and given the challenge of the hour long so very early on in the year and that event will galvanise the stories moving on. It’s a big driver for the year.

As ever with Hollyoaks there are big issue led storylines that we tackle so very well. We have a few up our sleeve for the coming year which we think will set people talking; very exciting, first time stories and issues. It’s all building fundamentally from the stunt episode this week

Regarding the stunt, is it hard to decide who dies?

It’s agonising! We sit in a writer’s room, all of us and it’s such a difficult decision to see who you won’t keep. But I also think it’s really important to recognise that some of the most iconic characters in soap are the ones who aren’t there anymore and are remembered for their amazing exit storylines.

Look at Ricky Whittle, who played Calvin and where he is now. I killed him many moons ago and that was a really difficult choice to make – it works both ways.

Would you ever bring back Summer to revisit her connection with Sienna?

This is soap so never say never, right? We know that that worked really well on screen. At the moment we’re all very excited by Ste and Sienna on screen and their dynamic, there is some really, really good stuff coming for those two.

Darren and Nancy are fan favourites – will they be okay?

I think that’s what we have to remember at the bottom of it all, that they genuinely love each other. But nothing is plain sailing in soap so you can guarantee there will be a lot of hurdles along the way!

What about Peri and Juliet? Are you pleased with how they have gone down with fans?

I can’t talk about them historically as that predates my time on the show. But Ruby and Niamh are fantastic actors and really bring something incredible and authentic and that’s clearly what fans that have latched onto and loved.

That’s a story that is discussed a lot in the writer’s room – the fundamental differences between these characters and the ups and downs that such a relationship will face.

Where does Luke’s journey go from here?

We have big chapters coming up for that story through 2022. He is a fantastic and adored heritage character in the show and playing through really complex, traumatic and heartbreaking times. But it also has fun, charm and family orientation. It’s important that we find joy and hope as part of this tragic storyline

Tell us more about the issue led storylines you have planned

The only thing I can say at this point is that we have several really big issue led stories over 2022, some spiralling into huge things and others responding to current themes of the world.

Things that are happening now and making Hollyoaks the platform to do it first and in their own way. I’d love to talk about i9t more further down the line.

Do you have new castings or returns planned?

Obviously the new family, the Chen-Williams, we are so excited for them and the really modern blended family feel with so many dynamic characters – we feel we needed that representation. We spent a lot of time in acting and writing workshops around this family, working with them. In person and not in Zoom, which was a novelty!

And seeing it coming through on screen and working with them together, they feel like a real family unit. In terms of returns, Zara has proved to be a very significant one with fans and the audience, she brings so much to the show. We’re really focusing on who we have got and the new family we have.

Sienna is a character with so much to play – what can you say is next?

The absolute joy of Sienna, which is a huge testimony to Anna Passey, is you can take her anywhere and still believe in it and follow it. Who would have ever thought we’d see her as a cleaner with Ste but their dynamic together really works. She is an extraordinary soap character and we’re excited to push her in as many different ways as possible.

Will Warren get his comeuppance?

Well, we all love Jamie Lomas, right? That’s a given. Warren will continue to be his very own worst enemy but we’re very invested in him as a character.

Hmmm, let’s think, what can I tell you? Shall we leave it at foreign climes and aspirations for a bit of foreign filming…?

So long as we get an invite!

I want an invite first!