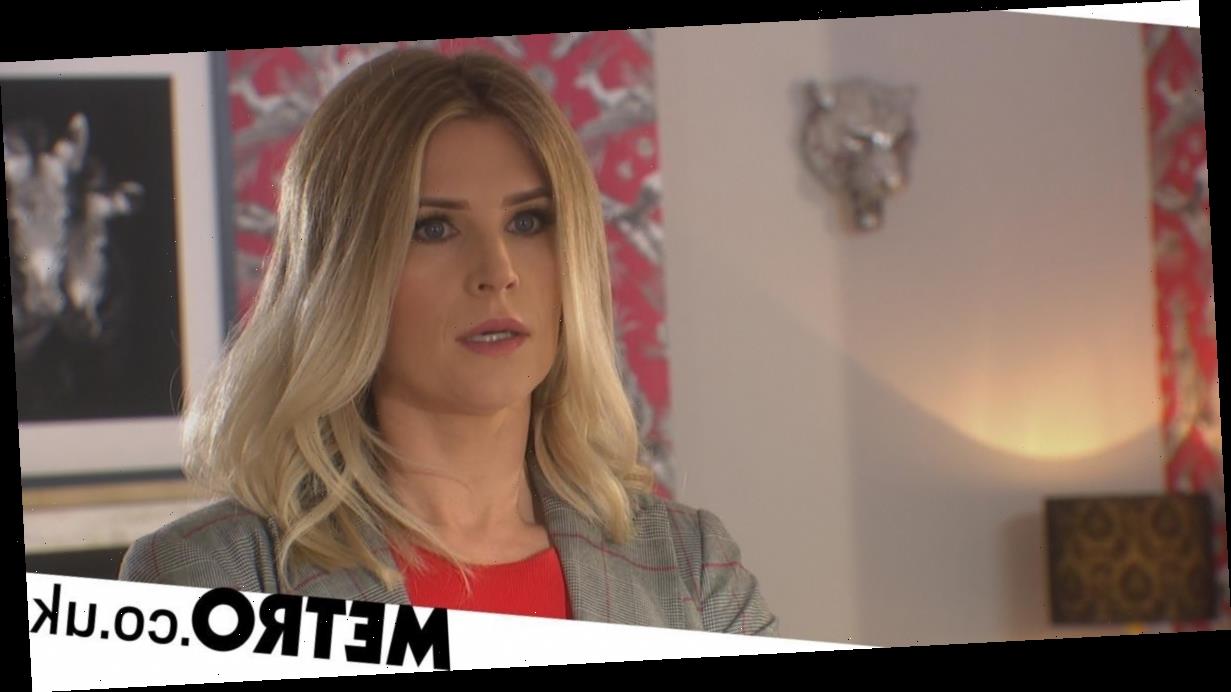 Darren has had a tough few months, after Kyle Kelly (Adam Rickett) took his own life, in heartbreaking scenes.

And viewers have watched on as he attempted to preserve his pal’s memory, gradually becoming obsessed over protecting some duck eggs.

In scenes that air on Monday, Mandy reads the diary her beau has been keeping, where he states that he wants to ‘end it all’.

Despite Darren’s insistence that he is coping, she becomes increasingly concerned for his mental health.

With her worries mounting, she turns to Cindy (Stephanie Waring) for guidance, who recalls that Kyle also said he was happy shortly before he took his own life.

Mandy rushes out to find Darren – but will she be able to get through to him?

He previously opened up about his mental health, telling those closest to him that he previously contemplated taking his own life.

An episode from April showed a struggling Darren visiting a remote rooftop, with Kyle eventually talking him down, and encouraging him to seek help.

And Ashley has been left ‘overwhelmed’ by the reaction to his character’s ordeal.

In a candid chat with Radio Times, he said: ‘Everybody needs to be more sensitive, especially now with what’s happening in the world.

‘We can relate to this story more than ever now, and the response from the audience has been overwhelming. To get strong feedback and hear people open up is incredible.

‘We all look inward when we’ve got problems, and being in lockdown has really taught us, myself included, about anxiety. It’s a natural thing. We don’t give ourselves credit for what we go through in everyday life, but we need awareness of how people are feeling.’

Ashley added: ‘This storyline makes me proud of what we do. It’s been very strong and definitely the best, most important work I’ve ever done on Hollyoaks.’