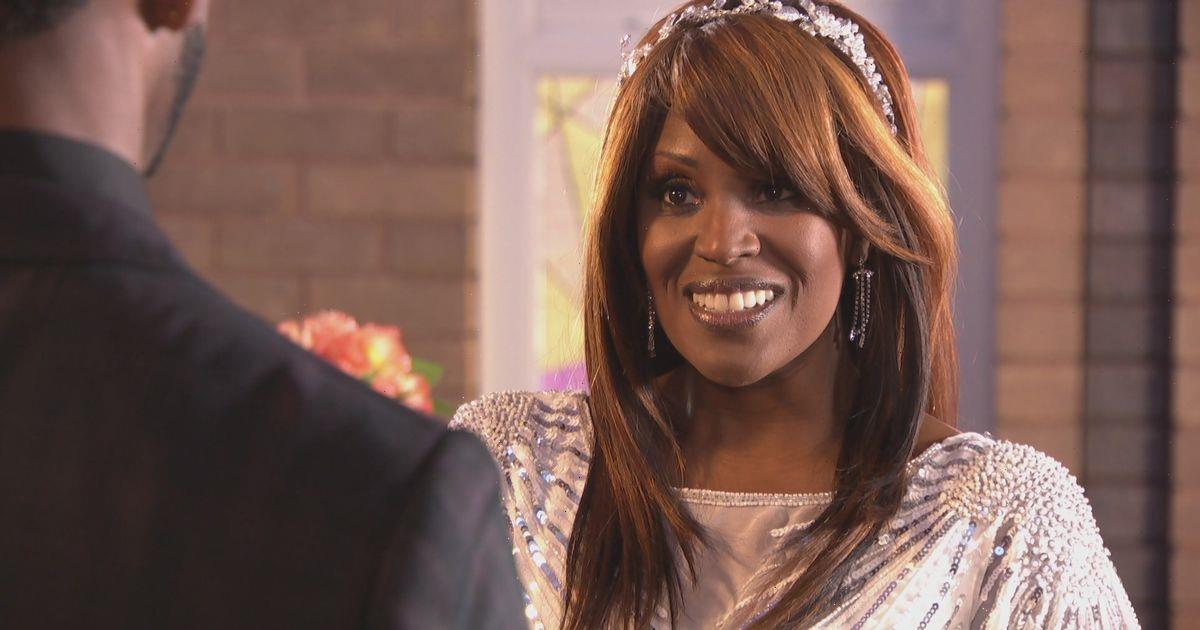 However, things don't go quite to plan for the happy couple as a postcard sends Felix and Toby Faroe (Bobby Gordon) into panic mode.

Grace Black (Tamara Wall) catches Nate Denby (Chris Charles) as he prepares to make use of DeMarcus Westwood’s (Tomi Ade) key and there are some shocking revelations when Nate crumbles under Grace’s interrogation.

Furious with Nate, Grace cuts ties with him, but will she tell bride-to-be Martine what she knows?

The sender of the postcard is later revealed and things seem to be back on track for the Devereaux family but when DeMarcus surprises Nate with a bit of information, are things about to get worse?

As the pre-wedding celebrations approach, Toby and Celeste Faroe (Andrea Ali) get a clear and messy warning that someone is onto them about Lisa Loveday's murder.

It’s the day of Martine and Felix’s wedding, but with secrets set to be uncovered, will their day go off without a hitch?

Grace and Nate set a trap for the Deveraux family and, luckily for them, someone bites.

Also, a visit from Fergus Collins (Robert Beck) leaves Warren Fox (Jamie Lomas) unsettled as he tries to protect his family from prison, but with Fergus plotting his demise behind the scenes, will he be able to protect himself?

Working against the clock, the team to take Fergus down has suddenly gotten bigger but as the stakes heighten.

Theres a warning from Warren, Maxine Minniver (Nikki Sanderson) has to make a deadly decision.

A major fumble puts Maxine at risk of prison time until an unexpected ally comes to their rescue.

She struggles to keep her anxieties at bay as she realises Fergus’ reign of terror might not be over yet.

As the pair celebrate, viewers are given another piece to the puzzle of Darren’s disappearance and a glimmer of hope that he might be found sooner rather than later.

Hollyoaks airs weekdays on Channel 4 at 6.30pm followed by first look episodes on E4 at 7pm