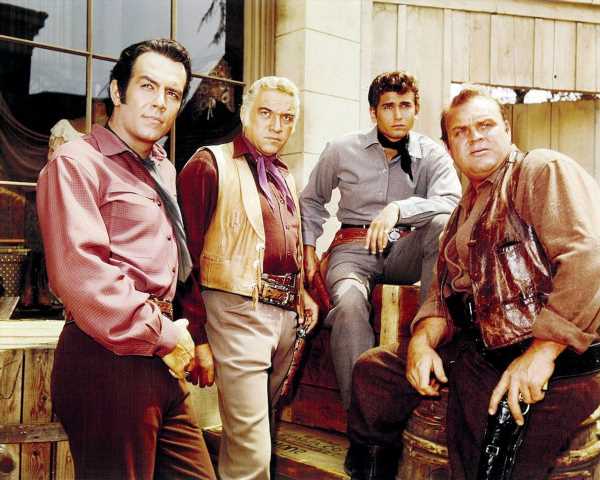 It’s also the show that helped make Michael Landon famous. Being on the air for so long, the show had its fair share of secrets — some things the Cartwright family wouldn’t want to get out.

Set in the 1860s, the show centers around the Cartwright family living near Virginia City, Nevada. Featuring Lorne Greene, Pernell Roberts, Dan Blocker, and Landon, Bonanza gained popularity due to its drama and advanced storylines for the time.

Even though ratings were decent in the beginning, canceling the show was always on the table due to its high production costs. However, because it was one of the first shows broadcast in color, the network decided to keep it on air.

The show tells the story of family patriarch Ben Cartwright and his three sons, Adam, Hoss, and Little Joe. Incorporating both action and drama interchangeably appealed to a wider audience. The show also wasn’t afraid to tackle tough issues like racial discrimination, religion, and even voting ideals. Today, new generations of fans can get acquainted with the Cartwright family through syndication. Several cable networks still keep the show on the air.

From triumph to tragedy

Hoss (Dan Blocker), the shy and lovable Cartwright brother was a cast and fan favorite. A big imposing man, Blocker usually was cast as a villain because of his size, something he dealt with since birth. Inspo reports that he weighed a whopping 14lbs at birth! He still holds the record as the largest baby born in his hometown of DeKalb, Bowie County, Texas.

Blocker also founded a popular restaurant chain. Bonanza started in 1963 and eventually branched out to include over 600 locations by the 1980s. By the late 1980s, Bonanza and its rival restaurant Ponderosa merged, creating a super Western-themed steakhouse according to Mashed.

At the end of the thirteenth season, no one could have foreseen that it was Blocker’s last. In 1972, he had surgery to remove his gallbladder. A routine surgery where Blocker expected to return to set for Bonanza’s fourteenth season turned tragic.

According to Mental Floss, he experienced a pulmonary embolism, a blood clot in the lungs, that killed him. He was only 43 and left behind a wife and four children.

Blocker’s costars struggled with his death, and no one knew how to handle his character on the show. Many thought the show would end, not seeing how they could go on.

That’s how Lorne Greene felt. “After Dan’s death, I didn’t see how the show could continue. I said to my wife, ‘That’s it. It’s finished.” But the show did go on. In an unprecedented move at the time, Bonanza killed off Hoss. It was the first time a TV show dealt with the death of one of its main characters.

When Bonanza first aired, Lorne Greene — playing onscreen dad Ben Cartwright was 44 years old. His TV son Pernell Roberts was only 31 in real life. Because Roberts had a slight bald spot, executives wanted him to wear a hairpiece. They wanted him to look younger, and a bald spot wasn’t going to work. Greene also started the series off wearing one.

As the years went by and the characters aged, even Blocker started wearing a toupee around 1968, as reported by Me TV. By the end of the series, all the regulars, except for Landon, who’s known for his luscious locks, wore hairpieces. Although no one was outright bald, aging caused their hair to look thinner.