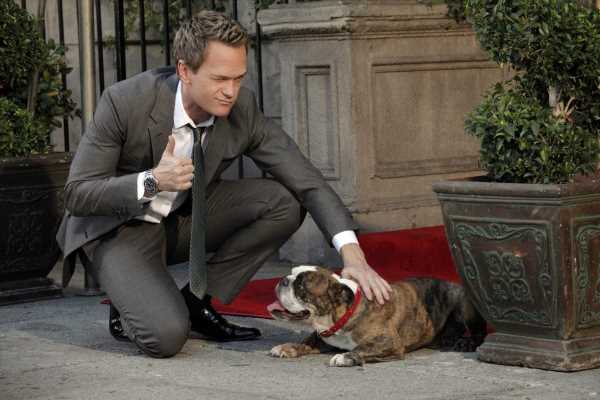 How I Met Your Mother‘s Barney Stinson (played by Neil Patrick Harris) was notoriously a womanizer. So, it didn’t come as much of a surprise when the somewhat shady businessman introduced his friends to his Playbook. The infamous book became another symbol often associated with Barney, alongside his suits, his inability to take a bad photo, and his catchphrases.

Although the book itself did not make too many appearances, Barney referenced it several times throughout the series. With how often Barney used the Playbook, many viewers began to wonder: how many plays does that thing have?

What is Barney Stinson’s Playbook?

Barney first pulled out his Playbook in How I Met Your Mother Season 5 Episode 8. The book included several scams that he used to pick up women. In the episode, Barney returns to womanizing following his breakup with Robin (Cobie Smulders). He uses the Playbook to pick up a friend of Lily’s (Alyson Hannigan), but Lily had intended to set her friend up with Ted (Josh Radnor).

Angry about Barney’s move, Lily steals his Playbook and plans to post everything online. However, she and her friends become too curious, so they watch Barney execute his “Scuba Diver” play. As it turned out, the play was just an incredibly long con to get Lily to set Barney up with someone.

Barney’s Playbook becomes a frequent point of reference. Other popular plays from the book include the “Ted Mosby,” where he dresses like Ted and tells women he was left at the altar, and the “He’s Not Coming,” which involves approaching women atop the Empire State Building to tell them “he’s not coming.”

How many plays are in the Playbook?

Barney never clarifies exactly how many plays are in the Playbook. However, a real Playbook is available for How I Met Your Mother fans, containing more than 75 plays. The synopsis reads:

Since the dawn of history man has searched for the answer to the most fundamental of questions: “Why am I here…not banging chicks?” The search is over. Now, with the help of The Playbook, you’ll be able to approach any beautiful woman, discover her innermost passion, and use that to trick her into sleeping with you. You’ll master more than seventy-five seduction techniques, developed by pickup guru and all-around good guy Barney Stinson, guaranteed to turn you into a bona fide ladies’ man.

Some highlights from the real Playbook include Barney’s plays from the show, such as “The Lorenzo Von Matterhorn” and “The Time Traveler.” The book even includes some plays never mentioned in How I Met Your Mother.

In what episode of ‘How I Met Your Mother’ does Barney Stinson burn the Playbook?

In season 8, Barney burns his beloved Playbook. But in typical Barney fashion, that’s part of another play. He uses a decoy Playbook in a plan to trick Robin into thinking he was marrying Patrice (Ellen D. Williams). Barney keeps a backup Playbook and uses a page to reveal his true plan to Robin: a proposal.

Barney doesn’t need the Playbook himself anymore, but he uses it to help Ted find a woman after a rough breakup with Jeanette (Abby Elliott). Unfortunately for Barney, Jeanette burns the Playbook when she finds out about Ted’s date.

The Playbook returns once again in season 9. Just before Barney’s wedding, he meets a pair of young men and spends a night drunkenly teaching them his womanizer ways. In the end, he gives them a collection of plays written on napkins.