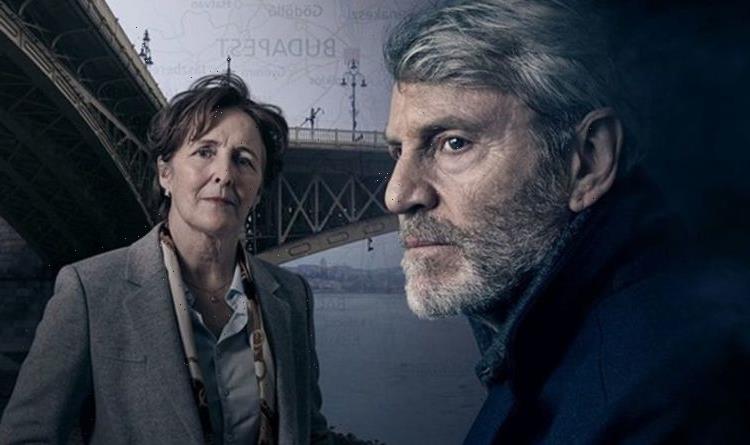 Baptiste is returning for the final time after the character originally debuted in the series The Missing. Julien Baptiste himself is played by Tchéky Karyo, set to be the last time he stars in the role. But how many episodes are in the second season of the BBC series?

How many episodes are in Baptiste season 2?

Baptiste fans have been awaiting the return of the show since it first debuted in 2019.

After a two-year hiatus, Baptiste is back, bringing fans another reluctant adventure for the hardened detective.

On the fringes of retirement, Baptiste will have to tackle one of his most challenging cases and he once again wages through the underbelly of society.

The official synopsis reads: “When British Ambassador Emma Chambers’ (Fiona Shaw) whole family disappears while on a skiing holiday in the Hungarian mountains, Baptiste immerses himself into Emma’s world, committed to finding her husband and two sons.”

The first season took place in Amsterdam, however, season two is bringing Baptiste to Hungary, as he navigates the streets of Budapest.

There will be eight episodes in season two, higher than the season one count of six.

The new season will premiere on BBC One on Sunday, July 19th at 9pm and will be available on BBC iPlayer the same day.

Star Karyo recently sat down with The Version to discuss where Baptiste is in season two and what he is going through.

The star explained: “Julien has reached the bottom of himself. He’s filled with anger, bitterness, pain, and he no longer knows where’s north or south.

“Julien’s lost; he gets aggressive, he loses his temper and brings a lot of pain to his loved ones at home.

“That is how we discover him at the beginning of the series. Then we flip from different time periods to understand where he is coming from and eventually see how great his capacity for resilience is.”

This darkest hour for Baptiste will also be his last as the series showrunners have confirmed there will not be a third season.

The show was originally intended to receive three seasons, however, co-creators Harry and Jack Williams decided it was time to end the character’s story.

Speaking to Metro, Harry Williams explained: “I think we began to worry that it would become a formula. Do we suddenly make him just another cop?

“When we wrote it we started to realise that if we did this, we wouldn’t get to do another one. It’s about doing the right thing for the character and not going ‘Hey, we’ll be back next year with more crazy adventures.’ It’s something great, that we all love and we’re proud of”

However, Karyo is holding out hope that he will get to reprise his role in the future.

Baptiste originally appeared in the BBC series The Missing, which ran from 2014 to 2016, with the new series being a spin-off of the character.

There is clearly demand for Baptiste, when asked if he would still play the role in 10 year time, Karyo told RadioTimes: “I mean, if I’m in good shape, why not?”

“You know, it depends. For the moment, we may, we may not, who knows? It’s not really decided but it’s a good character, it’s always an amazing distribution. They do great work, you see all the actors I’ve been working with – it’s fantastic.”

Fans will have to hold out hope that Baptiste will be back in some new form following the premiere of season two.

Karyo, 67, was originally born in Turkey and has gone on to have a prolific career in both film and TV.

The star can be seen in such classic films as The Patriot, The Core, Nikita, and Kiss of the Dragon.

More recently, Karyo starred in the series Possessions as Yoel, as well as the show The Name of the Rose as Papa Giovanni XXII.

Baptiste season two will be available to watch on BBC One on July 18.