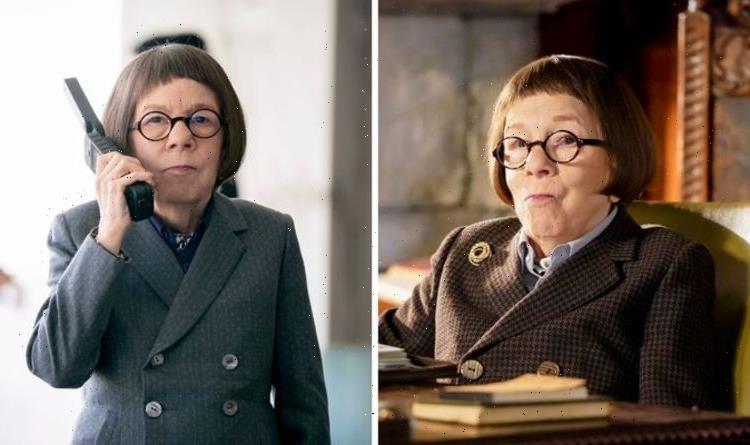 NCIS: Los Angeles has moved so far beyond just being a spin-off series, proving to be just as popular in its own right, this is largely due to the CBS series’ charismatic and endearing cast, with Hetty Lange (played by Linda Hunt) a fan-favourite. Having starred in the series since the beginning, some fans have wondered how much the star earns from the show.

How much does Linda Hunt make per episode?

Henrietta ‘Hetty’ Lange is the Operations Manager for the Office of Special Projects in NCIS: Los Angeles.

Since debuting in the first season of the series, she has stood out as a clear favourite among fans, known for her small stature and fierce attitude.

She is one of the most skilled Operations Managers in the entire NCIS franchise, who is also skilled in many different languages.

In recent years, the character has taken more of a backseat in the series, but she still remains an essential member of the team.

The star has a cumulative net worth of $12 million (£8.6 million) through her acting and voice acting work.

In recent years, the star has primarily worked as a voice actor, though her work on NCIS: Los Angeles means the bulk of her income still comes from live-action performance.

Since 2018, Hunt’s only acting work has been in NCIS: Los Angeles, as the star does not have any other projects in the pipeline.

While NCIS: Los Angeles has had its fair share of crossovers with many series, even many outside of the main NCIS universe, Hunt has not appeared in any other NCIS shows as Lange.

Her acting career started back in 1976 with an appearance in the TV series Great Performers.

Since then, Hunt’s career has gone from strength to strength, with the star, both on-screen and off, being beloved by fans.

A standout performance of Hunt’s was in 1984’s Dune, where she played the role of Shadout Mapes, the film is being remade now for a 2021 release.

At 76 years old, Hunt has a long and storied career behind her, having starred in countless films and TV series.

Some of her classic films include Kindergarten Cop, Pocahontas, Silverado and The Year of Living Dangerously.

More recently, Hunt gave her voice to the character Lady Proxima in Solo: A Star Wars Story, along with narrating the original God of War video game saga from the first to Ascension.

Now, Hunt only stars in NCIS: Los Angeles, leading some fans to fear she may leave the series.

Hunt has been teasing her retirement from acting for years now, putting fans on edge she could leave the show at any moment.

During a 2013 interview with CBS Sunday Morning, Hunt said: “I look forward to a time when I don’t have to work anymore, which is close at hand, I think.”

Fans can rest assured that Hunt will return in NCIS LA season 13, which will debut in October.

It isn’t clear what is in store for Hetty this season, but it is likely she will once again steal all the scenes she is in.

NCIS: Los Angeles season 13 premieres on CBS in the USA on Sunday, October 10. A UK release date is yet to be announced.