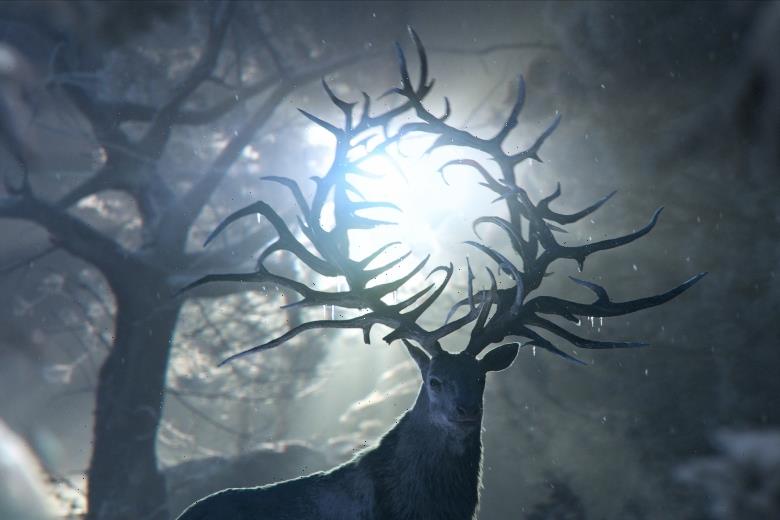 There’s no rulebook for fitting two books’ worth of story into eight episodes of TV. It would be a hard enough undertaking if that source material was set in a single location or one that didn’t have a gargantuan, seemingly endless magical void stretching across the horizon.

The Fold was just one hurdle in bringing “Shadow and Bone” to television. Aside from representing in visual form some of the otherworldly fantasy elements in Leigh Bardugo’s book universe, showrunner Eric Heisserer wanted to figure out a way to situate non-readers in this world as well. To start, he looked to a much different genre inspiration when working on the script for the opening episode.

“I treated it like a prestige medical drama. You have doctors throwing out terms that you’ve never heard of, for diseases and operations or even prescription meds. But you don’t care because it’s jargon,” Heisserer said. “You’ll pick it up on Episode 3 or 4, maybe, but otherwise, you’re in it for the stakes. You understand the intent and motive the characters and you follow them, you root for them. I was hoping that people wouldn’t feel bad about having to work a little bit on a genre fantasy show that throws a lot of stuff at you.”

It’s to the show’s credit that it doesn’t simply go for the most of the standard pilot tricks that other series use to churn through setup. As much as the logistical character introductions are a challenge in the early going, it certainly helps to have places to move through that have a lived-in feel to them. Even if a viewer doesn’t have all this world’s geographical specifics down, there’s still an immersive quality to some of these introductions. One key detail early on helped make one particular Ketterdam establishment feel like an alluring and potentially dangerous gambling den all its own.

“When we were designing the Crow Club, we had been very meticulous about a number of elements. Then someone put a Hoyle deck on the felt card table and it just stood out like a sore thumb. ‘We’re at a Vegas casino now,’” Heiserrer said. “So went back to the art department to create our own card decks and that meant we needed to create our own suits and numbering system. The numbering system then populated the rest of the club and later on in currency. Paper bills and coins from three different countries and it’ll grow, if we’re lucky enough to come back for Season 2.”

It took just as much trust to know when not to fill in too much. Particularly for the movements and actions of the Grisha, individuals who have power to manipulate the elements around them, there were multiple iterations of how to represent those abilities visually. For some, their intricate hand movements end up being one of the series’ most effective practical effects. 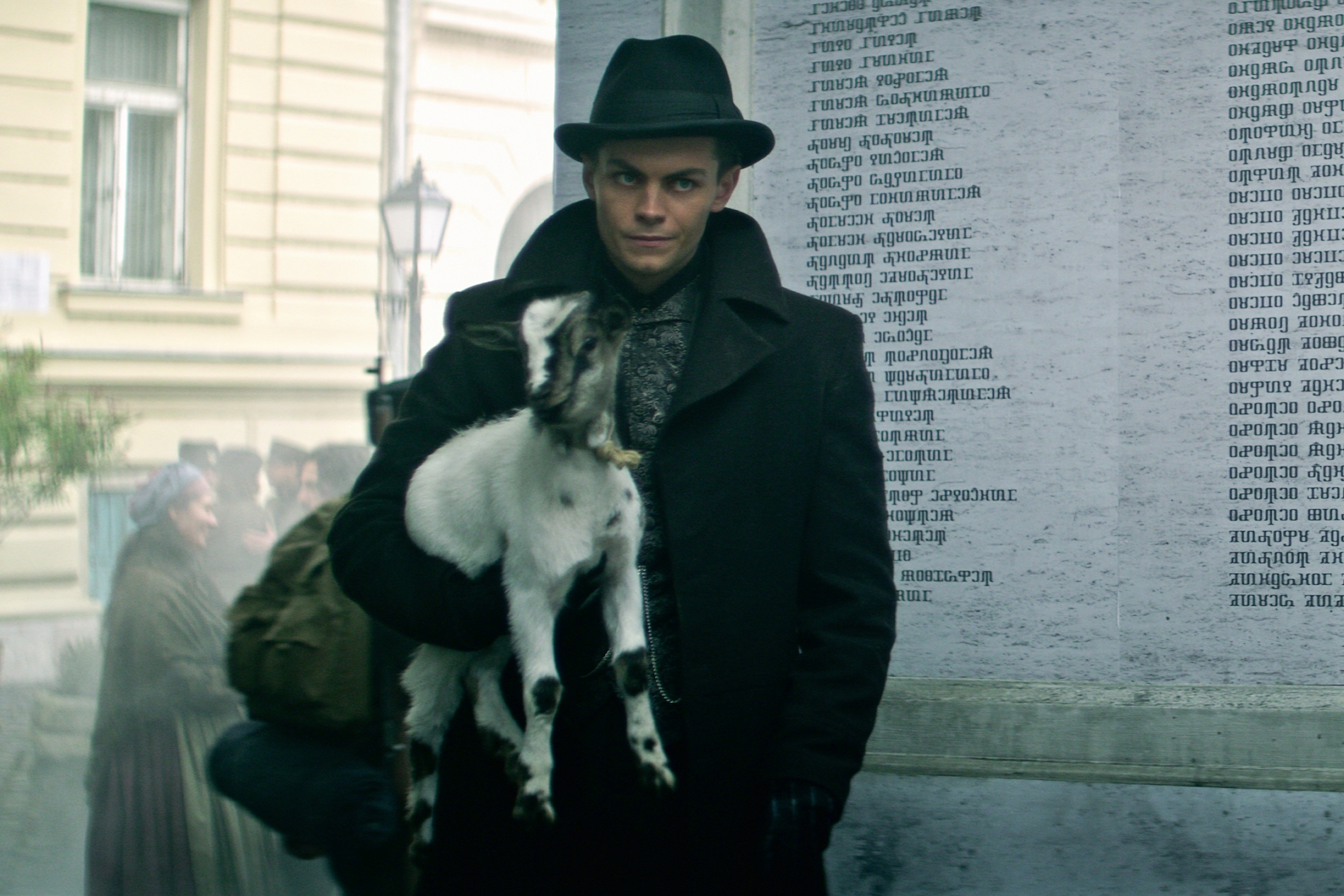 “We made a run at visualizing some of those elements, like with Heartrenders. We found it a bit visually confusing in terms of how they might inadvertently compare to say, the Squaller with their wind power. We decided that it’d be alright to keep Heartrenders and Healers for having a visual component,” Heisserer said.

In a world with plenty of fantastical possibilities, Heisserer wanted to assemble a writing staff that could speak to the more grounded aspects of the “Shadow and Bone” world. There are feelings of confusion and alienation and discovery that are as central to the world as fireballs and glowing orbs. It takes the former to enrich the latter.

“I needed a group of writers who had dramatically different life experiences from my own. I wasn’t going to be able to have insight into the real life experiences of those character and I needed voices in the room to sort of champion and guide that. For most of the show, I just listened with empathy,” Heisserer said. “One of my writers, Vanya Asher, was a refugee from Sarajevo who fled with his family when he was a boy, and that informed moments and character beats within the Ravkan War in the books. I had a number of mixed-race writers in the room, including my writers assistant Nick Culbertson who had such passion for the show and had so many good ideas and had a lot of real life to draw upon that he co-wrote Episode 105. Daegan Fryklind and Shelley Meals and Christina Strain were all really influential in so many elements of the story of the show. I’m just grateful to everybody. I wound up hiring people that are more talented than I am, really.”

Drawing on external experience also meant using fellow Netflix series to the show’s advantage. One of the main “Shadow and Bone” centerpiece visual effects is the mystical stag whose power becomes pivotal in the final episode’s climactic showdown. Fortunately, tracking the movements of a digitally created woodland creature had some precedent on one of the platform’s most popular shows.

“Doing CG animals is always a huge undertaking. And I think we had, in part, the ability to pull that off with the handful of kruge that we had to pay for it, because we took some lessons from the deer in ‘The Crown’ of all things,” Heisserer said. “Because it was a deer meant that we could essentially base a lot of our modeling off of it. We could learn lessons from what we felt bumped us when we saw that in motion, and see if we could fix that or improve upon it.”

In the absence of any winged, flying hellbeasts in during the reign of Queen Elizabeth II, fashioning a look and feel for the volcra that populate the Fold understandably had fewer reference points. Like so many other elements of building out life on Ravkan land, Heisserer wanted something that would feel tangible, even if it wasn’t fully familiar. 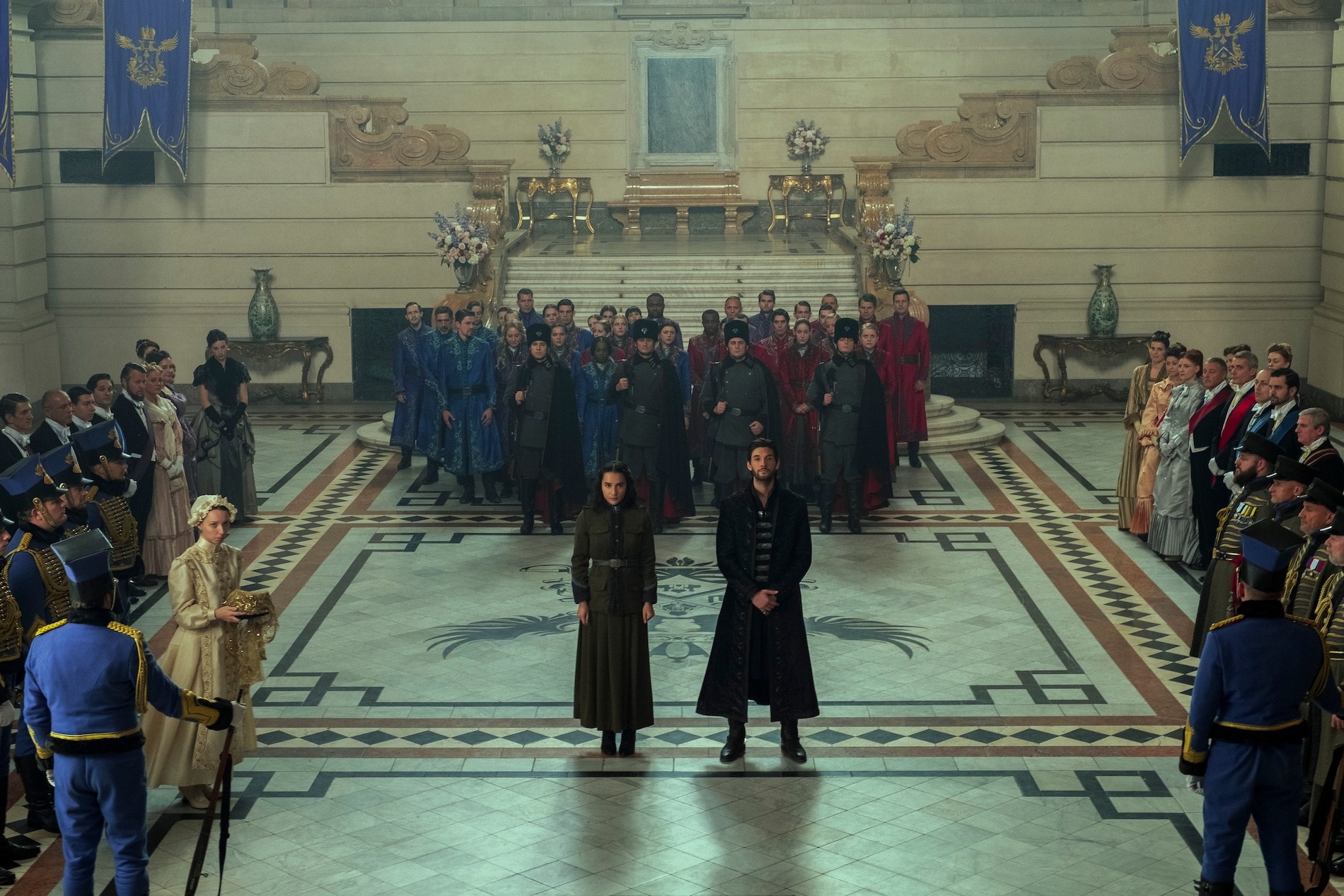 “We all had our own ideas what they would look like. When you when you start to see these in motion, you realize this is a creature that looks good in a still rendering, but then when it moves, you realize it’s not adhering to any laws of nature. So you don’t understand how the body works. That led us down some paths to try and land on the version we did,” Heisserer said. “Ted Rae, my visual effects supervisor, said, ‘We don’t like monsters that feel like they were just copy-pasted.’ So we came up with a number of sizes and coloring and head skull shapes for these Volcra that could then populate the Fold.”

It also helps to have characters who embody a certain kind of ambiguity, where any number of outcomes feel plausible. To the uninitiated, General Kirigan (Ben Barnes) begins as a character with enigmatic allegiances well before the season’s eventual big Darkling reveal.

“Ben showed up in Budapest with these well-worn copies of ‘Shadow and Bone’ and the other books in the trilogy. They had little Post-It notes and highlights of moments and lines that he cherished and wanted to find a home for somewhere in the show, if possible. If we didn’t have the scene where they originated, he’d at least have it in his head as something that he had said moments ago, before stepping into a new room. He and I had a lot of dinners and spoke about this character and made sure that we could understand where he was coming from, even when he had to go villainous,” Heisserer said. “He’s just full of positive energy. Through this casting of all of our young fresh faces, we were surrounded by pluses. We were surrounded by people who just wanted to lift each other up, and it made for an amazing artistic experience for us.”

While any potential Season 2 for the show would certainly have the benefit of these first eight episodes of narrative groundwork, any book readers are likely anticipating the introduction of characters that haven’t yet made an appearance.

And as much as Nina and Matthias’ arctic sojourn brought a strong thread of romance and adventure to the opening season, Heisserer is looking forward to potentially integrating that storyline with the others’ as well.

“There are two characters I’m most excited about introducing to the world that then help advance and complicate the lives of a few of other of our characters. One is Nikolai and the other is Wylan,” Heisserer said. “You have to give up the idea that you can tell these characters’ stories in one season and be done with it. You have to live in the hope that the show will continue, to treat Future You and the future show with enough respect and establish moments that you can then nurture and grow in later seasons. When you step back, and you look at the show as a whole, you see all the seeds that were planted in that first season to make that work.”

“Shadow and Bone” is now available to stream on Netflix.