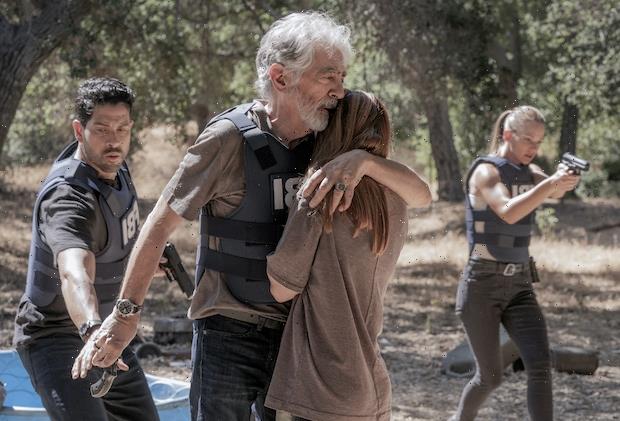 Paramount+’s Criminal Minds: Evolution kicks off the first half of its season on Thanksgiving Day — Thursday, Nov. 24 — when it will release the first two episodes. (Read our review.) New episodes will release weekly every Thursday through Dec. 15, at which time the series will take a holiday break. The 10-episode season will then resume Thursday, Jan. 12, building to a Feb. 9 finale.

How to Watch Criminal Minds: Evolution on Paramount+
Criminal Minds: Evolution will stream exclusively on Paramount+ beginning Thursday, Nov. 24. Sign up now to stream the “revival” as well as other Paramount+ content, including Evil, the acclaimed series from the creators of The Good Fight; the military drama SEAL Team; The Good Fight; Star Trek: Discovery, Star Trek: Picard, Star Trek: Strange New Worlds and the animated Star Trek: Lower Decks and Star Trek: Prodigy; the Sylvester Stallone crime drama Tulsa King; Halo, based on the hit video game series; Mayor of Kingstown; the sports dramedy The Game and more.

The Premium plan, which runs $9.99/month after a one-week free trial, throws in more live sports, live streaming of your local CBS station and the ability to download shows to watch later, with NO ads (except for live TV and a few other exceptions).

What Is Criminal Minds: Evolution About?
Criminal Minds: Evolution finds the BAU’s elite profilers going up against “their greatest threat yet” — Elias Voit, an UnSub who spent the pandemic cultivating a network of other serial killers. Now, with the world opening back up, Voit’s network goes operational, and the BAU team must hunt them down… one murder at a time.

As previously reported, neither OG Criminal Minds cast member Matthew Gray Gubler nor Season 13 addition Daniel Henney will be reprising their roles, as Spencer and Matt respectively. “It’s a little bit of a mystery what Reid and Simmons are up to,” returning showrunner Erica Messer told TVLine, “but they’re certainly not forgotten.”