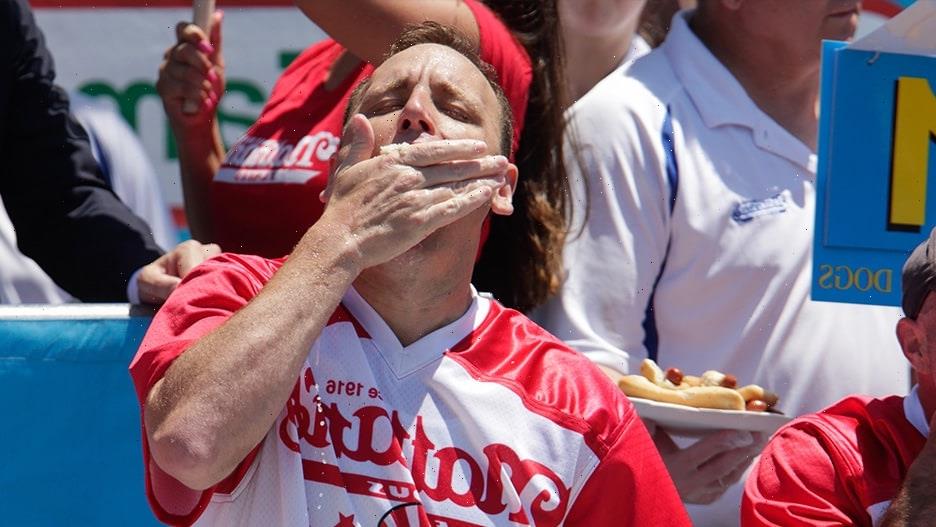 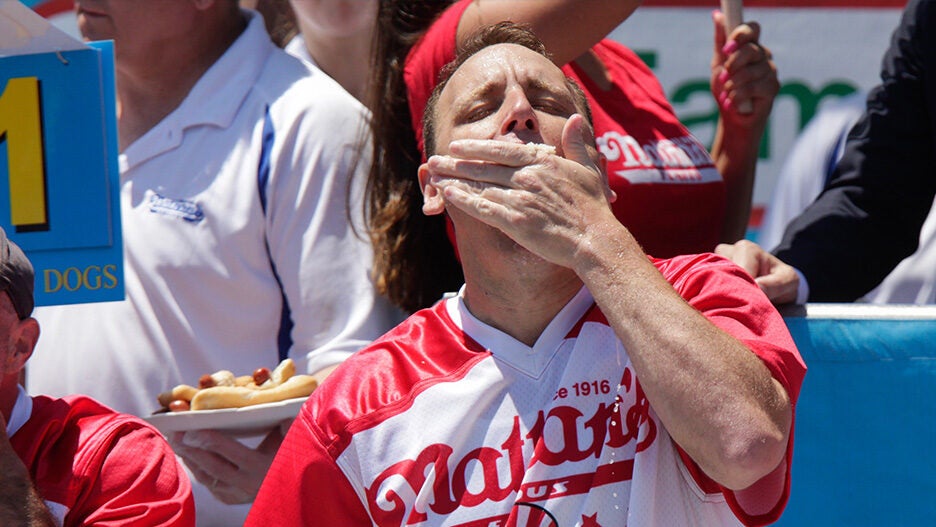 Fireworks may be a 4th of July tradition, but so is watching a bunch of people stuffing their faces with hot dogs in an effort to win the coveted Mustard Belt in the Nathan’s Famous Hot Dog Eating Contest. And this year, Joey “Jaws” Chestnut is attempting to break his own record — so here’s how you can see it.

Chestnut, 37, has won the Nathan’s contest a record 13 times in the last 14 years. In 2020, though, there were no crowds cheering him on in person due to COVID restrictions, Chestnut smashed a record 75 hot dogs in 10 minutes. Going into the competition this year, he’s the odds-on favorite by a long shot, going into the event at  -3000.

And yes, he’s fully aware of the pressure he’s facing. “Many huge favorites have failed to deliver… I need to stay focused, hungry, and happy,” Chestnut tweeted prior to the competition.

In a pre-event interview with Nathan’s, Chestnut contended that he could eat “16, maybe 17” hot dogs in one minute. Granted, it’s a hard pace to keep. If he were able to, Chestnut would be finishing upwards of 160 hot dogs in the time allowed, more than double his current record.

For those watching from home, ESPN has exclusive live broadcast rights for the event. The women’s portion of the competition, which begins at 11:30 a.m. ET, will air on ESPN3 and stream on the ESPN app. The men’s competition begins at noon and will be telecast on ESPN — and there will even be a “Joey Chestnut Cam” on ESPN’s site.