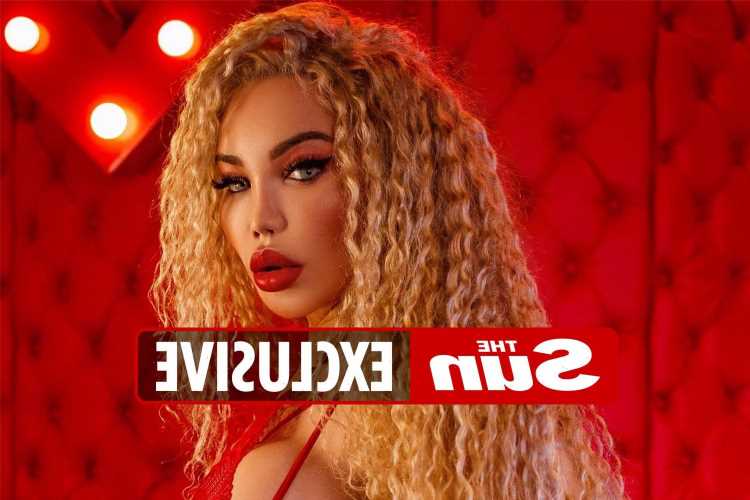 JESSICA Alves thought she found love at last after receiving a string of flirty messages over two weeks, where she was branded “beautiful” by her lovestruck suitor and told he was “excited to meet” her.

The 38-year-old, who rose to fame while living as “the Human Ken Doll”, was contacted by a The Only Way Is Essex star last month who spotted her saucy snaps online. 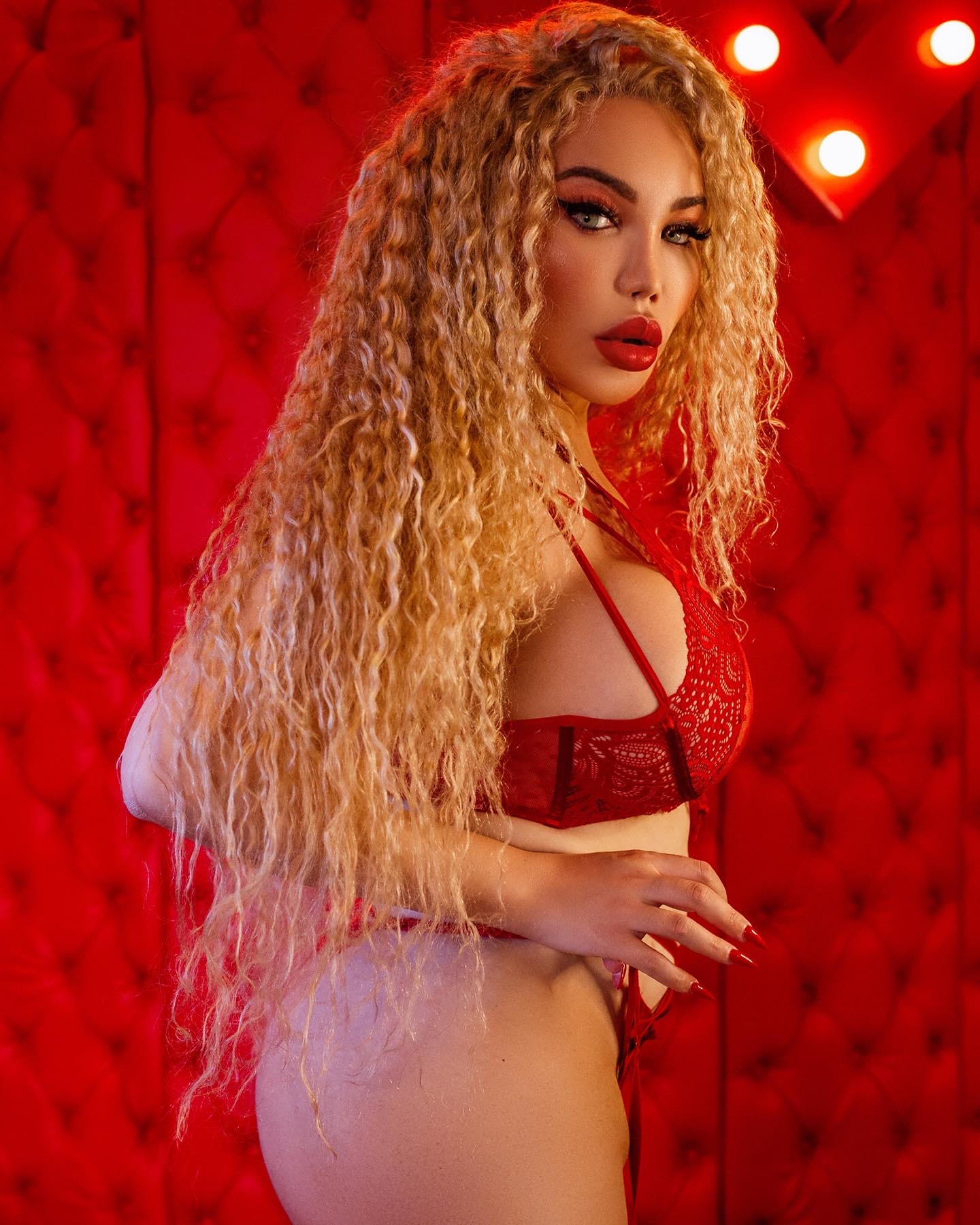 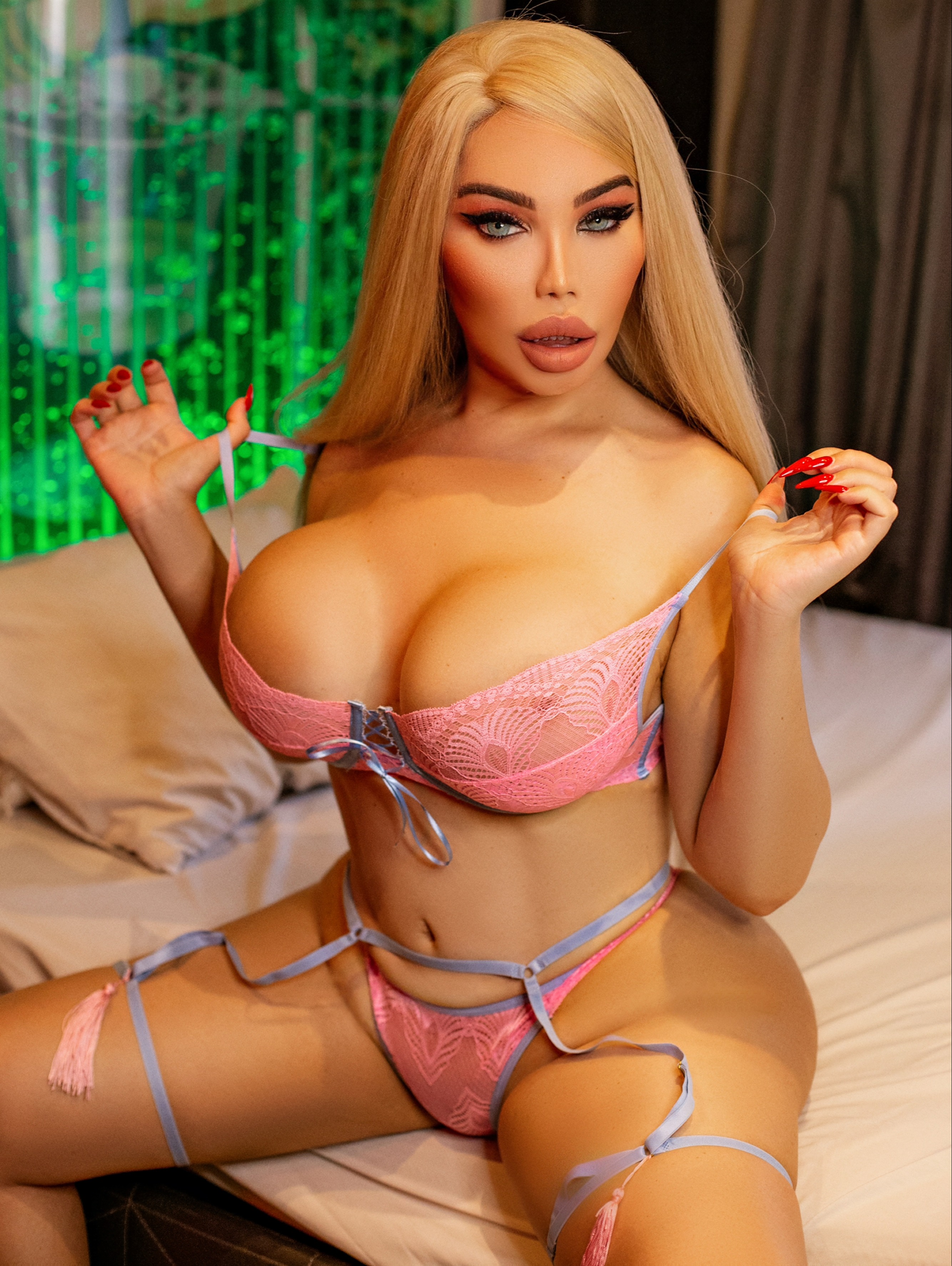 Jessica was thrilled by the attention and ahead of the pair going on a date face to face in London, she felt she needed to tell him she is transgender.

In messages seen by The Sun, the shocked reality star responded “What” followed by “What do you mean?”, allegedly unaware of what the term meant.

The unnamed TOWIE bloke then went on to “ghost” Jessica, who was “devastated” by the abrupt ending of potential romance after having similar experiences in the past.

She tells The Sun: “I was really upset and really wanted to cry, he was speaking to me for two weeks but now I have no interest in meeting him.

“He was very excited to meet me and sent me messages calling me beautiful and stunning and we even had a video call.

“When I told him, you actually know I’m transgender right? He was like what’s that and what do you mean?

“I explained that it meant I could not give him children but reassured him that I am 100 per cent woman but after that he lost interest and ghosted me.

“Ignoring me was the worst thing, he could have at least had the decency to say, ‘I’m sorry but I’m not interested in you anymore because you’re transgender.’

“This has happened before, whenever I’m at the gym men come up to me but when they realise I’m transgender they get put off by it.

“I’ve had a lot of interest from men on OnlyFans–in fact I’m spoiled for choice –but I’m looking for a relationship and want a family.”

It’s been two years since Jessica started transitioning and she now feels like she has been “born again” since becoming a woman.

Since then she’s undergone surgeries including a Penile-Peritoneal Vaginoplasty, multiple boobs jobs to turn her DDs into GGs and other feminising ops.

Jessica has spent a staggering £725,000 on plastic surgery throughout her lifetime including having four ribs removed, implants to create a six-pack and multiple rhinoplasties.

Her decision to transition followed a 2018 photoshoot where she donned women’s clothing– a corset and lingerie, heart-shaped nipple tassels, a blonde wig and high heels – for the very first time.

The images taken by photo-artist Thomas Evans, in Manhattan, New York, were to highlight the fluidity of men’s gender and to raise awareness of trans violence.

The moment changed Jessica’s life forever as it made her realise she wanted to live as a woman and away from prying eyes she continued to put on women’s clothing.

“I became a crossdresser in secret and it got to the point where I was wearing female clothes every evening,” she explains.

“I would put on high heels, lingerie and a wig and sit in front of the TV with a glass of wine and after that for any fancy dress or Halloween parties I’d dress as a woman.

“Every time I travelled to another country I’d bring my female gear and leggings and at night would get dressed in the hotel room and walk around.

“I realised how beautiful I looked and wondered what life would be like if I could do it every day and how happy I would be.

“I’d be dead now if I hadn’t transitioned, I was very depressed and became suicidal because I didn’t know how to become the woman I knew I was inside.

“Now I’m celebrating two years living as Jessica. I wish I transitioned a long time before but it wasn't the right time in my life then and I don’t regret living as Rodrigo at all.”

Jessica explains that this struggle led to her famous meltdowns while appearing on Celebrity Big Brother in the UK in 2018.

“I asked if the production team could bring me high heels and women’s clothing but my requests were ignored,” she says.

“It was very difficult, I became very anxious, agitated, moody and angry. I didn’t want to be there anymore, I wanted to be at home so I could dress as a woman.

“When I put on female clothing I felt happy, it was a blossoming moment for me and triggered my decision to transition.”

The reality star left the shows and focussed on becoming a woman – despite her determination, she was concerned about how the public would respond.

Her decision to transition came as a shock to her family too, who were initially worried about her wellbeing and the scrutiny she could face, before they became “extremely supportive”.

OnlyFans nudes brought in a million

Contrary to her fears, Jessica has been celebrated since her transition and has amassed a sizable following on the adult site OnlyFans, which she launched in April.

Nearly two million users subscribe to her account, where they are charged £11 ($15) per month, and since starting she’s raked in nearly a million dollars (£740,000).

Jessica started off posting topless images before feeling pressure to share nudes but claims to have received positive feedback.

“They tell me I look gorgeous, amazing and that I have the perfect body,” she says.

“A lot of people have asked to meet me in person and others have asked if they can spend the night with me."

While Jessica’s enjoying the attention and flattery from her many suitors online, she has categorically ruled out posting any videos of sex acts.

She says: “I see my nudes as art and invest money making sure my photographs are high quality, I use photographers who took images for Playboy and other magazines.”

It seems it’s not only her body they are interested in either, as Jessica claims to have counselled some OnlyFans users and given advice to others about plastic surgery and fashion.

I see my nudes as art, I use photographers who took images for Playboy

She spends up to 10 hours a day creating content for the platform and talking to fans, who use it as a “direct line” to communicate with her.

“I have over three million fans on Instagram and am bombarded with so many messages that it’s difficult to keep up with them.

“But on OnlyFans I talk to them and give them my attention whether it’s advice about transitioning, surgery or the clothes I wear.”

The surge in popularity has been a relief for Jessica after her TV work dried up during the pandemic and she also claims several shows dropped her because she is transgender.

She’s recently bought a £1.4million mansion in Sao Paulo, Brazil, with her OnlyFans earnings but it’s not only the money that’s keeping her on the adult site.

“When I get a positive reaction from my photographs it validates me as a woman and makes me feel that transitioning was the right thing to do,” Jessica says.

However, Jessica still has more surgeries planned in the coming months including bigger butt implants, having her jawline filed down and a vocal feminisation op.

She says: “I don’t hang around and want to have everything done quickly, it feels like I’ve been born again at the age of 38.

“I have become a very beautiful woman, I look really nice and am excited to keep exploring my femininity as I continue to live my life as a woman.” 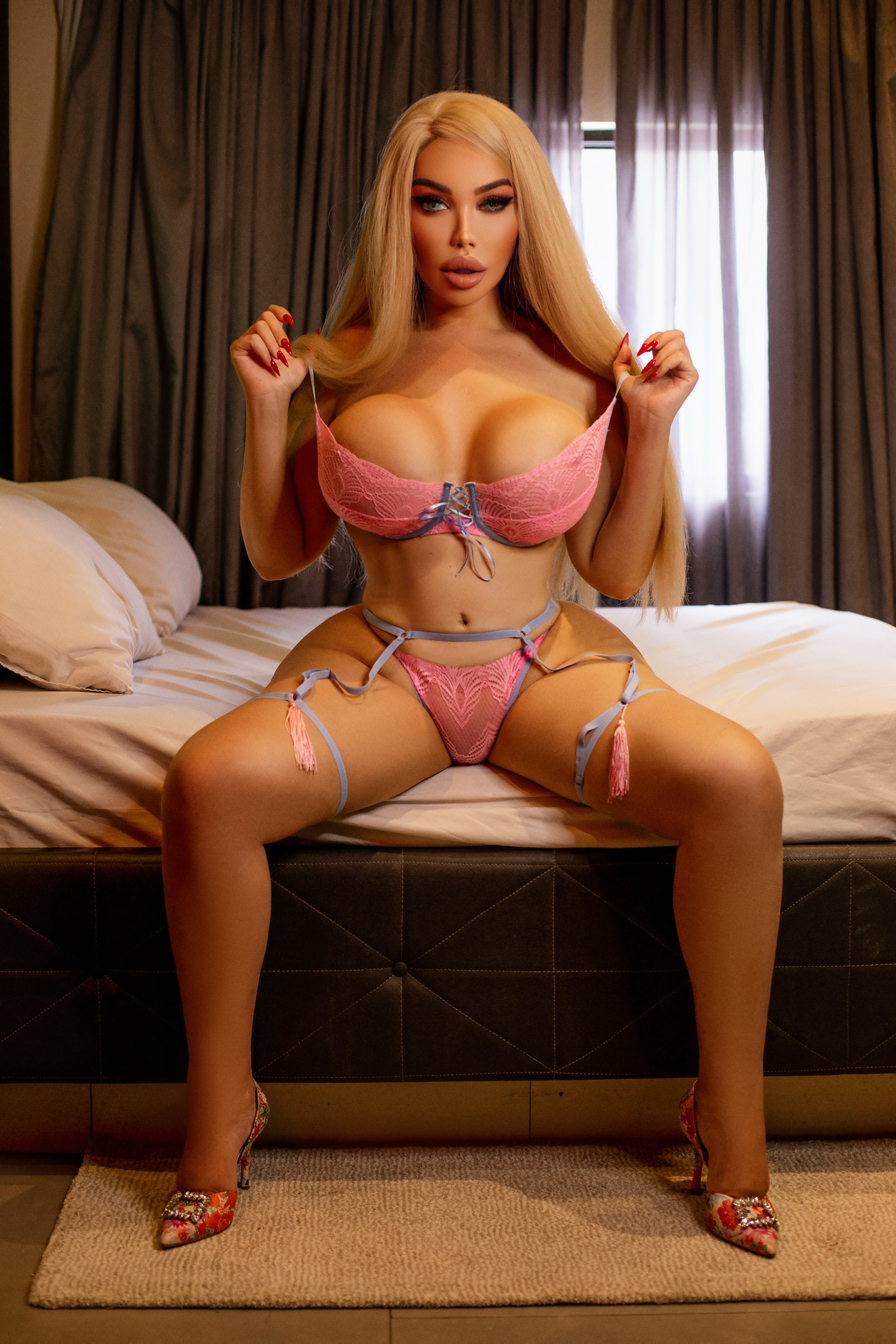 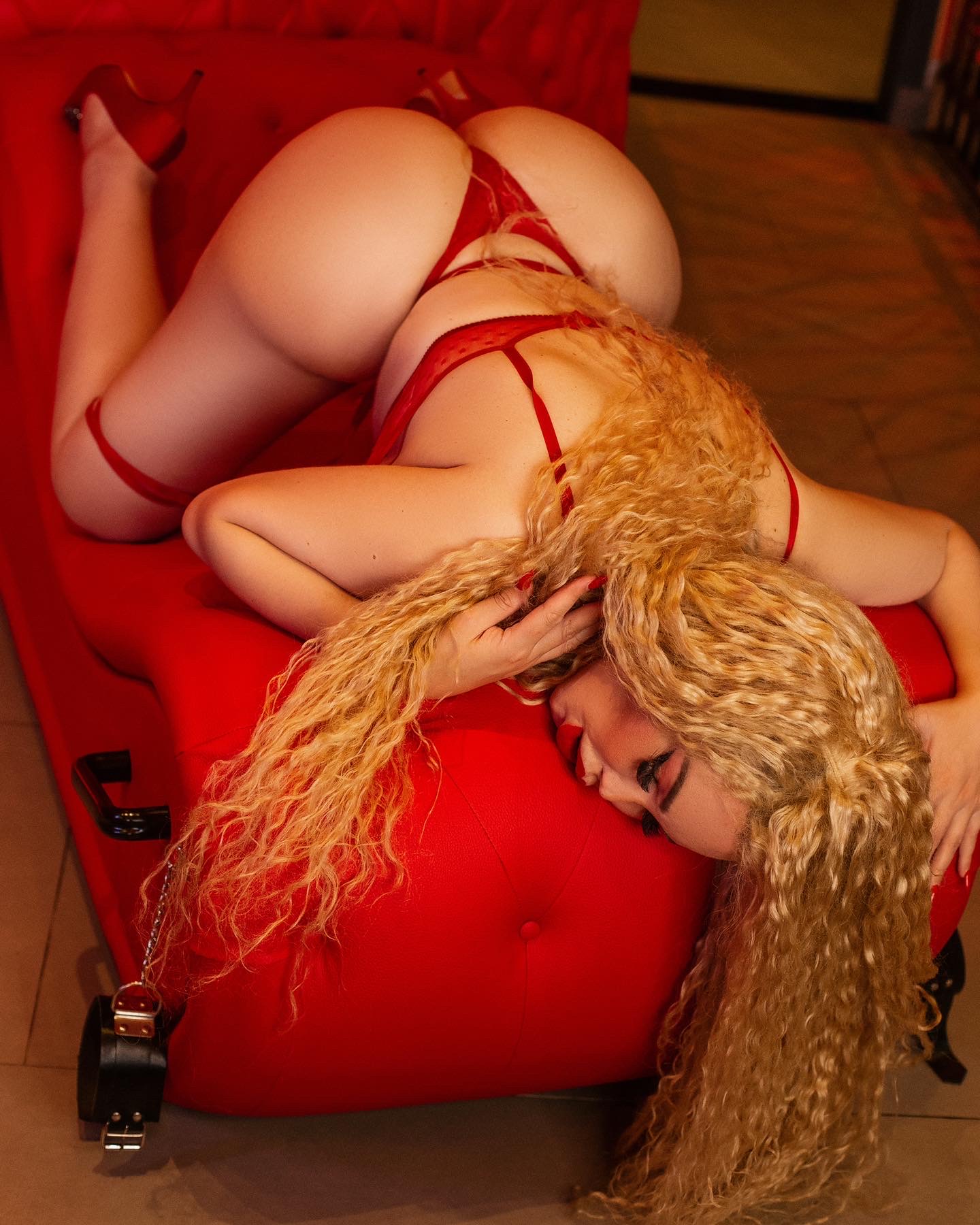 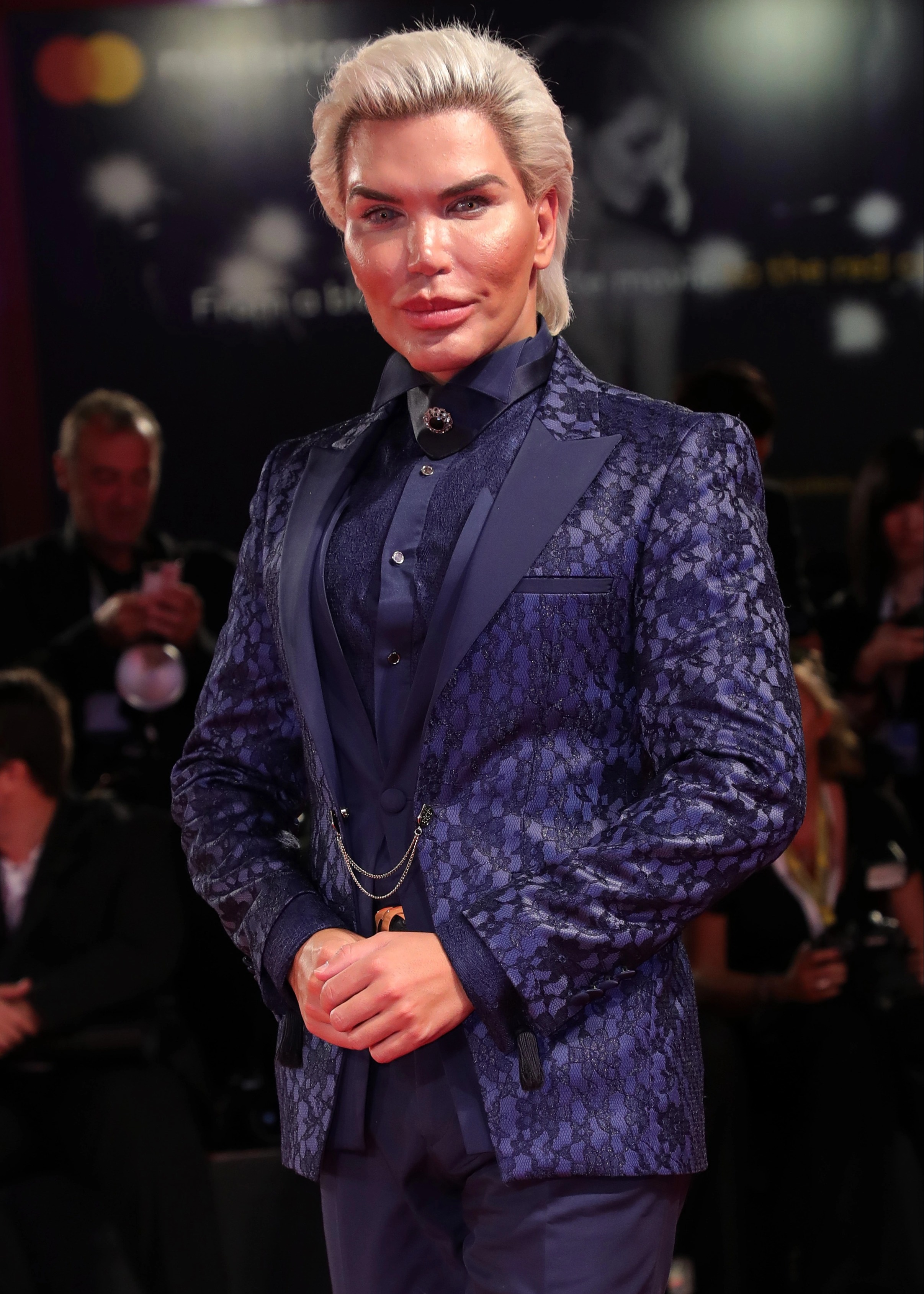