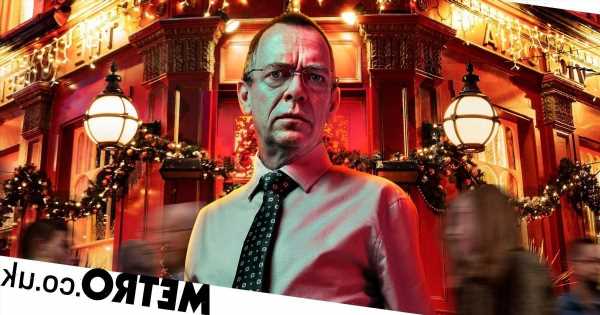 Adam Woodyatt is reportedly set to quit EastEnders once and for all after signing up to I’m A Celebrity… Get Me Out Of Here!

The veteran soap actor, who plays Ian Beale, is among the 13 names who are said to be taking part and facing their fears at Gwrych Castle when the ITV show returns in just over two weeks’ time.

It is claimed, however, that Adam, 53, will leave his iconic role in EastEnders after his stint in the jungle, as he’s desperate to pursue other parts in telly.

‘He’s excited by the prospect of showing the nation who the real Adam Woodyatt is’, a source told The Sun.

‘He is optimistic it will open the minds of producers who might have previously only thought of him as Ian.

‘And there are plenty of stars who’ve gone on to new things as a result of I’m A Celebrity.’

Adam made his final appearance in EastEnders as Ian back in January, after he decided to take a break from the show.

It was originally thought that he would only be away for 10 weeks, but he since revealed that he wouldn’t return until next year at the earliest.

Speaking to Alex Jones and Ronan Keating on The One Show in May, Adam – who is currently starring in theatre production Looking Good Dead – said: ‘I don’t know that’s the honest answer,’ discussing his return to the serial drama.

‘The tour at the moment runs until the end October and my daughter’s then getting married in America so I’m off there to do that.

‘There’s a possibility – and I really hope that does happen – the tour carries on will run until the early part of next year to pick up the dates we’ve had to postpone because of the lockdown.’

Delivering the devastating news, he added: ‘So, if the tour carries on, I’m not going to be back on EastEnders until sometime 2022 at the earliest.’

It was revealed last month that Adam’s former on-screen wife Laurie Brett, who played Jane Beale in the serial drama, will join him in Looking Good Dead.

The production will go on tour, kicking off on January 25 in Glasgow, with it then expected to stop at Cambridge, Shrewsbury, Richmond, Birmingham, Dartford, Coventry, Southend, Nottingham, York, Worthing, Bromley and Cheltenham.

A spokesperson for EastEnders declined to comment when contacted by Metro.co.uk.