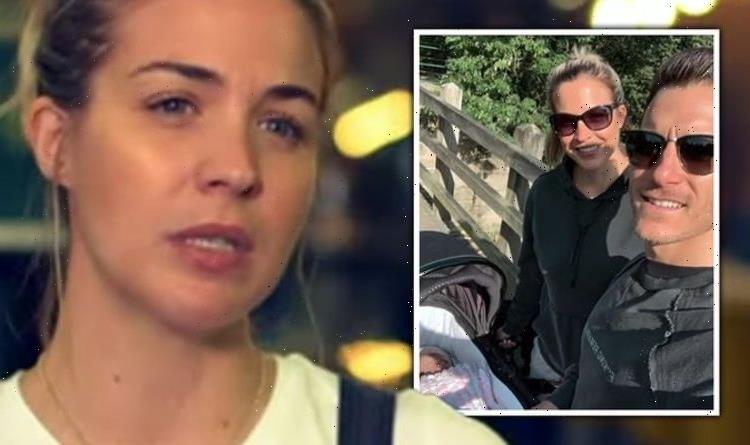 Gemma Atkinson says she thought she ‘failed at childbirth’

Gemma Atkinson reflected on the traumatic childbirth she experienced as she opened up on the terrifying moments she faced when delivering her daughter Mia. The Hollyoaks star admitted in the aftermath of the birth, she told her partner Gorka Márquez she didn’t want to have any more children.

Speaking in an exclusive film for Steph’s Packed Lunch on Channel 4, the Hollyoaks star shared her own experience of childbirth.

The actress and regular Steph’s Packed Lunch star met with a psychotherapist and a mum who experienced PTSD after having her first child.

When Gemma went into labour, she needed to have an emergency c-section when Mia’s heart rate dropped suddenly.

The Hollyoaks star suffered a haemorrhage after the birth, losing nearly a litre of blood.

Opening up on the traumatic experience, Gemma described Mia as “the best thing that’s ever happened to me”.

Detailing the nightmares she suffered, she said: “All these things were going through my mind, what did I do that caused all that to happen?

“I was telling myself for weeks and weeks I’d failed at childbirth.

“I was having horrible dreams that someone was going to take Mia from me.

“I remember my mum running in my bedroom and I was sat up screaming, sweating.”

She continued: “We went out with the pram and a lady said, ‘Oh I believe it [the birth] wasn’t a success was it, you know, what happened?’

“My mum piped up and said, ‘It was a huge success, Mia’s there, Gemma’s here total success.’

“Something clicked in me then, my body had done me proud because it had recovered and got me through.”

Speaking to another mum, she added: “I’m at the stage where I want a sister or brother for Mia.

“The first few months of Mia’s life, I kept saying to my partner, Gorka, I’m not going through that again. I’ve now come of it and I feel I could.”

After opening up to the psychotherapist, the actress shared her advice for those who have a similar experience.

“It was strangely comforting speaking to the women, it makes you feel like you’re not on your own, you’re not the only person who had a difficult labour.

Get the latest three-day weather forecast where you live. Find out by adding your postcode or visit InYourArea

“If anyone needs help, please ask for it because you deserve to be the happiest, healthiest parent.”

They tweeted: “Gemma’s story really resonates with me. I had my little girl three months ago and had a similar experience, it’s been so hard to process and with Covid, there’s been no postnatal support  #stephspackedlunch.”