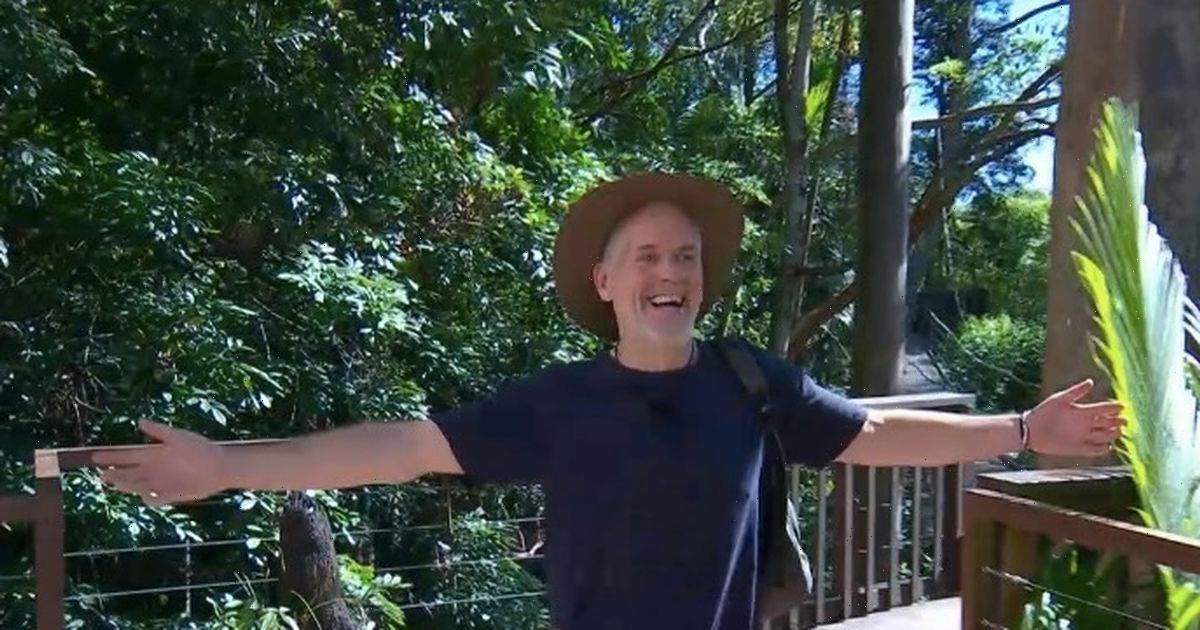 With the race to be crowned King or Queen of this year’sI’m A Celebrity… Get Me Out Of Here! jungle well and truly on,Chris Moyles is the most recent campmate to have been eliminated from the show.

Joining the likes of Charlene White, Boy George and Sue Cleaver, the former Radio 1 DJbecame the sixth celebrity to say goodbye to his time in the jungle after being voted off on yesterday's show.

But among the drama of his elimination, some eagle-eyed viewers have questioned whether the 48 year old made a slight mishap as he rushed to leave camp.

Taking to social media to discuss Chris’ departure, viewers noticed that the TV personality appeared to have left his trusty bag behind in the studio as he said goodbye to hosts Ant and Dec.

Given that Chris’ partner Tiffany Austin has jetted to Australia to support her beau, it’s likely that the TV star was in a hurry to be reunited -especially after he revealed that she’d snuck in some contraband. Speaking for the first time since leaving the show, the Radio X presenter explained how Tiffany had brought teabags into the jungle just so he could have a brew within minutes of leaving camp.

“My jungle experience was crazy. I would love Jill to be Queen of the jungle, if it is King of the jungle then Owen.”

Elsewhere,Chris admitted that he was “gutted” to leave camp before MP Matt Hancock, and even questioned how he was less popular than the former health secretary.

“I'm guttedMatt Hancock is more popular than me. What is going on?,” he said after notoriously having a rocky relationship with the controversial campmate.

“Why am I out and he’s still in? I really struggled with [his arrival] to be fair and then I s****ed him a bit. Matt Hancock I've got major issues with, but Matt… less issues.”

And while Chris may no longer be in the jungle, alongside Matt,Mike Tindall,Seann Walsh,Jill Scott andOwen Warner are all still competing to take home the I’m A Celeb winner’s title.