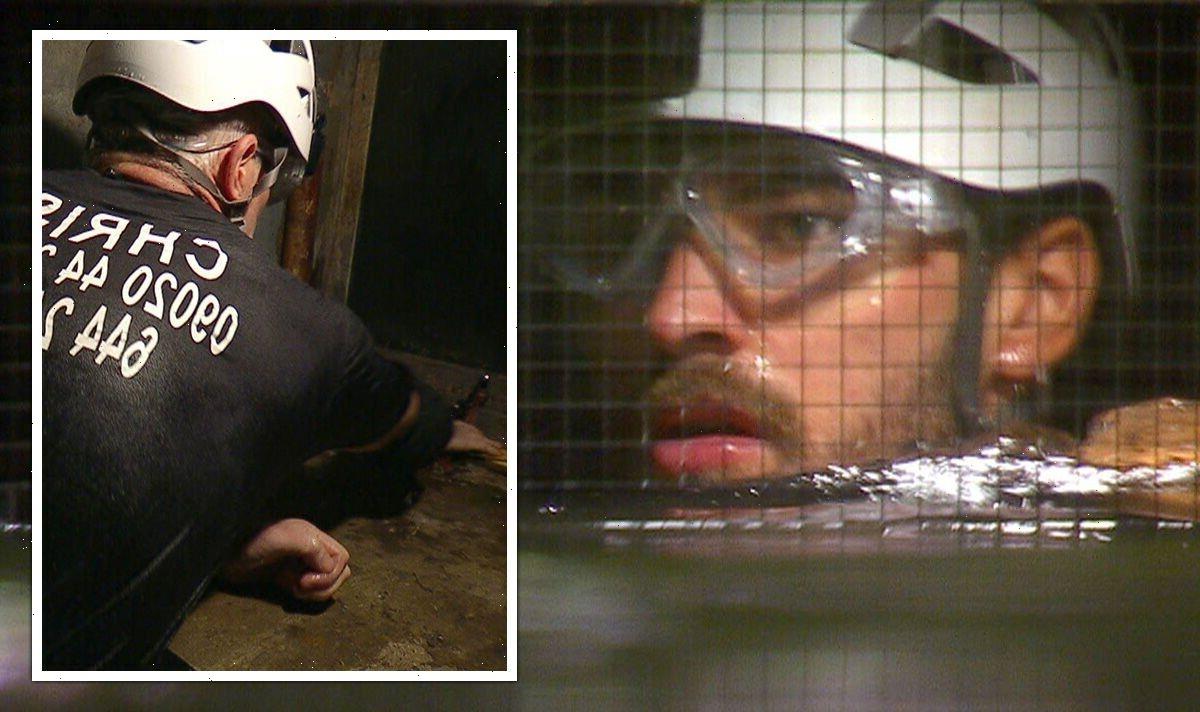 I'm A Celeb: Owen takes on the return of Boiling Point trial

Owen Warner put himself forward for the latest I’m A Celebrity…Get Me Out Of Here! Bushtucker Trial on Monday as the bookies’ favourite took on the challenge of winning food for camp. However, ITV viewers weren’t happy with Ant McPartlin and Declan Donnelly for repeating a trial from earlier in the series.

The trial titled Boiling Point was tackled by Chris Moyles previously but the radio legend was only able to win one star.

Both Owen and Matt Hancock put themselves forward for the trial but the latter stepped aside conceding the Hollyoaks actor had yet to do a physical trial.

Chris in the Bush Telegraph joked: “I really wanted to have another go at Boiling Point because I did such a brilliant job last time… oh no, that’s right, I basically panicked and ended up with one star. That was it.”

Owen admitted in the Bush Telegraph: “I’ve wanted to do quite a physical challenge.

However, I’m A Celebrity fans weren’t impressed to see the return of the bunker-style trial.

@Just TweetGeorge: “Are they running out of ideas on I’m A Celebrity Get Me Out Of Here that they are doing the same task that that Chris Moyles did a few weeks ago again?! #ImACeleb #ImACelebrity #Imaceleb2022?”

@MemeDaDream wrote: “So we are no longer voting for the trials, they’re now also recycling the same trial? Ain’t gunna lie I think I’m a celeb is starting to dry up… watched everything series and I legit think it’s starting to dry up.”

“Why the f**k are #ImACeleb repeating trials?? So boring (sic),” @shelbyjane_ asked.

@murphmurph259 replied: “Because there’s no way I’m a Celeb paid to build this trial only for Chris to barely do anything in it the last time round.”

“The producers had to recycle this Boiling Point challenge because Chris did so badly at it the first time round it was a waste #ImACeleb,” @vicambrose_ added.

Owen has been struggling with the lack of food in the camp and was thrilled to get the chance to win stars.

After Ant explained the rules, Dec added: “You don’t have to do it, but that means you’ll go back having done worse than Chris Moyles and you don’t want that.”

Owen laughed: “No chance,” and Dec replied: “Your own food fate is in your hands today.”

Despite encountering a host of jungle critters and snakes, Owen won all nine stars on offer.

Owen told Ant and Dec after the trial: “It was alright you know. The size of that snake! The girth on it, jeez.”

Returning to camp, he yelled out: “We eating good tonight!”

In the Bush Telegraph Owen said: “I’m going to miss a lot of things about this jungle experience but walking back with good news to a group of hungry people it’s the best feeling ever.”

Chris in the Bush Telegraph admitted: “How bad does this make me look now, you know? One star/ all the stars, ran out of time/ had time left on the clock…”

I’m A Celebrity…Get Me Out Of Here! continues on ITV on Tuesday at 9pm.