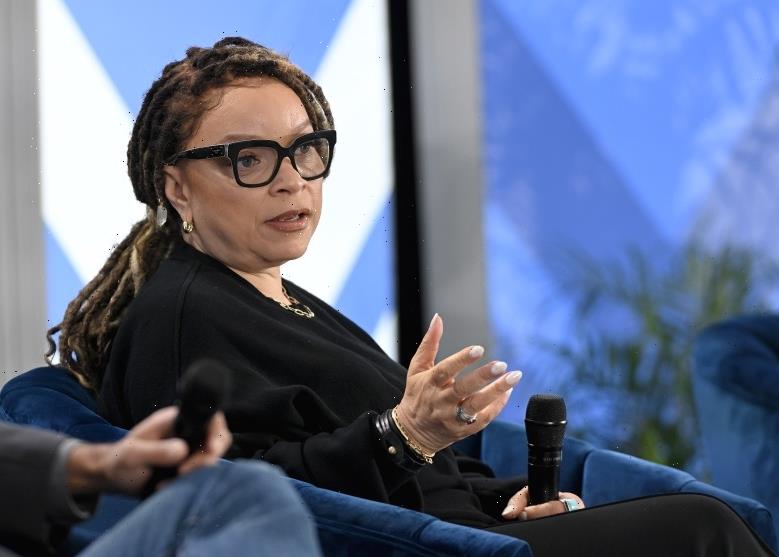 IndieWire’s Consider This FYC Brunch returned on Friday, celebrating six of the films you’ll be hearing about during the 2022-2023 awards season. Above and below the line talent from “Thirteen Lives,” “Black Panther: Wakanda Forever,” “Louis Armstrong’s Black & Blues,” “Causeway,” “Glass Onion: A Knives Out Mystery,” and “Bardo, False Chronicle of a Handful of Truths” all participated in panels moderated by IndieWire editors to discuss what went into the dazzling images audiences see on the screen.

“Elevating artisans and craftspeople is, if you don’t mind me saying so, one of the things that IndieWire does best,” IndieWire editor-in-chief Dana Harris-Brisdon said in her opening remarks.

Throughout the day, these artists opened up about the labor intensive process of making great cinema. In their quest to achieve that special creative edge that separates them from the competition, every detail counts. Panelists from all six films emphasized that the real work began with meticulous research.

The team behind “Black Panther: Wakanda Forever” knew that topping the technical success of the original movie would be a difficult task. Legendary costume designer Ruth E. Carter won an Oscar for her Afrofuturism-influenced work on the 2018 film. But once director Ryan Coogler got the band back together to start talking about a sequel, everyone agreed that the success of the first film could not be an excuse to rest on their laurels. In a panel moderated by IndieWire’s Marcus Jones, Carter and producer Nate Moore described how they used other superhero movies as motivation to go bigger.

In addition to improving the existing costumes and gadgets used by the nation of Wakanda, the team was also tasked with bringing an entirely new (to the MCU, at least) civilization to life. The film’s villain, Namor, hails from Talokan, an underwater nation that also has access to Vibranium. When the decision to include Talokan was made, Coogler and his team knew that they needed to devote just as much creative energy to it as they did to Wakanda.

“Ryan is a filmmaker who wants things to feel tangible and real. He wanted to find cultural reference points that were as alive as the reference points we used to build Wakanda,” Carter said. “And he was still interested in themes of colonization.”

One key reference point that emerged was Mayan culture. Like Wakanda, Talokan is a Vibranium-fueled civilization that was able to remain untouched by colonial influences. By drawing from Mayan history, the film had an opportunity to incorporate Indigenous Mesoamerican culture in the same way that the franchise had honored African art.

Carter was certainly up for the challenge. The Oscar winner dove head first into researching Mayan aesthetics and ended up finding plenty of motifs that enriched her vision for the underwater civilization.

“There were little things that I loved: the jades, the ear spools. You’ll see these characters with these ear spools that they wear,” Carter said. “The beautiful aesthetics you see from the Mayan culture.”

Ron Howard found himself in a similar predicament when he signed on to direct “Thirteen Lives.” Like most people, he was familiar with the 2018 Thai cave rescue that saw an entire youth soccer team and its coach successfully evacuated from the Tham Luang Nang cave after being trapped by flooding. But making a movie that was not only set in Thailand, but attempted to tell the story of one of the most significant national events in the country’s recent history, required a far deeper knowledge of Thai culture than he entered the project with.

“It was exciting because of the Thai culture for me,” Howard said in a panel moderated by IndieWire’s Jim Hemphill. “A huge challenge that I took seriously, but an exciting personal experience.”

Howard always knew that his take on the material would have to be an inherently Thai story, incorporating specific elements of local cultures and religion. He consulted with a variety of translators and other experts, and hired Thai cinematographer Sayombhu Mukdeeprom, who told him that “I will be your angel” when it comes to understanding Thai culture.

The team was determined to get even the smallest details right. One early discussion involved the different accents used in southern and northern Thailand. Translators told Howard that Thai films and television shows seldom attempt to portray those different accents, but the director knew that it was an essential part of telling an accurate story.

“They said ‘we usually ignore that on TV,’ and I said ‘I don’t think we can,’” Howard said. “Because these boys were from the north, this story is happening in the north.”

When Sacha Jenkins began working on “Louis Armstrong’s Black & Blues,” he wasn’t as familiar with the intricacies of the jazz legend’s life as he was with some of his previous documentary subjects. But he embraced the challenge, diving into an extensive research process that saw him going through Armstrong’s sprawling diaries and personal records. While Armstrong’s musical prowess was well-documented, Jenkins was more interested in the details he uncovered about the trumpet player’s personal life and daily habits. That allowed him to document Armstrong’s life in a cinematic way that enhanced his perception of the music.

“There’s lot of journalism on the technical abilities of Armstrong,” Jenkins said on a panel moderated by IndieWire’s Christian Blauvelt. “But we wanted to give you a real portrait of who he was as a man. Because I believe to understand the music, no matter how technical it was, you have to understand the man.”

When it was time to shoot “Causeway,” director Lila Neugebauer was constantly thinking about authenticity. Her film, which stars Jennifer Lawrence as a disabled veteran who struggles to rebuild her life after being forced to return to her hometown of New Orleans, has earned rave reviews for its thoughtful portrayal of sensitive subject matter. On a panel moderated by IndieWire’s Marcus Jones, Neugebauer detailed her commitment to ensuring that Lawrence and co-star Brian Tyree Henry had the most accurate possible information on which to base their characters.

“I was able to have transformative encounters with veterans, and we consulted with a prosthetics expert down there,” Neugebauer said. “I think those conversations were instrumental in their work. But I would also add that both Jen and Brian, while both doing their homework, were both personalizing at the level of the soul.”

The whodunnit genre is all about crafting an intricate puzzle that will stump audiences until the very last second. Rian Johnson delighted audiences by doing that with “Knives Out,” but knew that the pressure was even higher for his followup, “Glass Onion: A Knives Out Mystery.”

On a panel moderated by IndieWire’s Eric Kohn, the film’s composer Nathan Johnson, editor Bob Ducsay, and producer Ram Bergman spoke about the importance of endlessly studying Johnson’s script to find new ways to insert Easter eggs that could add to the mystery.

“Often a composer will get brought in at the very end of the process to kind of quickly do the score. But coming on this early means we have the freedom to go down the rabbit hole,” Johnson said. “As a composer, I’m trying to tap into the subtext of what the actors are delivering. I get to kind of go in and play that subtext and leave little breadcrumbs and hints and trails.”

Few films released in 2022 are bolder than Alejandro González Iñárritu’s “Bardo (or a False Chronicle of a Handful of Truths).” The sprawling, surreal exploration of Mexican identity and Iñárritu’s conflicted feelings is the kind of dreamlike work that only a master filmmaker could produce.

In a panel moderated by IndieWire’s Eric Kohn, star Daniel Gimenez Cacho explained that the cast knew that they were creating something magical. He felt comfortable leaving things in the hands of his very capable director, and opted to focus on looking inward to bring as many personal contributions as he could to Iñárritu’s vision.

“It very much became my own life in a very magical way,” Cacho said. “What you see in the movie is my life. It is the closest character I have every played to me. How do you feel today? That is the way the character is going to be. It was just a matter of being present and just let it flow. This was very magical. So many things happen to me during the shooting that connected me with the deepest things of me. I must say, this was a unique journey.”

At the end of the day, everybody stressed that the extensive homework was a small price to pay for the privilege of telling stories with authenticity. Research-driven craftsmanship is an essential step towards making cinema that allows people to see themselves and their aspirations on the big screen, whether in biopics, documentaries, or the Marvel Cinematic Universe.

“This is why you do these stories,” Ron Howard said. “It’s because they’re outlier examples of what is possible.”

The full panel conversations from the IndieWire FYC Consider This Brunch will appear on IndieWire in the days ahead.