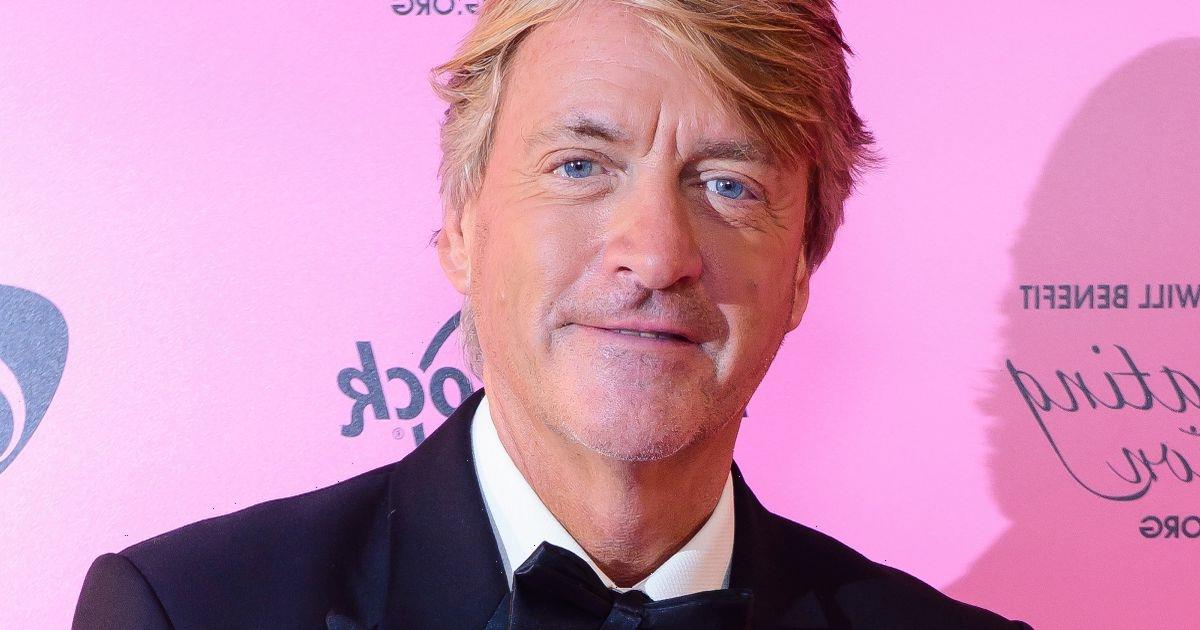 I'm A Celeb star Richard Madeley shocked fans when he made an early exit from the show after being rushed to hospital last week.

The Good Morning Britain presenter was taken away via ambulance when his health took a bad turn during the night after his efforts in the Kitchen Nightmares challenge, which saw him plunged into rotten vegetables and fish guts as well as an array of creepy creatures.

Richard, 65, has always lived a healthy lifestyle but that hasn't prevented him from having his fair share of wellness scares and many worries.

Richard left Gwrych Castle in an ambulance when he took a funny turn during the night following the Kitchen Nightmares challenge where he secured four stars for his campmate's meals.

At the time details of exactly what had happened to Richard remained sketchy, but he has since confirmed the circumstances surrounding the departure.

Speaking to his colleagues on Good Morning Britain he explained how he fell ill due to being dehydrated.

He said: "I think what happened to me was I got dehydrated, that's all it was, but dehydration is actually quite disturbing – basically I think I'd been up for about 20 hours, I knew I was feeling thirsty and I'm quite bad at remembering to drink water.

"As I snuggled into my sleeping bag, and it was freezing, I thought I'd not had a big drink in a while but I'll do it when I wake up in the morning.

"Next thing I know I was sitting there babbling, just talking nonsense."

He continued: "I basically woke up, I didn't know where I was or what was going on and I could barely string a sentence together and, you know, as it turned out it was harmless."

Richard was left baffled back in 2014 when he became very ill for the first time in his life and didn't know what was going on.

Richard told the Express: “I’m very lucky that I’ve been very healthy all my life. Every morning I’ve woken up feeling as I did aged 20 but last autumn I woke up feeling absolutely terrible.

"I was afflicted for about 24 hours at a time with a really unpleasant flu-like illness – aching, throbbing, lights before my eyes.”

When things didn't settle down after several weeks, Richard took action and went to see a doctor to try and get to the bottom of what was going on.

He explained: “At Christmas, I realised I had to get it checked out. They did some blood tests but still couldn’t figure it out and thought I might have some primary tumours causing my immune system to break down.

“So I then had a full body scan which, though nerve-racking, showed I had no tumours. What it did find was a little bit of fluid on the lung."

Just as he was fearing the worst the surprise diagnosis helped him to get the treatment he needed to get well again.

He added: “I saw a consultant and it turns out I’d had low-level pneumonia for about six months which kept coming back. In the end I saw it off.”

Before he was eventually diagnosed with pneumonia Richard was left living in fear that he had developed lung cancer.

He attributes some of his worries over developing the deadly disease to his mother's poor health before she sadly passed away.

Richard previously explained: “My mother, about 12 years ago now, she was in her early '80s then, but she began to get some strange symptoms.

"She was diagnosed on the same day as having both lung cancer and Alzheimer’s disease, which came as a complete shock to everybody, but she was terribly laid back about it.”

He said: “Anyway, mum did succumb to cancer first, although the dementia, I wouldn’t say it was advanced, but it was very apparent that it was beginning to get a grip on her. Her memory was going, her focus was going."

Richard also admits his experience with his father's health also made him aware of how he takes care of his own body.

He explained: “My father died of a heart attack so I am quite careful in watching what I eat. I probably drink too much… but I don’t drink spirits.”