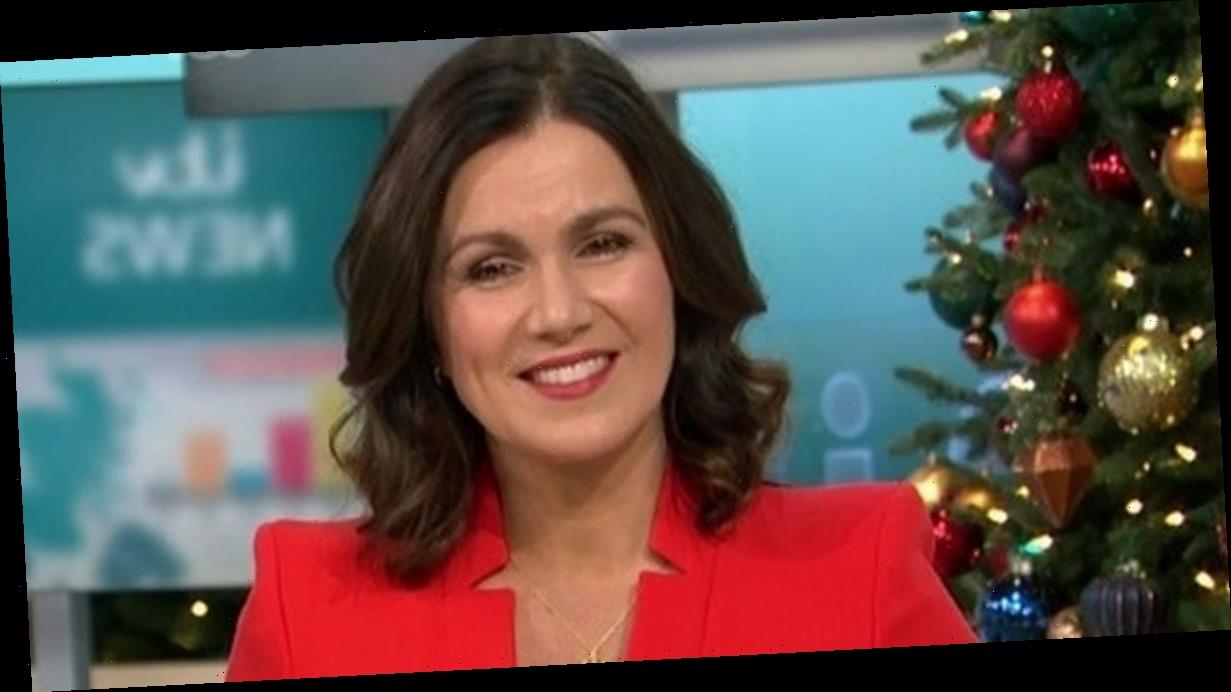 The 50-year-old television star has won GMB fans' hearts with her fabulous on-screen presence and willingness to put outspoken Piers in his place.

Susanna keeps her personal life out of the spotlight, but she has dated some famous faces over the years.

The presenter seems to be single for Christmas, despite being spotted with her former flame Steve Parish earlier this year.

Susanna shares three sons with her ex Dominic Cotton, who she split up with back in 2014.

Daily Star bring you the television star's dating history as she appears to be staying single for the festive period.

Susanna Reid used to be in a relationship with former sports correspondent Dominic Cotton.

The couple were together for 16 years before they split up in 2014.

The journalists never actually tied the knot, but they stayed living together even after they parted ways romantically.

Susanna has said the former couple remain good friends, as she told The Sun's Fabulous Magazine following their split: "We still get on so well, Dom is still such a hands-on dad and we really co-parent.

"So we live separately but together and happily in the same house. I'm not saying everybody can do it and I definitely think people are surprised that we can do it this way.”

Susanna and Dominic no longer live together, as they reportedly moved apart in 2019.

He has since moved on with manager Gayle Harrison.

The couple kept their romance out of the public eye but were pictured together at football games and an evening out in Soho.

They went public with their relationship in 2018 after they were spotted on a date.

"I am very, very happy at the moment, but I don't want to be married."

The couple split last April, and Susanna addressed their breakup during an episode of Good Morning Britain. Rumours arose the pair had rekindled their romance in August this year after they were spotted together in Soho.

However, it seems Susanna is still single as she hasn't confirmed any of the reports.

She revealed that the A-lister actually asked her out when she interviewed him once on BBC Breakfast.

In her Mail Online column, Susanna explained: "Actor Bradley Cooper is coping with his out-of-control lockdown locks by wearing his daughter's pink hairband, but I know he has a good head of hair from interviewing him on BBC Breakfast.

"I got the shock of my life when live on air, he asked me out. Bradley said he would be taking his mum to the Oscars, but had a ‘plus one’ for the BAFTA awards. Would I like to join him?"

Sadly, the global star never followed up the date.