Lorraine and Mike Gunton discuss photo of the Himalayas

During last Thursday’s episode of ITV chat show Lorraine, the host spoke with Mike Gunton, the producer of the documentary, The Year Earth Changed. Lorraine praised Mike for the programme which is narrated by David Attenborough. However, towards the end of the interview, she showed two images side by side. One showed a foggy picture of pollution covering a city in Pakistan while the other showed crystal clear views of the city with the Himalayas in the background, which was not visible in the other image.

Speaking about the documentary at the beginning of the interview, Mike told her: “As a documentary maker, to be able to get out there quickly and do it was quite a challenge, but we were so glad we did it.”

As Lorraine showed clips from the programme, Mike continued: “Of course, none of us could travel anywhere. Normally we are out in the field but this time we had to find crews in the country to film this.

“In the end, when David had to do his narration, he had to do it in his home office with his old duvet stuck to the wall with old ducktape.”

Lorraine swiftly moved on to talking to Mike about the before and after pictures of the Himalayas. 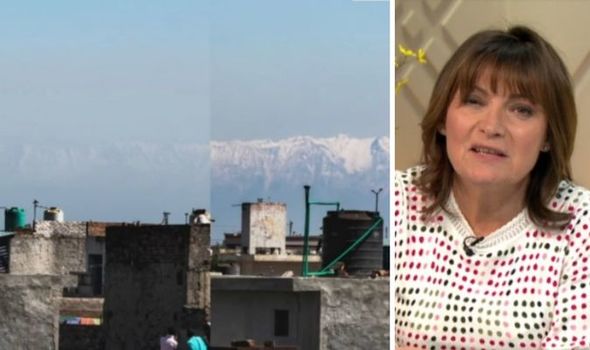 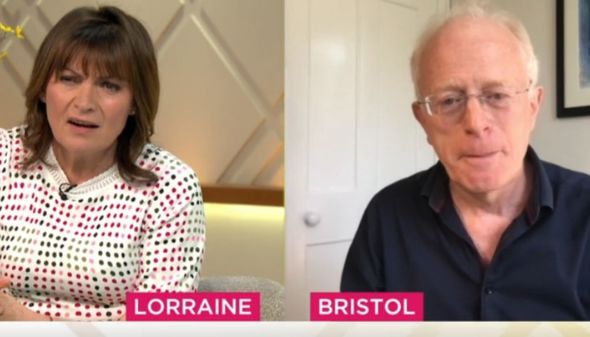 As the images appeared on screen, Lorraine said: “One of the most remarkable sequences was seeing the Himalayas before and after.

“Before people in Pakistan couldn’t see them – you can see the split-screen there.

“Before it was like smog and then look at that – crystal clear views, remarkable, isn’t it?”

Mike replied: “It was and obviously we are trying to do as much science as we can and what the scientists are discovering.

“But this is just an ordinary man in the street seeing something he’d never seen.” 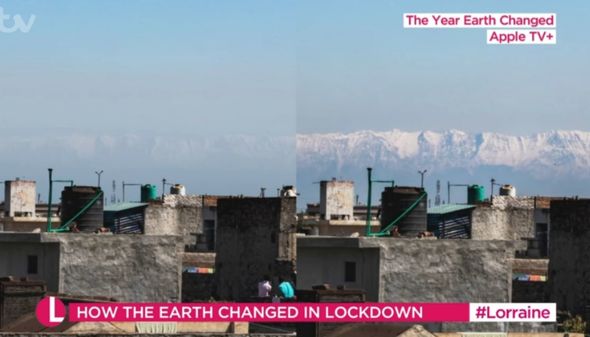 “Nobody had seen that in living memory,” he added.

“I just think it was sort of spiritual, it was almost like mother nature saying ‘I can’t breathe, but now I can let me show you what you’re missing’.

“This is the most iconic thing on the planet. The Himalayas is the most remarkable place and you can’t see it.

“Just let the world breathe a bit better and you can.”

Following the segment, some viewers took to Twitter to call out the show for appearing to air a photoshopped picture of the Himalayas.

One viewer raged: “If those pictures of the smog and Himalayas are genuine, why are the two men in the bottom both there? If months apart, they wouldn’t be in the exact same place? Photoshopped picture, fake news?”

Another commented: “How the earth changed in lockdown #lorraine this photo has the same exact washing on the line a year apart? Photoshopped I think?”

A third added: “So you’re telling me, during the Covid lockdown, however, many years later after the first picture was taken, these same two brothers come back to the Himalayas wearing the same clothes …. right? These people think we are stupid.”