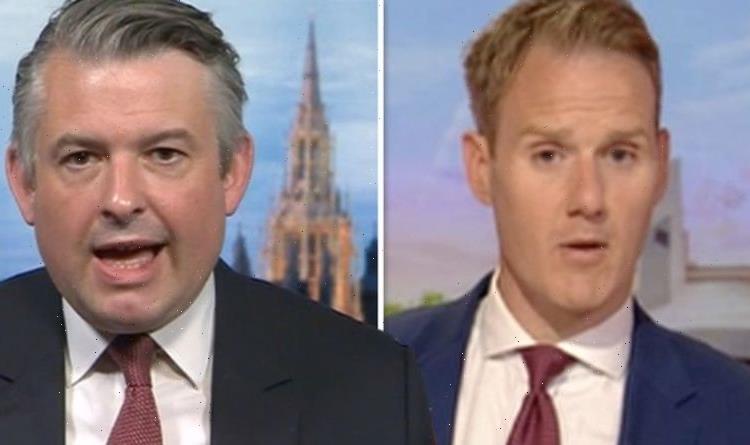 Alan Shearer mocks BBC Breakfast for use of dog picture

Jonathan Ashworth was invited to BBC Breakfast today to discuss the Government announcement that coronavirus restrictions will come to an end on July 19. However, the Shadow Health Secretary clashed with Dan Walker when he was asked to clarify Labour’s stance on the end of lockdown and what the opposition party would do differently.

“Yes, let’s get out pubs and restaurants back to normal but let’s have the masks on public transport.

“Let’s have the ventilation systems in place and let’s pay people sick pay.”

Walker interjected: “I think it would be really handy for our viewers if you could give us some specific examples of what the Labour party would do differently.” 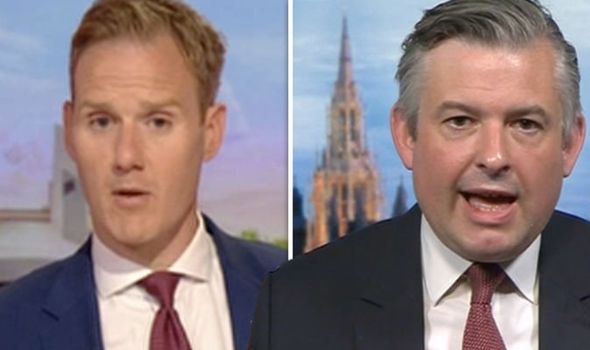 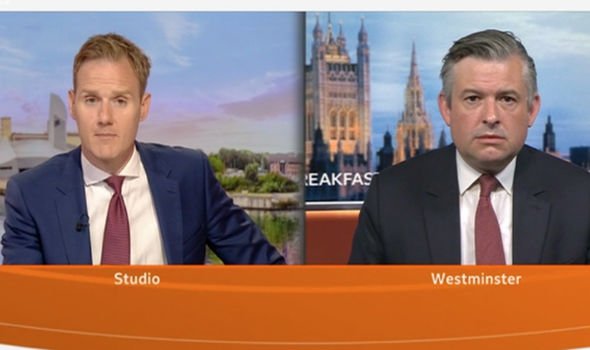 “You talked about wearing masks but I want to ask you specifically would you make that a legal requirement?” Walker asked.

“Yes,” Ashworth confirmed and Walker added: “Okay, what about in shops and other public spaces like that.” 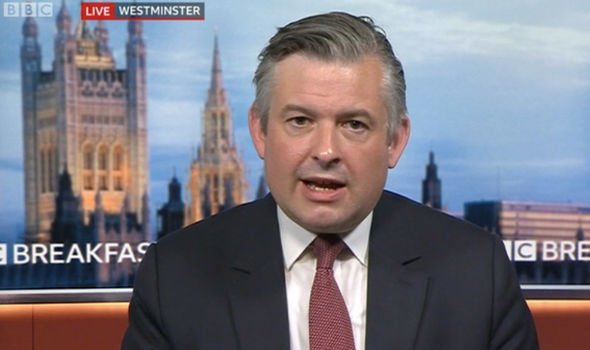 “When it comes to the issue of personal choice for businesses, where would you lie on that issue?” walker questioned.

Ashworth clarified: “Well we’ve got the procedures in place at the moment that if you’re eating and drinking you’re allowed to take your mask off, that seems a reasonable precaution to maintain until we are through this third wave which we are not heading into and until we get more people vaccinated.

“Remember, only about 50 percent of the total English population is double jabbed at the moment.

“I don’t understand why the Government are throwing everything to the wind,” he continued.

“They’re just ripping up every single precautionary measure we have in place and going for a free-for-all.”

The BBC Breakfast host asked: “So how long would you maintain the current restrictions for then?”

“Well, we’re going into a fourth wave, we’re going to hit a peak probably in August and then it’ll come back down again I suspect so I think that’s a reasonable timeframe,” he answered.

Praising the Show Health Secretary, one BBC Breakfast viewer tweeted: “Jonathan Ashworth very impressive on @BBCBreakfast this morning, despite having to repeat three times four areas where Labour’s approach differs from that of the government. Not your finest moment, @mrdanwalker.”

“Well done @JonAshworth for being clear and firm in response to @mrdanwalker persistently asking an already clearly answered question.”

However, one viewer argued: “Well done @mrdanwalker not letting him get an easy interview, the country needs to move on, hospitality and leisure is on its backside, if you want to wear masks you still can!”