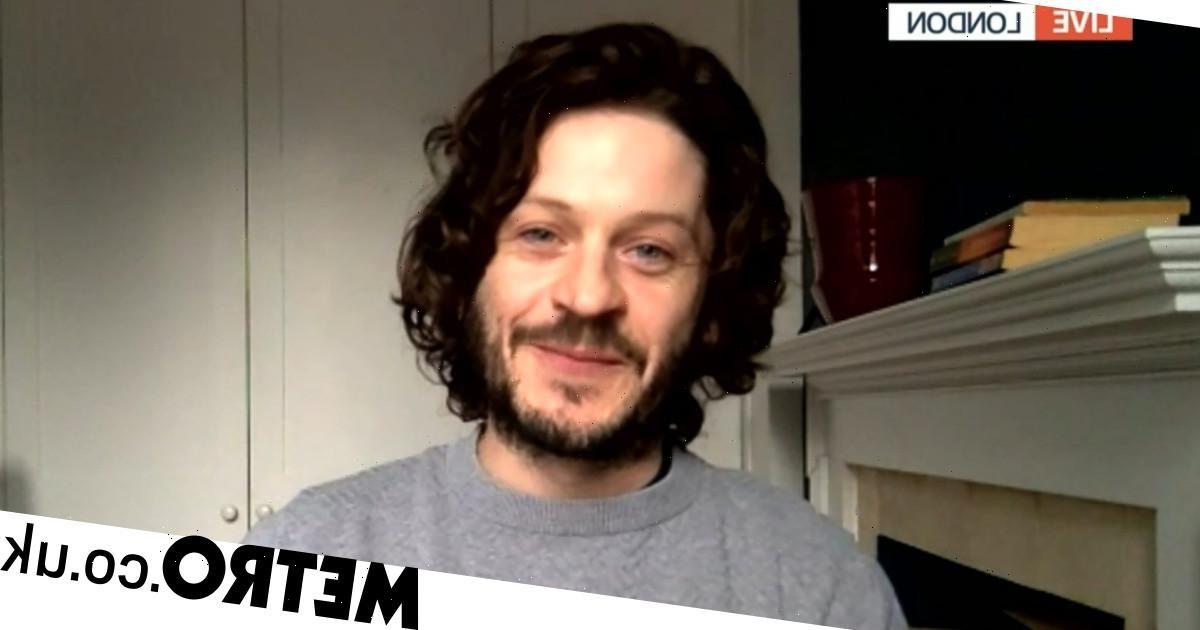 Game of Thrones star Iwan Rheon found himself having to repeatedly correct the hosts of Good Morning Britain on Wednesday as he appeared on the show to talk about his new film.

The actor was promoting his latest role in the Wales-set film The Toll, a dark comedy about a toll-booth operator with a shady past.

Talk turned to his other new show The Prince, an animated HBO Max series about the current royal family.

The controversial cartoon, written by Family Guy scribe Gary Janetti, has been slammed for its satirical take on the royals, and its depiction of Prince George in particular.

Iwan provides the voice of Prince William, and said it was up to viewers to form an opinion for themselves after watching it.

Host Charlotte Hawkins asked about the programme: ‘There’s another show that you’re in called The Prince that had a little bit of controversy surrounding it, didn’t it?

‘What do you feel about playing that and how was it? It’s a story about Prince Louis, of course, that not everyone was keen to see were they?’

Correcting her, the Vicious star said: ‘Prince George – but I think it’s up to the audience to decide what they feel about something, I guess it’s about the themes, about the writer.

‘It hasn’t aired in Britain.’

He was also told in the interview that he previously wanted to take part in Eurovision, leaving him confused.

‘Did I? I don’t remember that,’ he told Charlotte, who shared that she had it written in her research notes.

She and co-host Ranvir Singh then asked about an upcoming performance this weekend with his ‘band’. Iwan had to inform them he performs solo and it was actually last weekend.

‘It was just me. It was on Sunday, it has happened. But it’s just me on my own, playing some songs I’ve written,’ he said.

The presenters also brought up his child and whether there would be birthday celebrations today.

However the Misfits actor revealed his child’s birthday had already happened on August 14.

Viewers were left confused about the exchange with some joking that it could have been another set up courtesy of Ant and Dec’s Saturday Night Takeaway or some other prank.