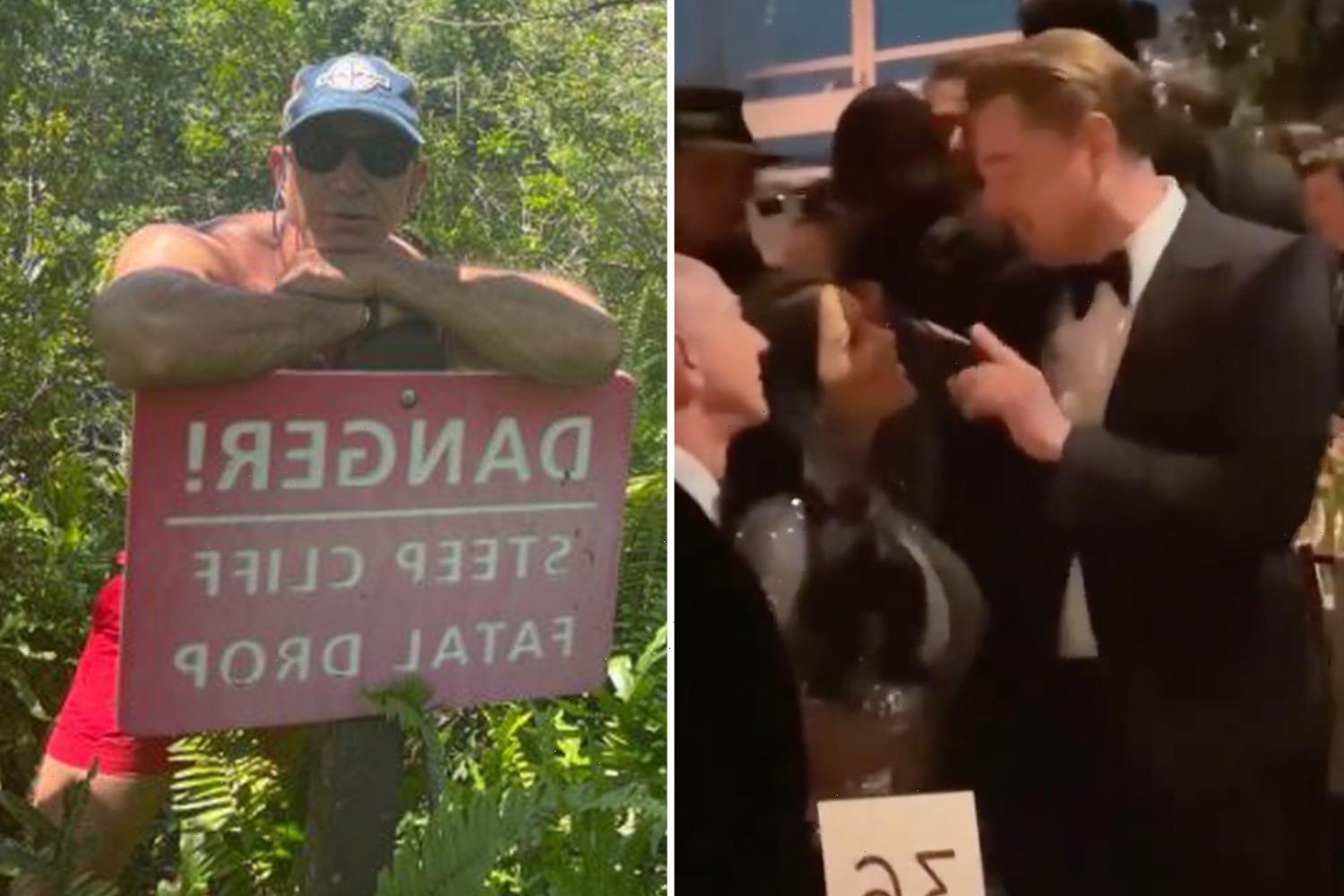 JEFF Bezos jokingly threatened to push Leonardo DiCaprio off a cliff after his wife Lauren Sanchez fangirled over the Hollywood star.

The world's second richest man was by his wife's side at the LACMA Art and Film Gala in Los Angeles over the weekend when she went weak at the knees for the Titanic actor, 46. 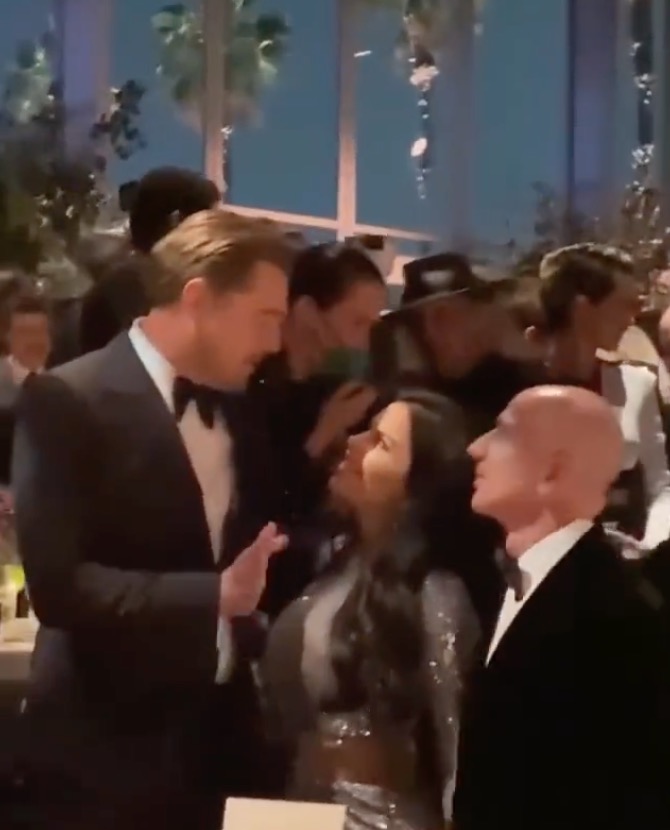 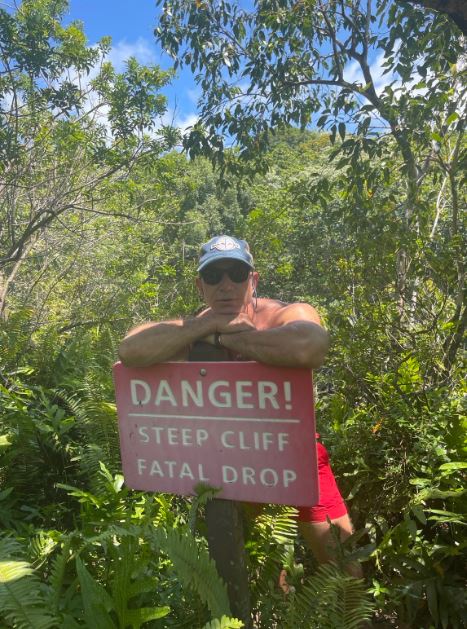 In the hilarious clip, Lauren, 51, looked mesmerised by the handsome Oscar winner as she gazed up at him starry-eyed.

Former Amazon CEO Jeff, 57, might be worth 203 billion dollars and the brains behind one of the world's biggest businesses as well as the most successful commercial space programme, but none of that seemed a match for Leo's movie star looks and charm.

Twitter users also couldn't help but notice the big height difference between the trio with Leo standing at 6ft while Jeff is 5ft 7ins and Lauren reportedly 5ft 3ins.

After the clip went viral, Jeff responded in the best possible way.

With the sun beating down, he leaned over a sign that read: "Danger! Steep cliff. Fatal drop."

He captioned the shot: "Leo, come over here, I want to show you something… @LeoDiCaprio."

A third posted: "[laughing emojis] dang, never thought u would address it."

Lauren and Jeff Bezos are thought to have been having a fling since January 2018 though a photo emerged from as far back as April 2018 of them enjoying a meal together.

It was claimed on January 10, 2019 that billionaire Jeff had been secretly seeing Sanchez while he was married to ex MacKenzie Scott.

The affair came to light when Bezos accused the National Enquirer of blackmailing him in an infamous blog post in February 2019.

They have been publicly dating since Bezos' divorce was finalised in April 2019.

In December that year, Jeff is reported to have thrown Sanchez a glitzy 50th birthday party with celeb guests including Katy Perry, Orlando Bloom, and Timothée Chalamet. 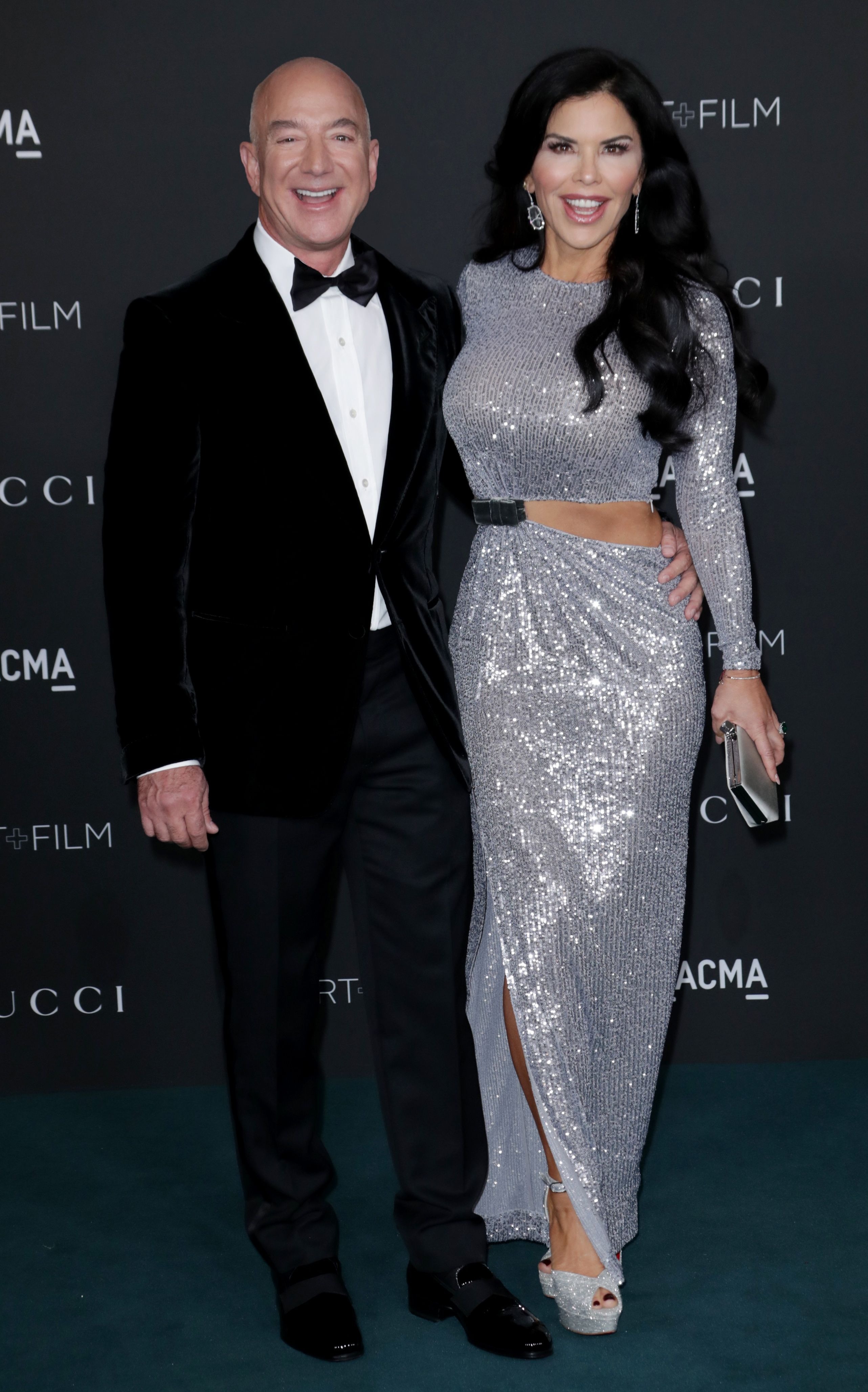