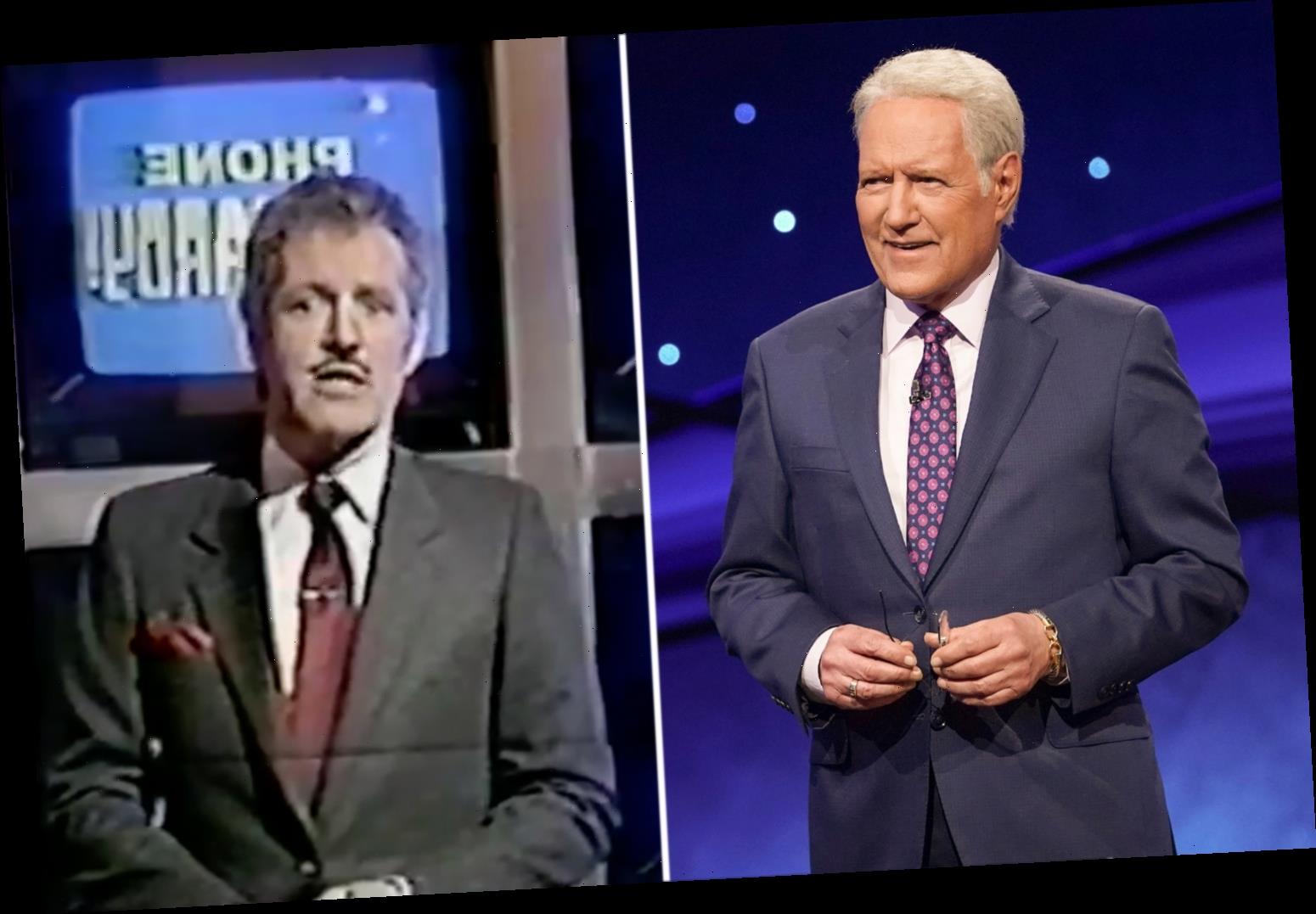 JEOPARDY! fans are thrilled to see the late host Alex Trebek cursing in a rare vintage video of the show's outtakes, just days after his death.

Alex Trebek, the adored Canadian-American TV host for Jeopardy! and several other game shows, passed away November 8th, 2020 after a battle with stage four pancreatic cancer. 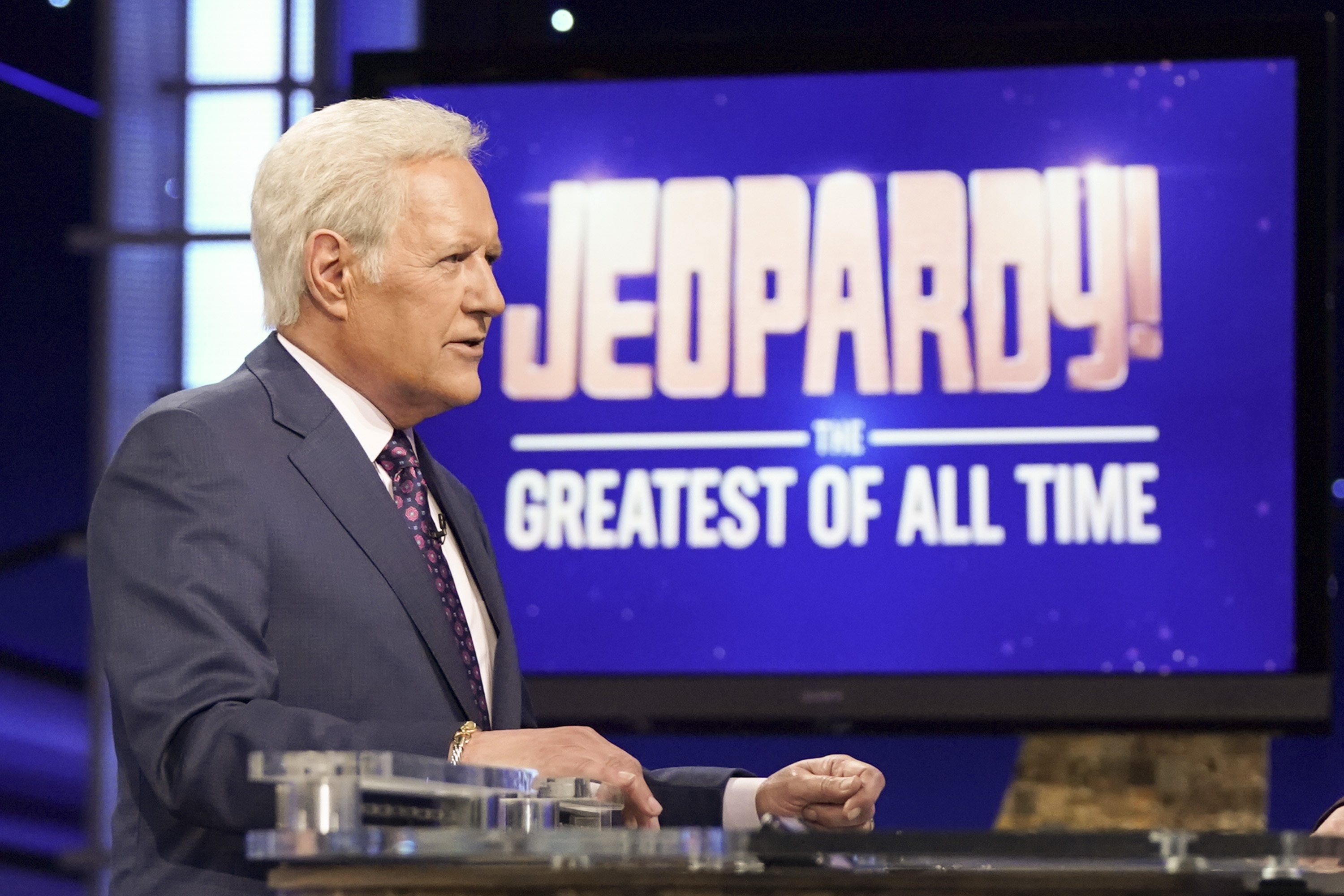 In the days since his death, fans have shown an outpouring of love and memories for the three decades he shared with Jeopardy!

Of the many videos that have been posted in remembrance of the longtime host, a rare vintage clip has just surfaced on Twitter, showing Alex cursing repeatedly throughout a phone commercial he was filming.

The video starts with a young Alex delivering lines to the camera: "So keep watching Jeopardy! 24 hours a day, and call this number" before pausing to realize his mistake. 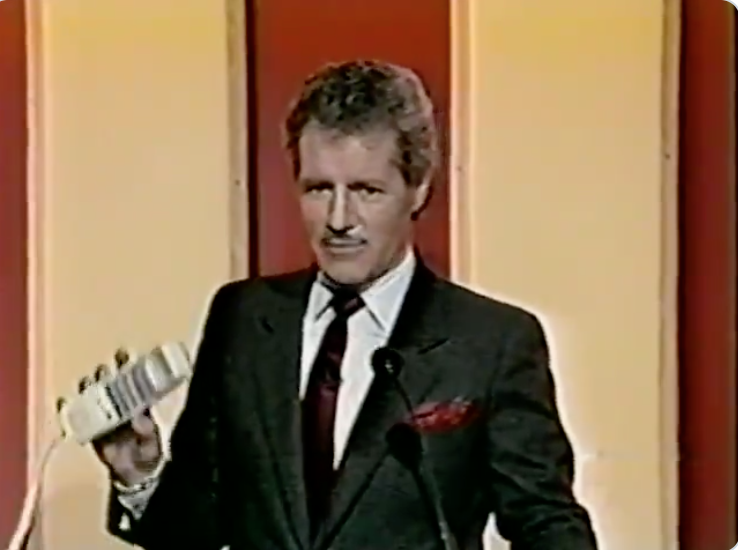 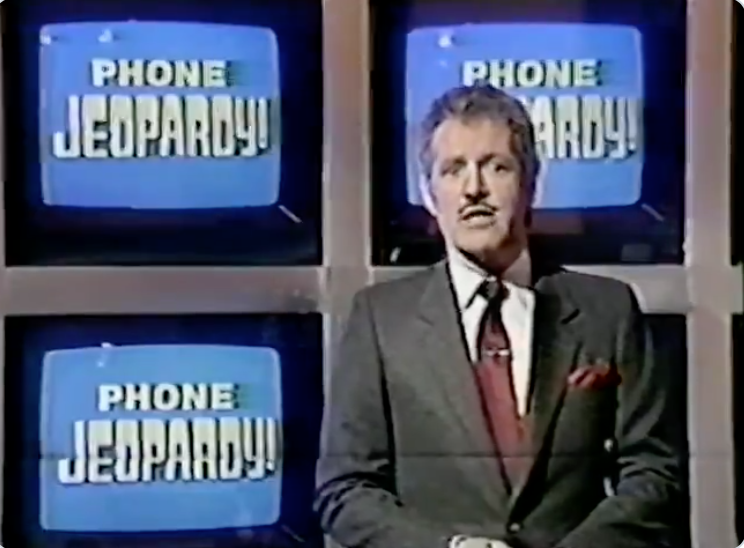 The collection of videos continues to show the television star saying words like "s**t and f**k" when messing up his teleprompter lines.

Possibly the most iconic part of this compilation is the last scene, where younger Alex holds a white phone and looks directly at the camera saying: "She drinks the poison that was originally intended for Peter Pan." He then pauses and chants in a mocking voice: "Tinkerbell!" 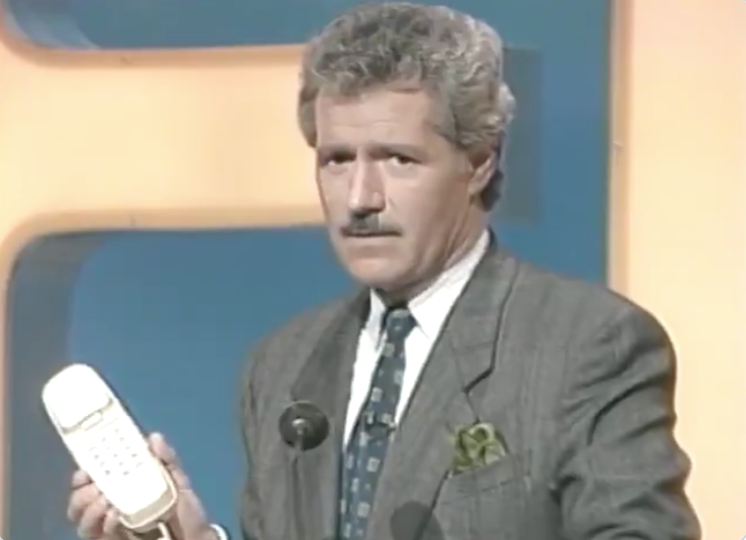 After receiving immediate backlash about this outcry from his producers, the adored TV personality responds "F**k em!," a moment that has now been turned into a viral gif.

Fans are delighted to witness this other side of the widely adored face of Jeopardy! who was normally very poised and dignified, sharing stories and comments from other outbursts that he experienced over the years.

One previous show contestant shared a memory of her time on the show, saying: "No one could believe it that, after I lost on Jeopardy in 2017, Alex told me: "S**t happens." Yes, he was a very kind and decent person who also liked to swear A LOT."

Throughout his time battling stage 4 cancer that began as a tumor in the soft lining of his stomach, Alex has had the support of his family, and most namely his wife of 30 years, Jean. 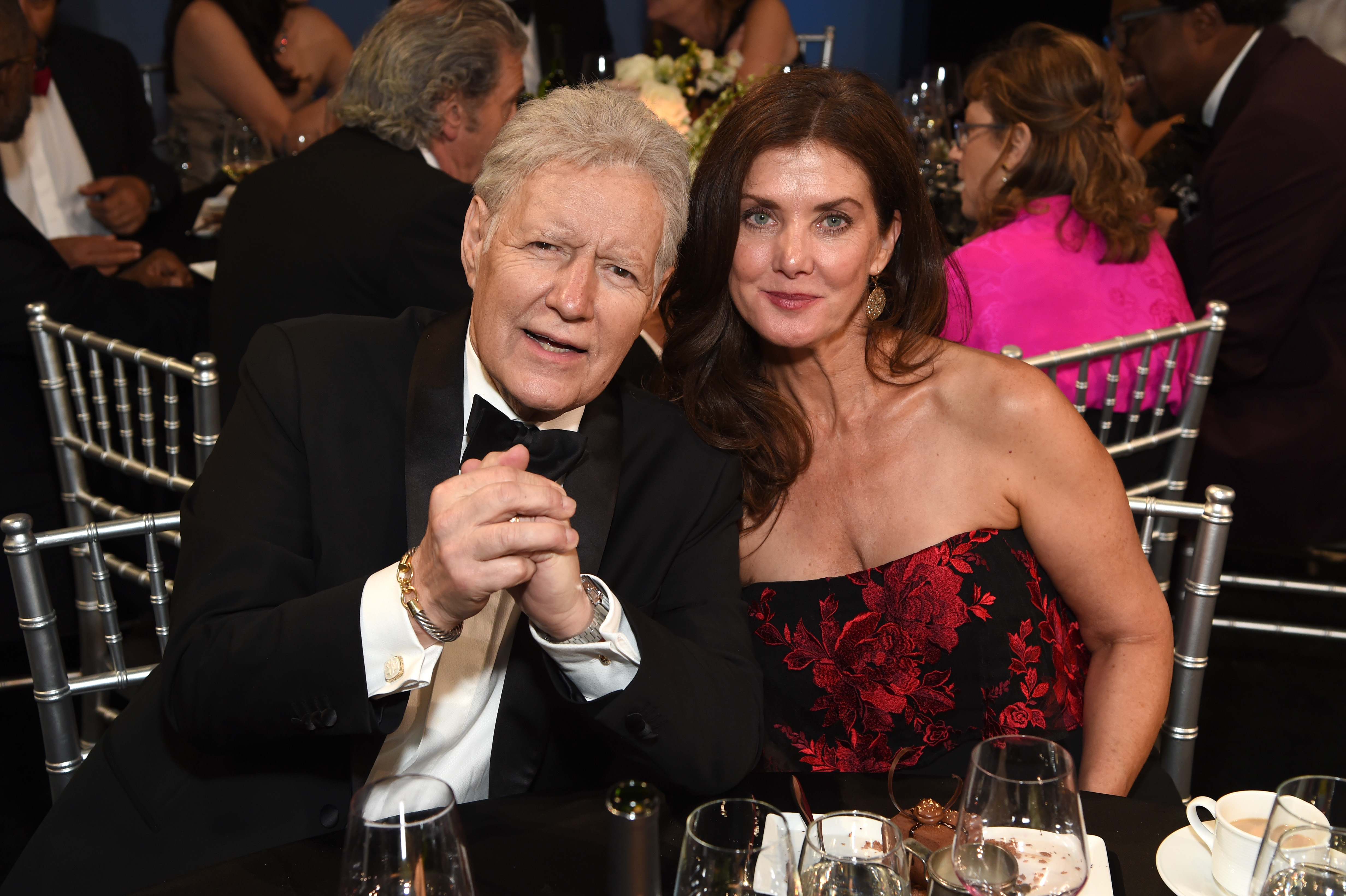 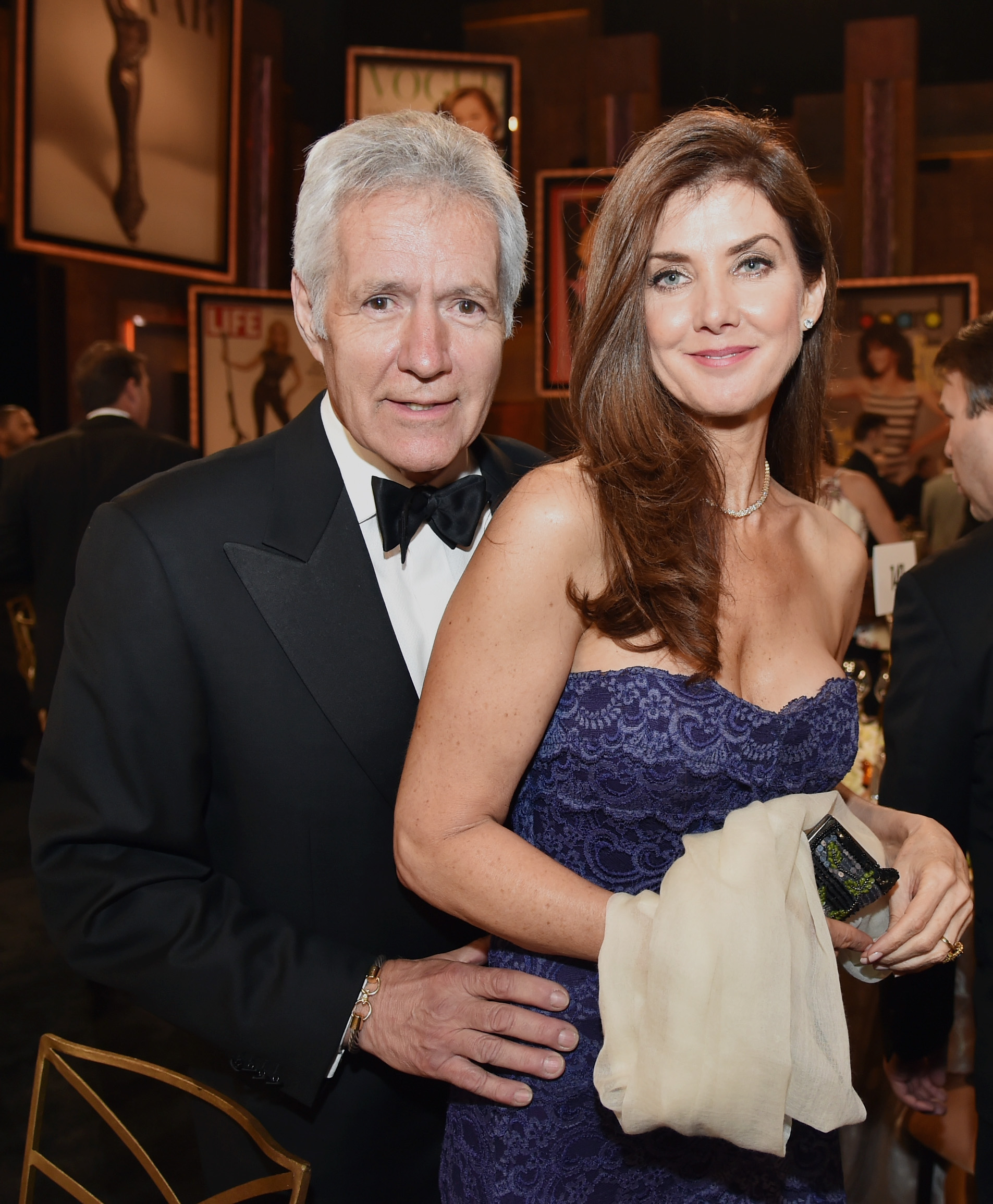 When speaking to Good Morning America prior to his death, the beloved host said: “There was one day a few weeks ago when Jeannie asked me in the morning, ‘How do you feel?’ And I said, 'I feel like I want to die.’ It was that bad.

“I apologized to her and explained that it has nothing to do with my love for her or my feelings for her.

"It just has to do with the fact that I feel like I’m a terrible burden to her. And that bothers me tremendously. I’m just in awe of the way she handles it.”

Since his passing, Jean spoke out saying their family is "truly touched" by the "compassionate messages and generosity.

Your expressions have truly touched our hearts. Thank you so very, very much. Many Blessings to all, Jean Trebek."