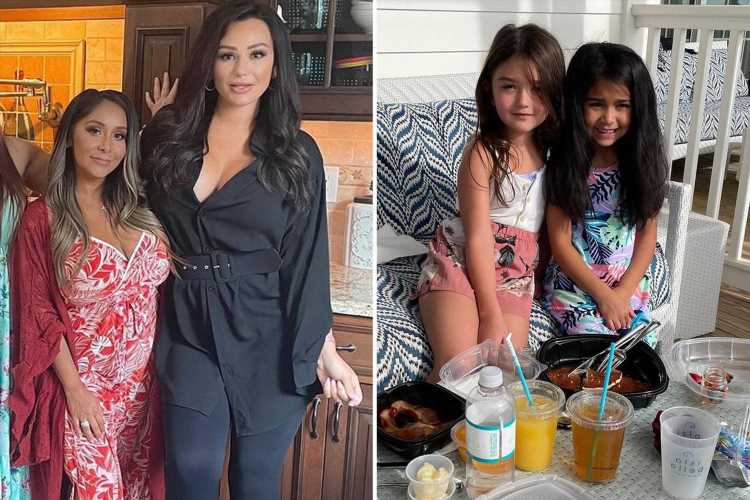 NICOLE "Snooki" Polizzi and Jennie "JWoww" Farley's daughters Giovanni and Meilani looked like their twins on the cast's Florida trip.

Jersey Shore star JWoww shared adorable photos of their young girls posing in matching face masks and bikinis during their vacation together. 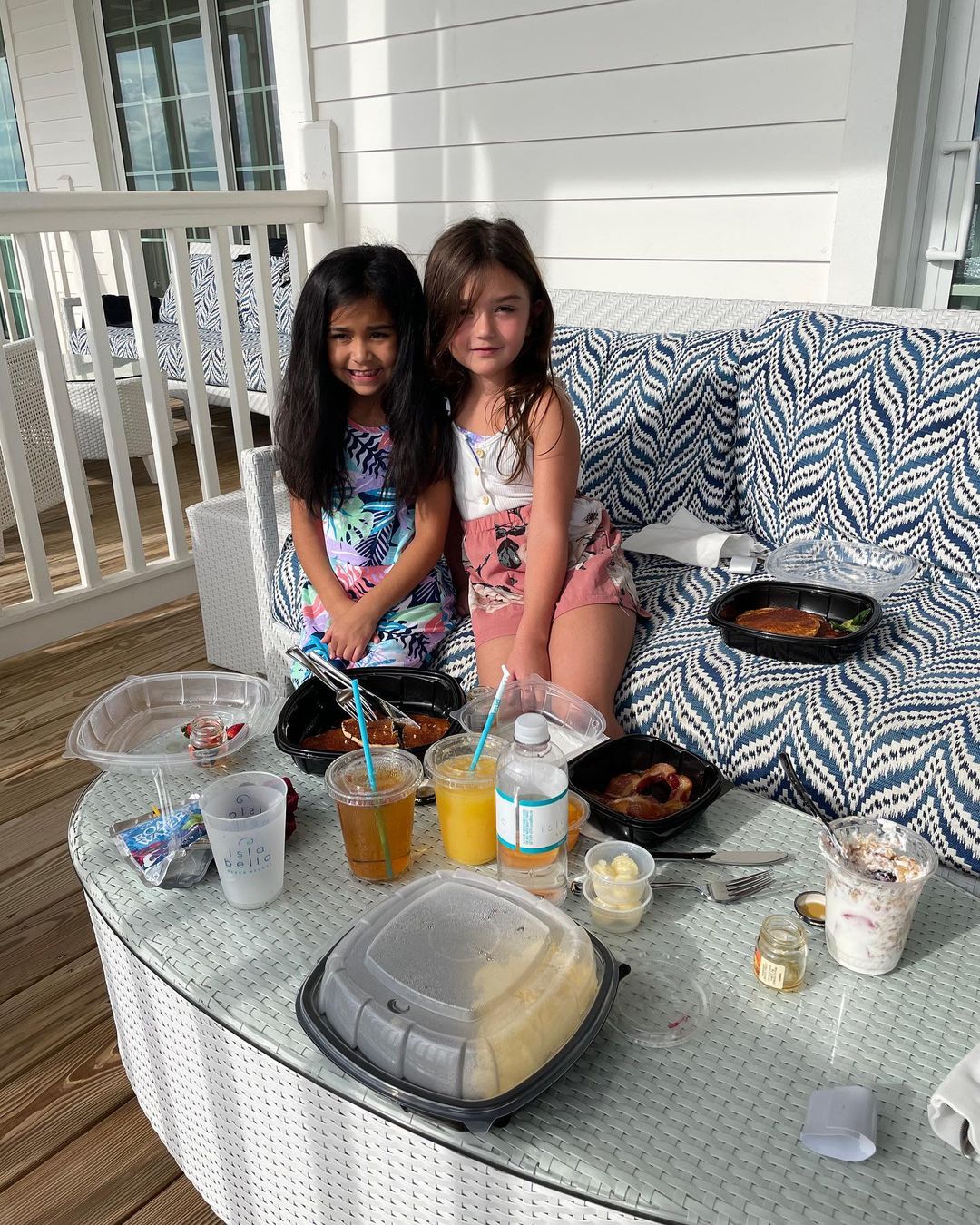 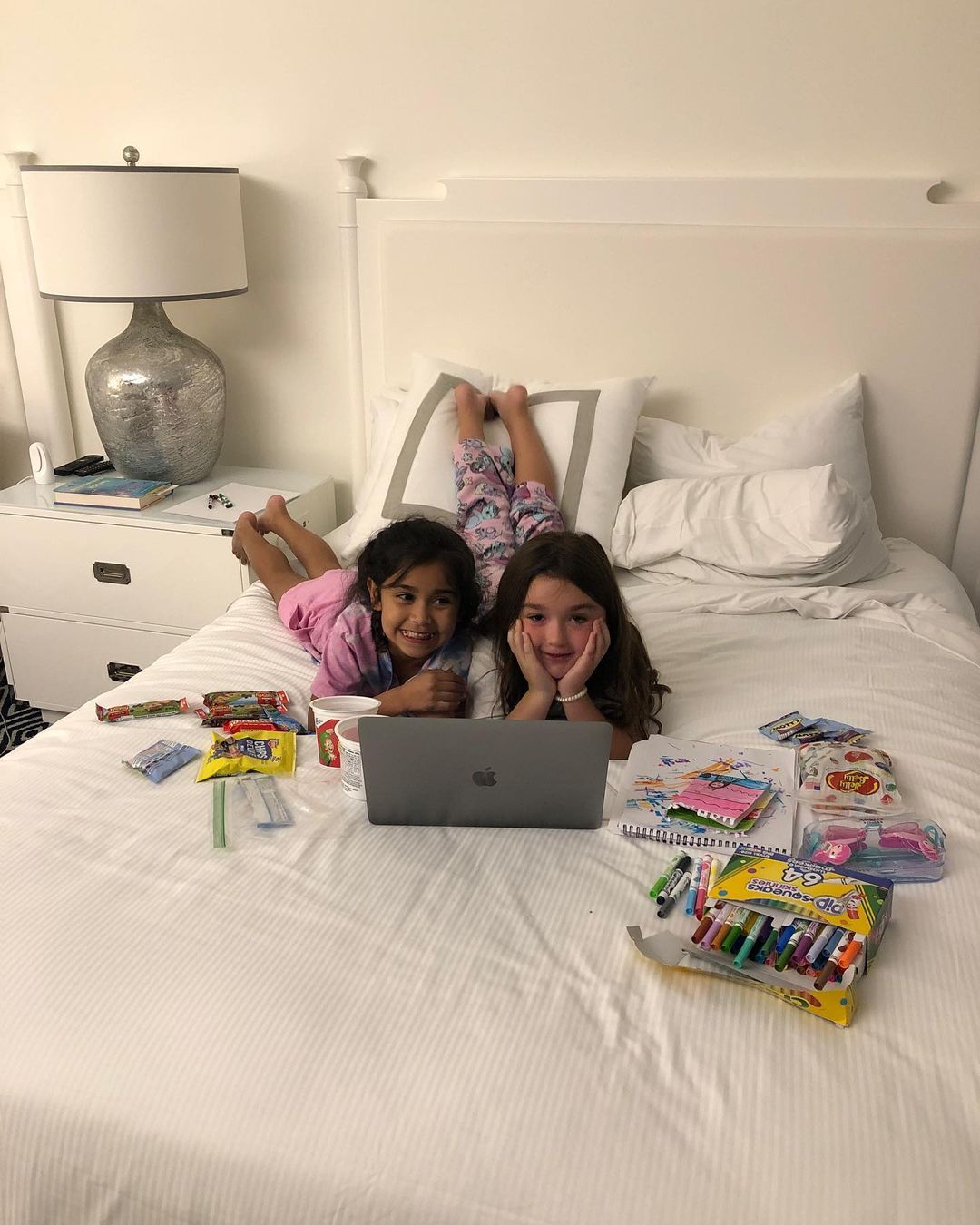 Giovanni, seven, and Meilani, six, were the spitting image of their famous mothers in a sweet montage to their time together.

The youngsters indulged in face masks and pampering in their pajamas, before coloring in and drawing together.

JWoww captioned a post dedicated to their children: "Snooki & Jwoww 94’."

Her MTV costar Mike "The Situation" Sorrentino was quick to comment,"I'm not crying, you are," and his wife Lauren added: "The cutest besties."

JWoww is engaged to fiancé Zack Clayton Carpinello and shares Meilani and Greyson Valor, five, with her ex Roger Mathews.

Snooki and her husband Jionni tied the knot in 2014, and they share three kids together: Lorenzo, nine, Giovanna, seven, and Angelo, two.

The reality star, 33, has been plagued by rumors for weeks that her marriage to Jionni is on the rocks.

Speculation was fueled by her frequent outings without her wedding ring.

Earlier this week, Snooki ditched her wedding ring while wearing a low-cut red dress for a glam new mirror selfie.

She previously admitted she sleeps in separate bedrooms from her husband.

"I sleep with my daughter and then Jionni sleeps with Lorenzo in his bed," Snooki told Us Weekly at the time.

The reality star said that she feels "no shame" over the parenting choice and tried to squash any divorce speculation at that time, as well.

She shared that she still makes sure to enjoy "romantic times" with her husband.

"We’ll text each other and be like, 'Want to meet me in the guest room?' It’s kind of cute that we have that, like, all over the house," she explained.

Fans took to social media to express their concern over their relationship status when many noticed Snooki's husband rarely appeared on her social media.

Back in January, Snooki took to her Instagram Stories to set the record straight about her marital status.

In a black and white selfie video, Snooki said: “I just read some conspiracy theories about myself from fans noticing that I don’t wear my wedding rings anymore.

“I do this all day. I’m a mother of three. I don’t need to be wearing the ring around the house or to run and go get Starbucks."

She added with a serious tone: “It’s just not my thing." 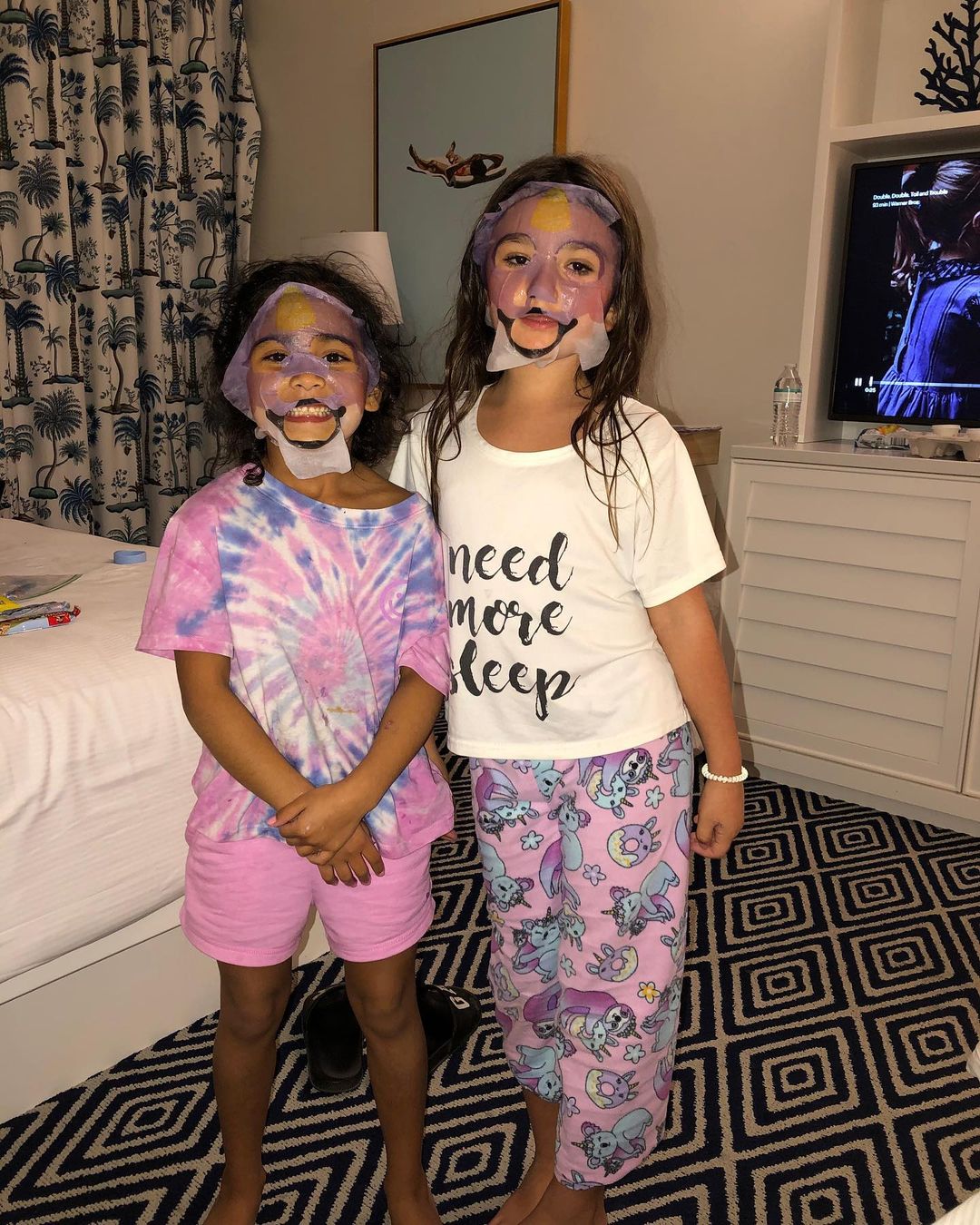 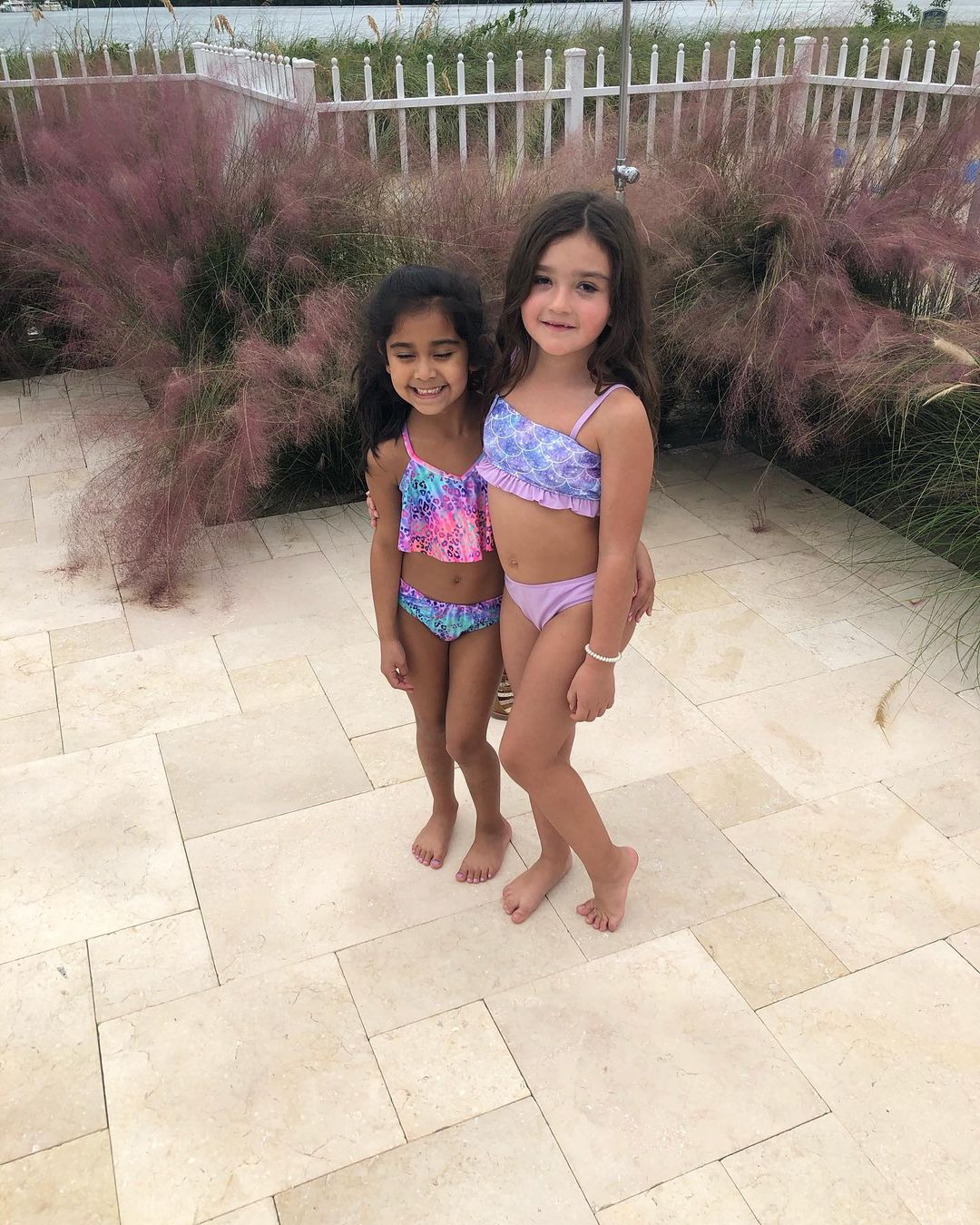