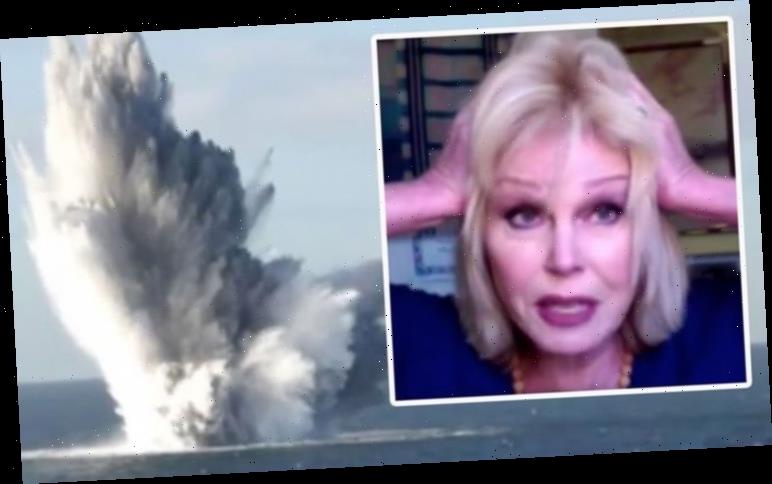 Joanna, 74, joined ITV stars Piers Morgan, 55, and Susanna Reid, 50, to talk about a number of matters, from life in lockdown to her passion for protecting the environment. This led her to talk about the Stop Sea Blasts Campaign, informing Good Morning Britain viewers how the detonation of World War bombs in the ocean is causing harm to the life living in the waters. As she expressed her fury over the atrocity being committed and a safer system which could be used to protect the sea life, the actress explained the Government know about such a system and expressed her desire for them to implement it as soon as possible.

The Absolutely Fabulous star said: “The thing is offshore wind farms are very good – we need all the power we can get and green energy we can get so that is marvellous.

“They have to be built on the ocean bed and therefore, the ocean bed has to be cleared of over a thousand tonnes of ammunition left behind the from the first and second World Wars.

“At the moment what they do is they go in and they blow them up and there’s an exciting looking torrent of water which goes up in the air.

“What this does is, first of all, it disperses millions of dangerous chemicals into the water. It kills millions of fish. 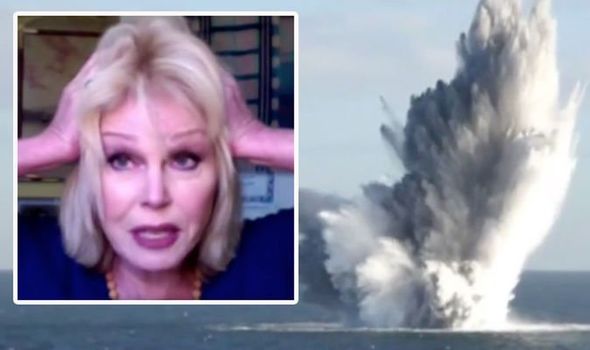 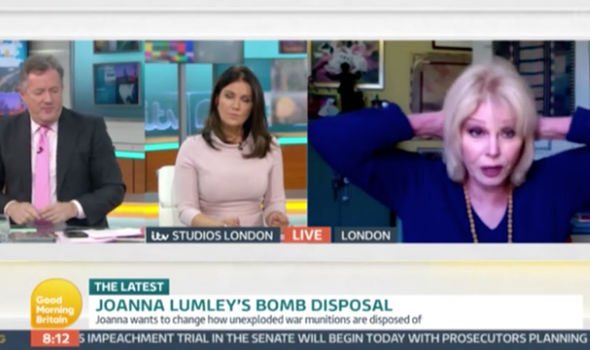 Joanna continued: “They hoot and tweet to each other and they have their pods, that’s how they live their lives and when that’s damaged, they can’t do anything.

“They get stranded or they go out to sea, they starve and they die,” she added, explaining the perils of the situation.

Discussing the alternative, the actress added: “There’s no need for this because there is an alternative. Exactly the same price and just as effective system.

“It’s called deflagration so instead of blowing the thing up, they fire a cone into the bomb on the sea bed and it burns it out from the inside.” 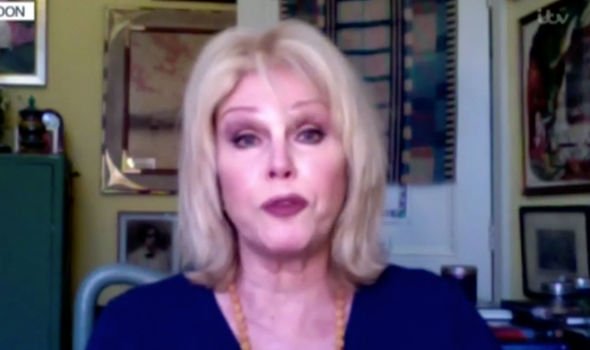 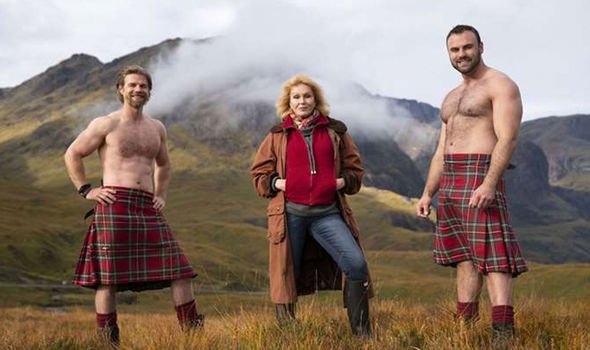 “[The bombs then get] scooped up and taken away,” she shared before Joanna called out the Government for knowing about the new alternative system.

“The navy, it’s been on their hands [the new system] for ages and they often use it when they need to but for some reason, there’s a standoff.

“People are going, ‘This could really work’. Well, make it work because at the moment, the green agenda has been nudged aside by the natural anxiety about what’s going to happen to the human race.”

“But Piers and Susanna, what’s happening to the natural world is absolutely horrific,” Joanna told her interviewers.

Taking to Twitter, those watching the programme at home expressed their opinions on the movement the actress was campaigning for.

One viewer wrote: “Does anyone else just love listening to Joanna Lumley? She could sell or tell me anything and I’d lap it up #GMB.”

Joanna Lumley reveals Rod Stewart dedicated a song to her

Following her appearance on the news show, the actresses documentary programme continues on ITV on Tuesday evening.

The second episode of Joanna Lumley’s Home Sweet Home – Travels in My Own Land sees the Absolutely Fabulous star ventures to the Outer Hebrides.

Viewers will see her delve into the Harris Tweed industry and herd some Highland cattle to their winter location for grazing.

Before long, she heads over to Northern Ireland and visits one of the iconic scenes from Game Of Thrones.