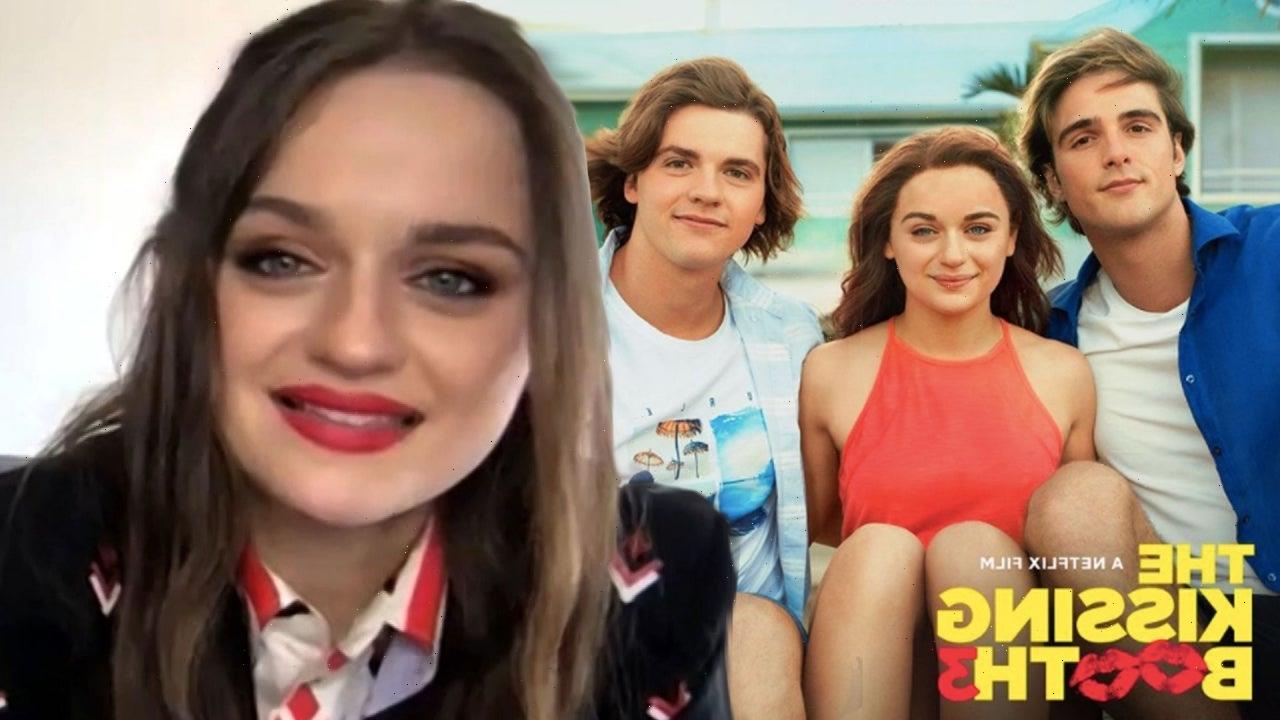 Joey King is reminiscing about her time on The Kissing Booth. The 21-year-old actress is saying goodbye to the Netflix movie franchise when the third and final installment premieres Aug. 11. King, who looks stunning on the cover of Glamour Mexico, opened up about one of her favorite Kissing Booth scenes with one of her many leading men.

“There are so many it’s crazy, I always laughed on set. One memory that comes to mind was learning all the dance scenes with Joel [Courtney] for the first movie,” she recalls. “We were so exhausted and delirious that we decided to do all of our dance choreography like we were made of jelly. Our limbs were spinning all over the place, and it was the most ridiculous but fun thing ever. One of my all-time favorite memories.”

The Kissing Booth 3, meanwhile, sees King’s Elle Evans deciding if she will be moving across the country with her boyfriend, Noah (Jacob Elordi), or fulfilling her lifelong promise to go to the same university as her BFF, Lee (Courtney).

King says that “playing Elle over the past few years has been one of the greatest joys of my life.”

“She and I have the same sense of humor, the same love for our friends, and the same desire not to ever lose our childlike spirit that makes us laugh,” she shares about all the things they have in common. “I feel at home with Elle and I am very lucky to be able to play her.”

King and Elordi previously dated in real life, but called it quits before shooting the sequel. In a July 2020 interview with ET, the actress admitted that dating in the public eye can be “brutal.”

“In this world, everyone wants to know your business and what you’re doing,” she said at the time. “I think it’s very interesting when you go through things and people kind of feel like they’re owed an explanation, but I understand.”

In an August interview with Cosmopolitan, King admitted that it wasn’t easy working with her ex-boyfriend, but she wasn’t going to let her personal life get in the way of her job.

“No one’s thinking to themselves, ‘That was easy,’ because it wasn’t,” King said of filming the sequel with Elordi. “I’m sure people will analyze every movement and every detail. And you know what? Let them. But at the end of the day, I was just thrilled to be Elle Evans again.”

“Elle Evans needs her Noah Flynn, and whatever that means for my personal life, I’ll do anything to make sure the story of my character who I care about so much is complete,” she added.

Meanwhile, King is looking forward to her upcoming projects, telling Glamour Mexico, “I’m really surprising myself this 2021, which feels really good. I like to step out of my comfort zone and challenge myself, sometimes brutally but in a good way.”

Among the movies she’s extra excited about is Bullet Train. “Bullet Train is one of those movies that I always imagined that I would only hear about as an actress but that I would never get to be a part of,” she mentions. “You dream of being on a film like that, but that’s all it seems like, a dream. I feel so lucky that that dream came true now. David Leitch directing, Brad Pitt starring, amazing script, do I need to continue? What an opportunity! My character, Prince, is a wild card. Can’t say much.”

For more on King, watch below.