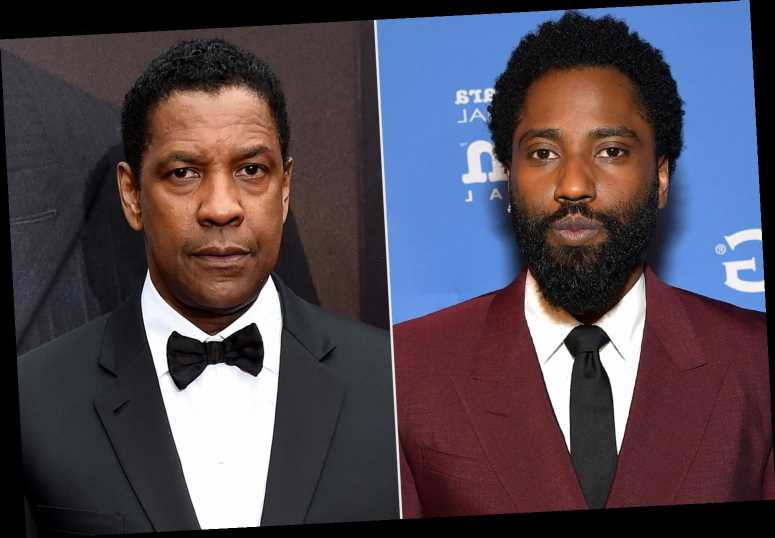 John David Washington is opening up about how his famous father, Denzel Washington, inspired him to pursue a career in acting.

In a recent interview with WSJ. Magazine, the 36-year-old Malcolm & Marie actor said that he "always" wanted to act like his father.

But, as John David noted, being in the shadow of the renowned actor didn't always make the feat easy. "I jumped in and hid in this football persona, this athlete, literally putting on a helmet to hide my face, hide my identity," he told the outlet, noting his brief NFL career. Back in September, John David opened up to PEOPLE about Denzel, 66, and his mother, Pauletta Washington, and detailed how they have both inspired him throughout his life.

"Pauletta Washington gives me inspiration," John David said of his mom, 70. "That's my mother, the most consistent person in my life."

As for his dad, John David said the Oscar winner is "my favorite actor."

"I think the best actor in the industry, in the business, is my father," he said at the time. "I'm inspired by the kind of career he's had and what he's had to do. Again, he's been on the frontline for many years and what he's done with it, with his opportunities, I just am so inspired and continue to be inspired by what he does and how he works and his approach to the craft and the business." Also in the WSJ. Magazine interview, John David touched on what it has been like for him to step out from his father's shadow, telling the publication that he even kept his 2014 audition for Ballers a secret from his father until he was told that he had secured the role.

"I just wanted to prove to myself that I could do it," Washington said. "I'll never forget how he expressed how proud he was of me. That was a great moment for me."

And while Denzel often expresses how proud he is of his son, earlier this month, John David sent his father some special praise after Denzel was named the best actor of the 21st century by The New York Times.

In a recent interview with Access Hollywood, Denzel got emotional when the correspondent revealed the sweet praise that John David shared with the outlet back in December, telling Access "it's about time" his dad received the recognition.

"I think he is one of the greatest to ever do it so it was a very proud moment for our entire family," the Tenet star said of his dad.

"Wow. I'm speechless," a teary-eyed Denzel, 66, said after Access correspondent Sibley Scoles read him the quote. "I forgot what the question was but I'm speechless. I didn't know he said that."