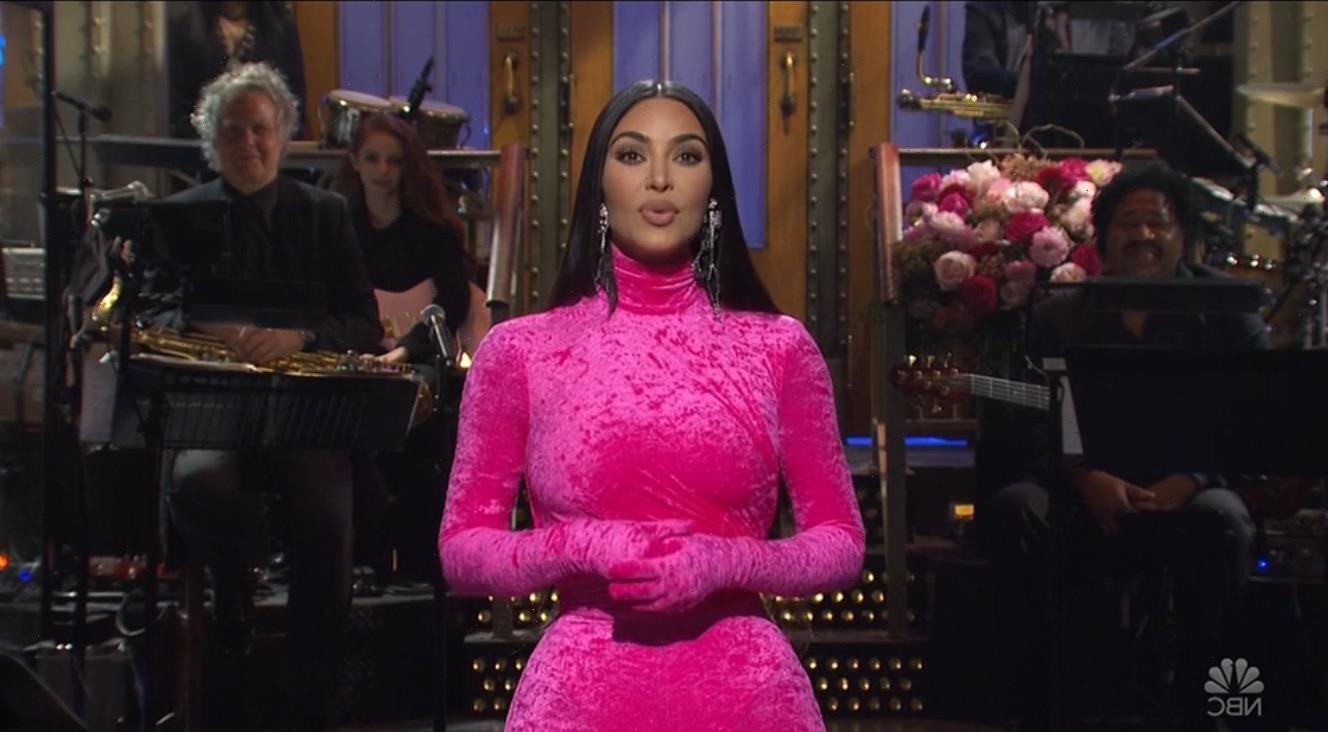 Her 20-hour rehearsal days proved worth it as she thrilled fans by poking fun at herself – and her nearest and dearest. 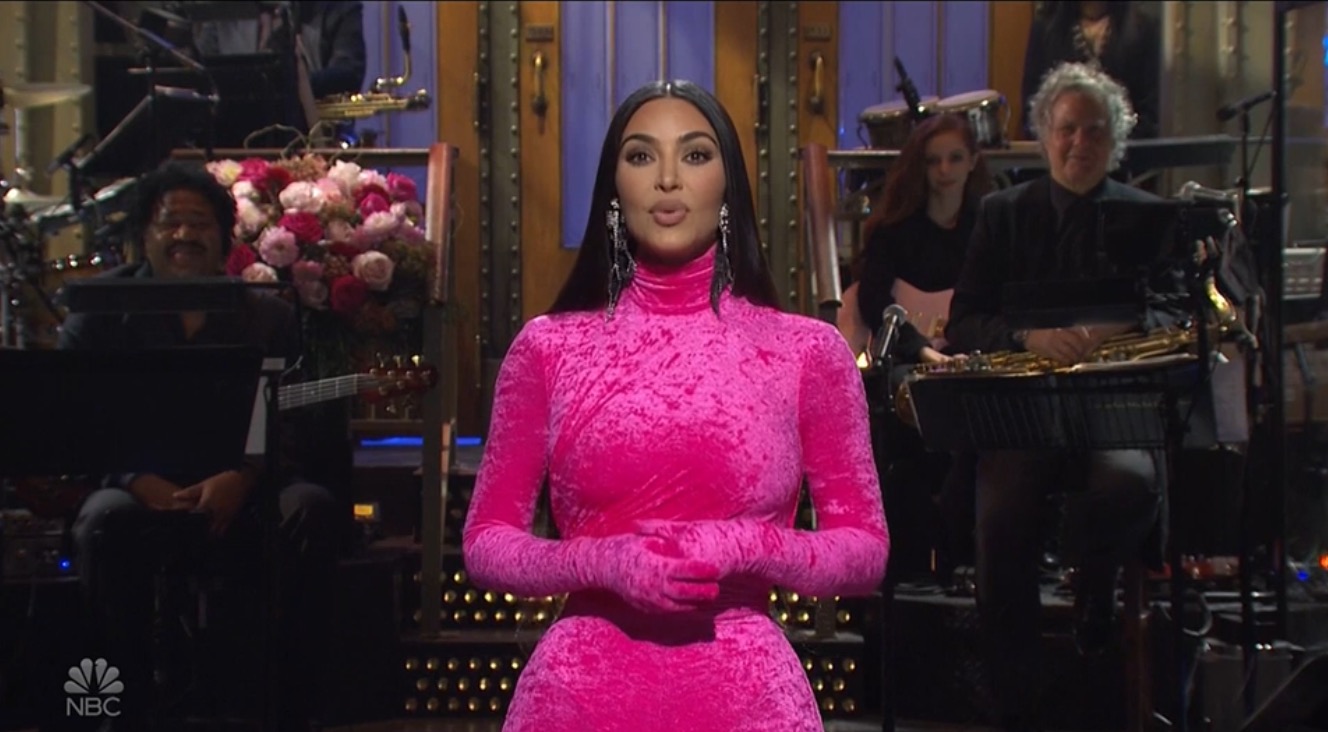 Her ex Kanye West, step-dad Caitlyn Jenner, her mum's "gold-digging" boyfriend Corey and OJ Simpson were all the butt of the joke in the four-minute takedown.

Kicking off, confident Kim said: "I know, I'm surprised to se me here, too."

Referencing her x-rated sex tape rumoured to have been leaked by Kris Jenner, Kim added: "I mean, I haven't had a movie premiere in a really long time.'

"Actually I only had that one movie premiere and no one even told me it was premiering.

"It must have slipped my mum's mind."

Family friend Simpson was acquitted, but a civil court jury found him liable and ordered him to pay $33.5million.

Addressing the fatal stabbings, Kim said of OJ: "It does leave a mark. Or several. Or none at all. I still don't know."

Even her ex Kanye West didn't escape a grilling – despite them splitting on good terms.

Explaining why she filed for divorce, Kim said: "I married the best rapper of all time.

"The richest black man in America, a talented legit genius who gave me four incredible kids.

"When I divorce him you have to know it came down to one thing: his personality."

The billionaire went on to defend herself over being a "gold digger" – and threw a shot at her mum's toyboy Corey Gable.

"The one thing I'm really proud of is that no one could ever call me a gold digger," said Kim.

"Honestly, I'm not sure how you even become one.

"So I asked my mom's boyfriend, Corey."

Kris came under fire over Caitlyn Jenner's shock transition after 25 years of marriage.

Saying how lucky she was not to have been named "Karen" by Kris – who has named all her daughters with the letter "K" – Kim said: "I don't know how she saw that one coming and not Caitlyn."

The mum-of-four also mocked her sisters Kourtney and Khloe Kardashian for attempting to look like her, as she joked: "I'm so much more than the reference photos that my sisters showed their plastic surgeon."

According to an insider close to Kim the Saturday Night Live writers were “impressed” with how much she was “willing to poke fun of herself.”

In a series of hilarious sketches, Kim played a television judge on a spinoff of The People's Court, titled The People's Kourt, starring as Kourtney Kardashian.

Khloe Kardashian and Kris Jenner played themselves during the fake family legal drama.

And fans were shocked when Kim shared a kiss with Pete Davidson as she played Princess Jasmine.

The two shared a smooch on a magic carpet ride.